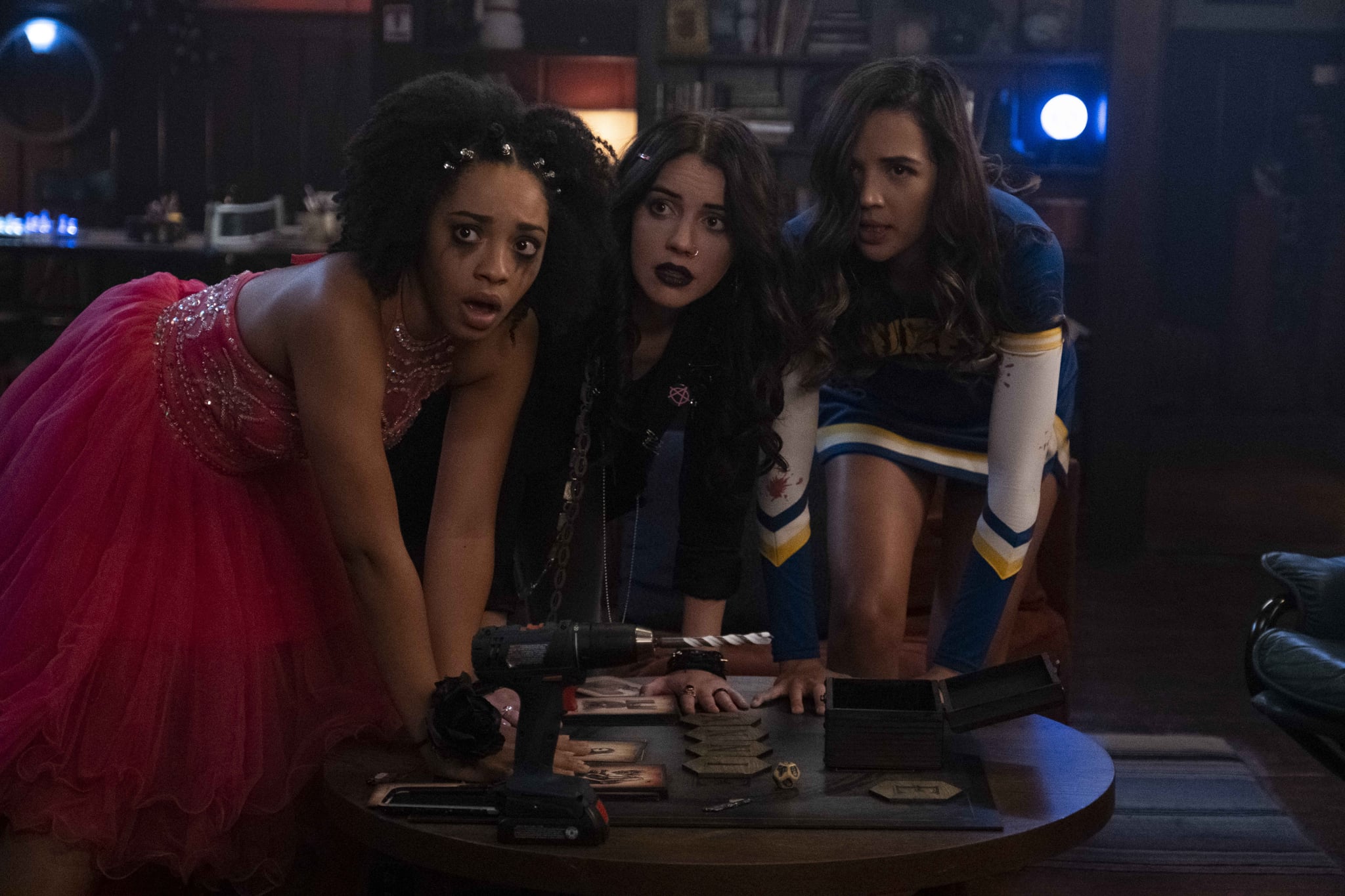 Viewed through a certain lens, Jumanji can be classified as a horror film. A young boy being sucked into a board game, left to fend for himself in the wild for decades? Another young boy turned into a hideous monkey-person? Giant, skittering spiders dripping with poison? A massive, bloodthirsty plant? All the Robin Williams jokes in the world can't erase the fact that the 1995 movie is essentially a nightmarish spin on every parents' "it's just a game" ethos. There's no mistaking the genre of the Halloween-themed episode of Hulu's Into the Dark, though, which takes the scariest elements from Jumanji and runs with them.

Into the Dark is Hulu's anthology series in partnership with Blumhouse, which has steadily churned out an episode of season-appropriate horror since premiering last October. Though it's usually hit-and-miss — I recommend December's "New Year, New You," episode starring Suki Waterhouse and Carly Chaikin, and Martha Higareda's strong performance in July's "Culture Shock" — the latest installment offers some decently solid spooks.

The season two premiere is titled "Uncanny Annie," and sets things up for a run-of-the-mill slasher affair: a group of unsuspecting college students (Adelaide Kane, Georgie Flores, Paige McGhee, Jacques Colimon, Dylan Arnold, and Evan Bittencourt) guzzling beer on Halloween while trying their best to bury a harrowing trauma from their past. But rather than sticking a deranged serial killer on the friends, the show weaves in a chilling twist when one of them finds a mysterious board game in the basement and brings it up for everyone to play — the game is haunted by a petulant child in need of serious dental work! Ah!

In all seriousness, Annie herself (played by Karlisha Hurley) succeeded in scaring the sh*t out of me. She does this twitchy, creaking neck snap that set my teeth on edge every single time, and the idea of her brutally murdering me just to trap my soul in a black, endless purgatory is bleak. But the crux of the game — and in turn the episode — is that Annie doesn't actually need to do much to destroy the friends, who soon find themselves trapped in a terrifying alternate universe and unable to call for help once they start playing; by refusing to tell the truth and struggling to keep their darkest secrets under wraps, they seal their own fates.

Kane and Flores, who play BFFs who try to maintain their loyalty to each other while Annie attempts to tear them apart, are particular standouts, and I was surprised at how dark the story was willing to become. Overall, despite some questionable production values — the episode relies on cheap jump scares, and I was disappointed to see that one of the "creatures" that arrived to terrorize the group was actually just . . . an old dude — "Uncanny Annie" is a fun, entertaining hour and a half of television to check out this month (on top of the billion other options currently streaming).

Into the Dark season two premieres on Hulu on Oct. 4.