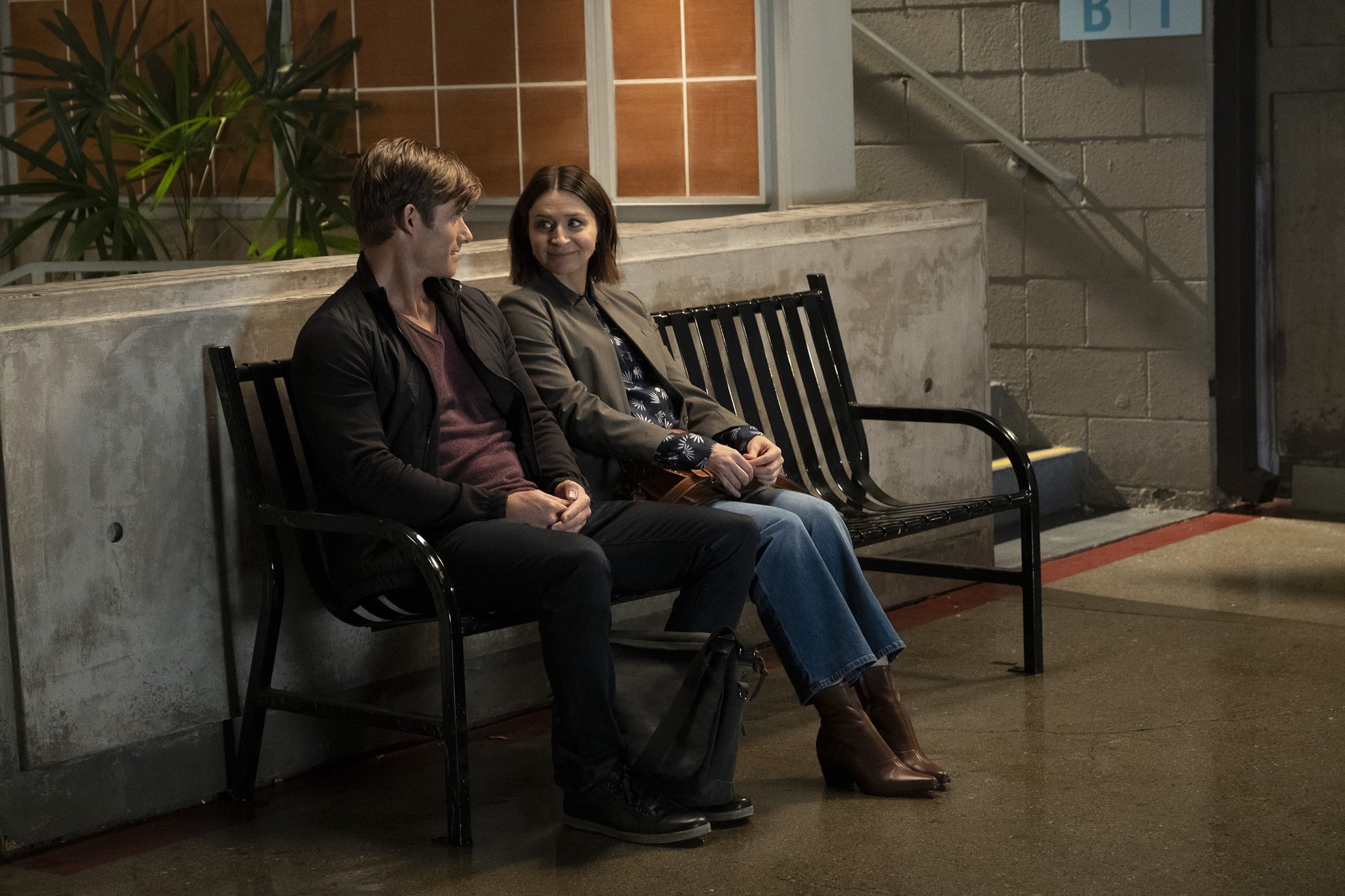 Warning, spoilers for the season 16 premiere of Grey's Anatomy!

Grey's Anatomy always knows how to start off a season with a bang, but even we weren't expecting the most surprising moment of the season 16 premiere: Amelia is pregnant!

The jam-packed premiere episode titled "Nothing Left to Cling To" didn't hesitate to get right into the action, jumping from the breakup of Jackson and Maggie, the second proposal between Alex and Jo, and Richard and Alex finding new work at Pac North, otherwise known as the worst hospital in Washington. Owen and Teddy also decided to move into a new home for themselves and Meredith learned that her medical license is in danger — but honestly, Amelia's big surprise trumped them all! And it all started with her trying to take it slowly with Link.

Despite a misunderstanding that causes Link to believe that Amelia has dumped him — she hasn't, she just wants to take it slow, given her history of jumping too quickly into relationships — the two step into the dating game and, as the episode flashes forward in time, we see them getting to know one another. One of their conversations leads to talk about threesomes, which Amelia reveals she's never had. Link's gung-ho attitude about them inspires her to seek out Carina (Stefania Spampinato) to ask if she'd be interested in joining them for a night. But rather than securing a sexy appointment, Carina points out all the clues she's gleaned that Amelia is expecting. All Amelia can say is, "Oh my god," which is pretty fair considering the circumstances.

While the preview for episode two shows Amelia breaking the news to Link in the abrupt, straightforward way that only she can, it doesn't answer the biggest question I have regarding the news: is Link the father? With all the time jumping and the partner switching, it's hard to pin down if there's a possibility that Amelia's baby (if she is actually pregnant and everyone's not getting ahead of themselves) could also be Owen's. Frankly, I really hope not because that man already has too many babies. So, I'm banking on Link being her possible baby daddy, if only because it'll lessen the amount of drama in the future.

The real question is, what are they going to do? Amelia and Link just spoke about taking it slow, and now they might have a baby on the way! We'll have to wait to see what happens, but season 16 is already off to a spectacular start.