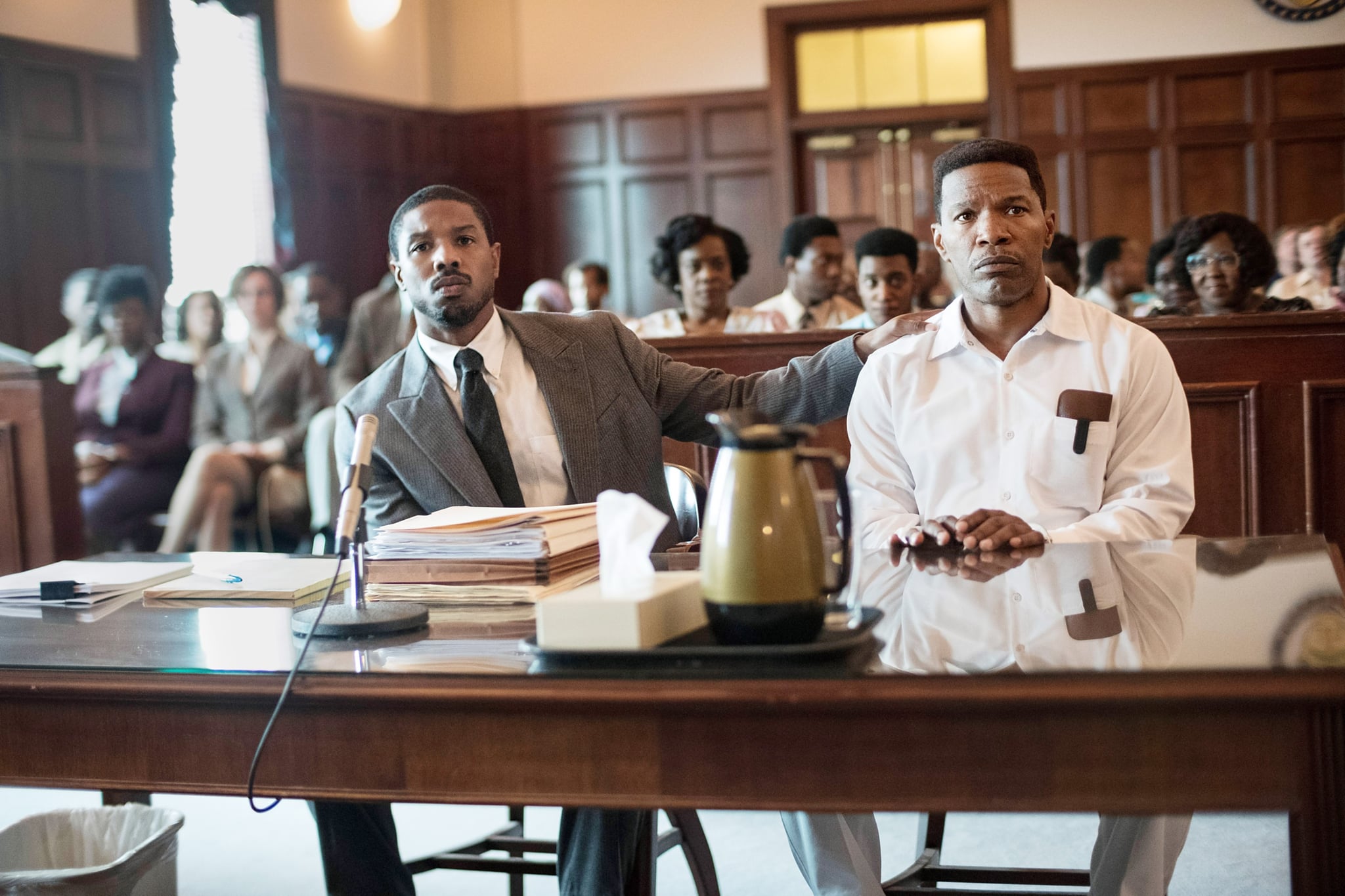 The trailers for Just Mercy show an intense courtroom showdown over a man wrongfully convicted of a horrendous crime, but the true story behind it is even more devastating. In 1986, a Black man from Alabama, Walter McMillian (played by Jamie Foxx), was arrested and convicted for the brutal murder of a young white woman, despite having a clear alibi. It's no wonder the story was picked up to be made into a movie — it's a tense and often terrifying look at the injustices in the justice system, and not in the distant past, but in the near-present.

McMillian was accused of the murder of Ronda Morrision, a white woman who worked as a clerk at a dry cleaners. A new sheriff, Tom Tate, was under a lot of public and political pressure to find the culprit, and, seemingly without cause, his office arrested McMillian. According to Pete Earley's book, Circumstantial Evidence: Death, Life, and Justice in a Southern Town, McMillian told officers that he was at a church fish fry at the time of the murder, with plenty of witnesses (including a cop), but Tate reportedly replied, "I don't give a damn what you say or what you do. I don't give a damn what your people say either. I'm going to put 12 people on a jury who are going to find your goddamn Black ass guilty." McMillian had some social notoriety at the time for his romantic affair with a white woman; his son also married a white woman.

Unusually, McMillian was immediately sent to death row: he spent 15 months on death row before he had even had his trial. There were several other procedural moves, such as the presiding judge, Robert E. Lee Key, Jr., moving the trial from its original county to one nearby that happened to be overwhelmingly white. There were many witnesses testifying that McMillian was at the fish fry, and no physical evidence, only the word of four state's witnesses, including one, Ralph Bernard Myers, who was indicted and convicted alongside him. He was almost immediately convicted and sentenced to death, a sentence imposed by Judge Key personally, who overruled the jury's recommendation of a life sentence.

Later that year, a young attorney, Bryan Stevenson (played in the film by Michael B. Jordan) took on McMillian's case, despite a threatening call from Judge Key advising him to not take it on. Four appeals were denied between 1990 and 1993. Myers admitted that he had lied on the stand about McMillian's involvement, revealing that he had been pressured by law enforcement and eventually had been told exactly what to say. Despite this, the Alabama appellate court denied the claims and upheld the conviction. In 1993, however, enough evidence piled up: it came out that the prosecutor had failed to disclose evidence that pointed towards McMillian's innocence to his attorneys, and the tape recording of Myers's confession turned out to have a reverse side that captured his complaints about having to lie about McMillian and implicate them both in a crime neither had committed.

When this evidence came to light, McMillian's conviction was overturned and a new trial allowed, and then all charges were dismissed. The district's attorney at the time (who had not been a part of the original case) was in favor of this, but denied that there had been any deliberate (or racially motivated) framing of McMillian. McMillian sued the officials who had framed him and, when it went as far as the Supreme Court, lost his case against Sheriff Tate, but settled for an undisclosed amount with the others. He died in 2013 after suffering from dementia in his final years, likely rooted in the trauma he suffered. It's easy to look at Just Mercy as an inspiring story of people determined to do right, but it's important to remember the flip side too: how hard they had to work to prove the truth because of how easy it was to manipulate the course of justice.

There's one more detail that makes this all the more haunting. The setting for all this race-based injustice? Monroeville — home of To Kill a Mockingbird's Harper Lee, whose famous novel tells a similar story. Thankfully, McMillian's story has a happier ending than that novel, but that doesn't erase the horrors of the injustice he faced.