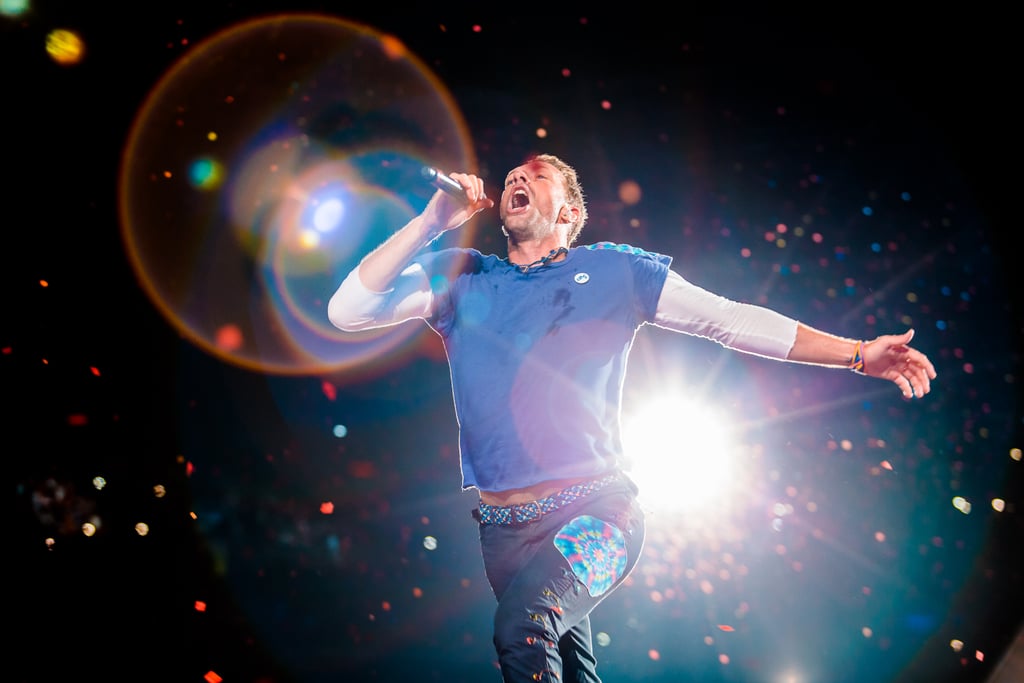 If you're in need of a weekend soundtrack, perhaps send Coldplay a thank-you note — the band just dropped two singles off of its upcoming double album, Everyday Life, for your listening pleasure.

The songs debuted after a few exciting announcements from Coldplay — like details about the new album via old-fashioned letters to fans and then a track list via newspaper classifieds — ending what seems like a one billion year run since Chris Martin and co. released new music. Both of the singles have that bouncy, dreamy quality Coldplay has become known for, with relatable lyrics like "I wanna know when I can go / back and get drunk with my friends" (same?) and "Comme deux ruisseaux / Qui se rassemblent / Pour faire les grandes rivières." (OK, maybe the latter example isn't as relatable.)

Listen to "Orphans" and "Arabesque" ahead before Coldplay's Everyday Life arrives in full on Nov. 22.

Related:
The Inclusion of Coldplay's "Yellow" in Crazy Rich Asians Is More Significant Than You Realize
Previous Next Start Slideshow
MusicColdplay