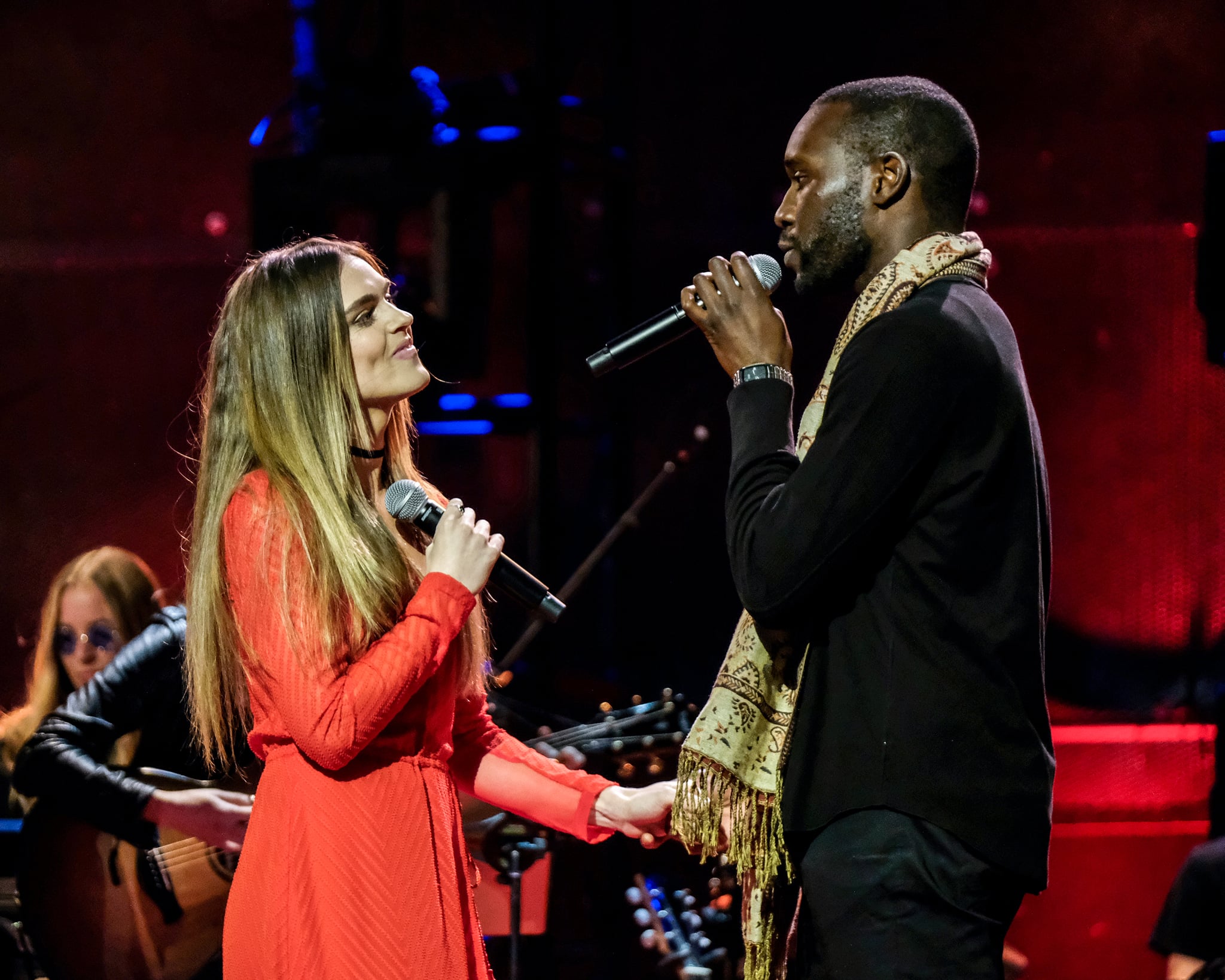 The Bachelor's spinoff series Listen to Your Heart has been filled with relationship drama this season, but there is one couple that has generally stayed away from it. Since meeting during the first night, Chris and Bri have had an instant connection. Whether they're running off to Guitar Center for a date night or they're performing "Beyond" by Leon Bridges, their chemistry is undeniable. So it should come as no surprise that the couple ended up winning the competition during the season one finale on Monday.

While they've been pretty private about their romance since the show first aired, they are now opening up about their relationship and what lies in store. During an interview with Entertainment Tonight, the couple confirmed that they are still together and are already talking marriage! "It's definitely been a topic of discussion," Chris told the publication. "But I'm not trying to get married tomorrow. And I know Bri isn't either. We're not trying to get married next month, but in the future, for sure."

Since the two are social distancing amid the coronavirus pandemic, they are currently in a long-distance relationship. "We are absolutely trying to be together. All this took us by surprise, and we were expecting to be together sooner or to have things opened up sooner," Bri said. "I have a compromised immune system, and so traveling is the biggest issue. I'm not super great with long-distance relationships in the past, but apparently when you find the right person, it isn't challenging. We've had lots of FaceTime dates. We talk multiple times a day. So, it's been really wonderful in a different way."

As for their music, the pair recorded an album together, titled Chris & Bri, and it's currently available on all streaming platforms. "Somehow, we made an album. In two months, in different states recording, in different studios, writing everything through FaceTime," Bri said. "I was able to come to LA for two weekends before the lockdown happened and then the rest was finished through FaceTime, and it was just insane." Their romance is quite literally a real-life love song!