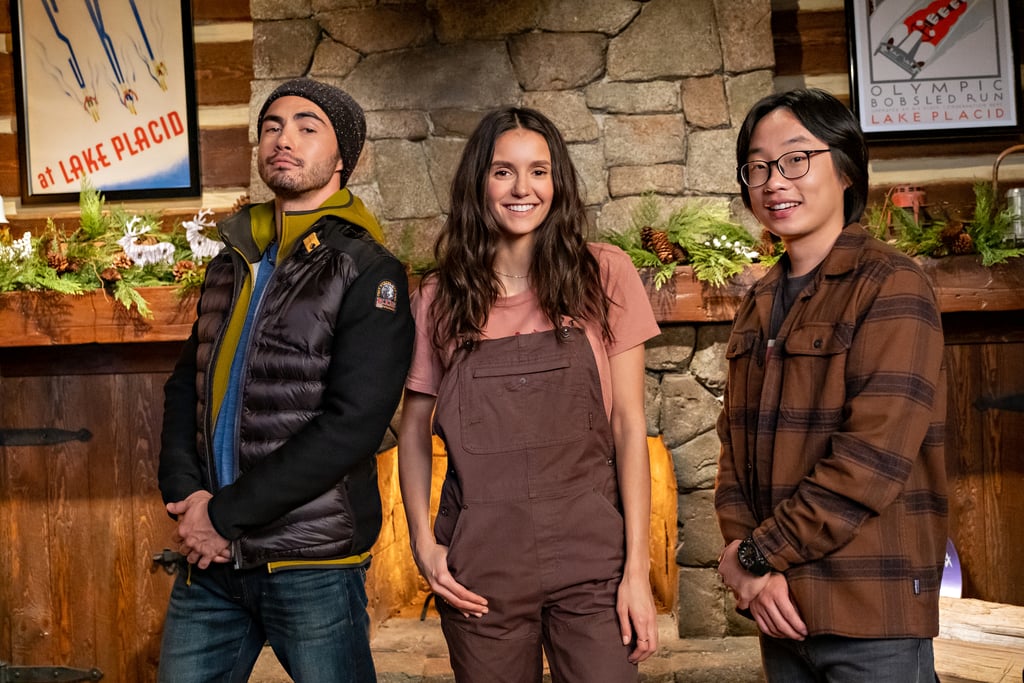 Netflix's Love Hard Is Perfect, If Cheesy Rom-Coms Are Your Thing

Cheesy rom-com season is upon us — and honestly, the Hallmark ones just don't cut it for me. When I saw Netflix's Love Hard trailer, I was excited because I love Nina Dobrev but super skeptical about the catfish angle. The trailer also gives away way too much of the plot. I mean, it's almost three minutes long, which is arguably a short film. In the trailer, you learn that Emily (Dobrev) falls in love with this guy named Josh (Jimmy O. Yang), whom she meets on a dating app. He also lives across the country. When Emily decides to fly from Los Angeles to Lake Placid, New York, she discovers that Josh isn't actually the man in the profile. He's been using photos of a guy named Tag (Darren Barnet)!

"It doesn't have to start real to be real," Netflix writes in the trailer, essentially giving the story away. Where's the mystery? Nonetheless, I watched the entire movie, and like any good rom-com, I was rooting for and against Emily. It's also worth noting that Emily is behind a dating column that relies on her having a bad time to help make her readers feel better about their lives. I also couldn't decide who the real villain was — Emily, Tag, and the real Josh are equally likable and unlikeable. That's part of the charm, I guess?

Overall, I enjoyed watching Love Hard, and if a friend asked to watch it one snowy afternoon over hot chocolate, I could watch it again. For now, you can check out the movie on Netflix, along with my unfiltered thoughts that I had throughout the film.