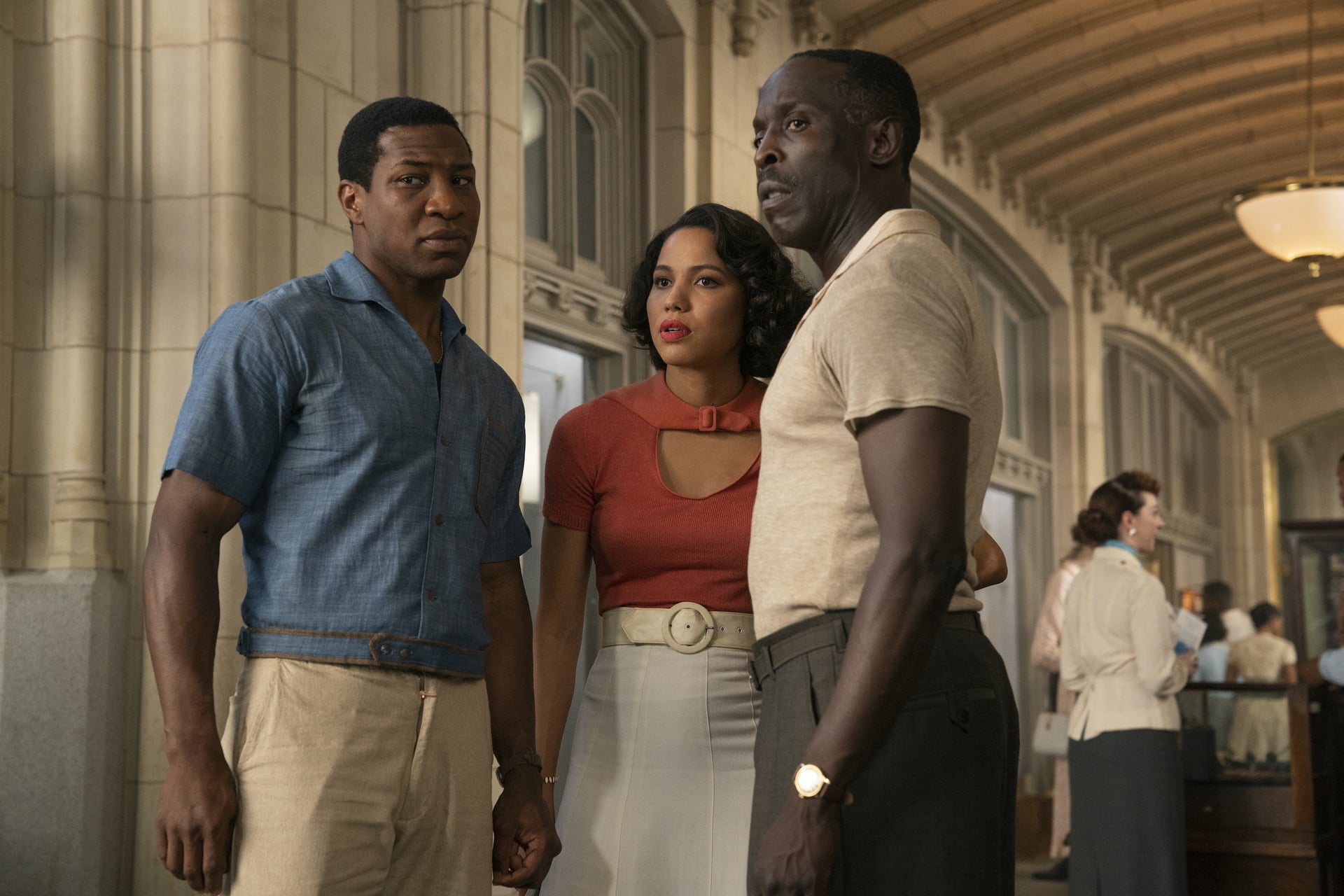 While Lovecraft Country's third episode, "Holy Ghost," felt like a horror movie, episode four, "A History of Violence," has Atticus, Letitia, and Montrose on an Indiana Jones-level adventure during the search for Titus Braithwaite's vault. Eventually, our trio loses the rest of the uninvited group (Hippolyta, Dee, and Tree) and are victorious in their quest to find Titus's pages. Just as it seems things are looking up for our heroes, Montrose slits the throat of the mysterious tattooed woman.

This left me wondering if he's actually a villain in the story or just misguided in his attempt to protect his family. Whether or not Montrose is the bad guy wasn't the only question I had after this episode. Here are all the answers you may need after watching Lovecraft Country's fourth episode!

What Is the Significance of the Order of Ancient Dawn?

"Adam named. Eve f*cked. God brought forth monsters. Monsters devoured. God smites Eve." These are the words we see Montrose read from the Order of the Ancient Dawn before he burns the book. Later in the episode, he uses these words as the code to keep the group from falling to their death as a result of a disappearing plank. When Atticus asks how Montrose knows the code, Montrose finally tells the group it's because George had given him the book the night he died. The Order of the Ancient Dawn, the bylaws for the Sons of Adam, is one of the books George looks at during their imprisonment at Ardham. It's the reason Montrose knows so much about the group.

How Does Hippolyta Get the Orrery?

While searching for Dee during "Holy Ghost," Hippolyta is drawn to the room with the orrery in the Winthrop house. When Letitia's neighbors are trying to vandalize the home, it's gone. This suggests that she takes the orrery during the commotion of the housewarming party. As to why she takes it (she's not aware of the fact that it's the key to Hiram's time machine), she likely swipes it due to her fascination with the stars. Another theory is that some bigger force is driving her to it, especially because it almost seems as though she's drawn to the object, as if in a trance.

Is Captain Lancaster in the Sons of Adam?

It's unclear whether Lancaster is officially a member of the Sons of Adam. In "Holy Ghost," he's the one that tells Letitia about the bodies buried under her house, and it's implied he's the one that supplies them to former Winthrop House owner Hiram. During his conversation with Christina, he talks about "his lodge" in reference to being a follower of Hiram and Horatio. Horatio's sect isn't official, which suggests that Lancaster's membership isn't either. Regardless of the legitimacy of his membership, some sh*t is bound to go down between Lancaster and Atticus based on his knowledge of the Sons of Adam and the fact that he literally has someone imprisoned in a secret closet. 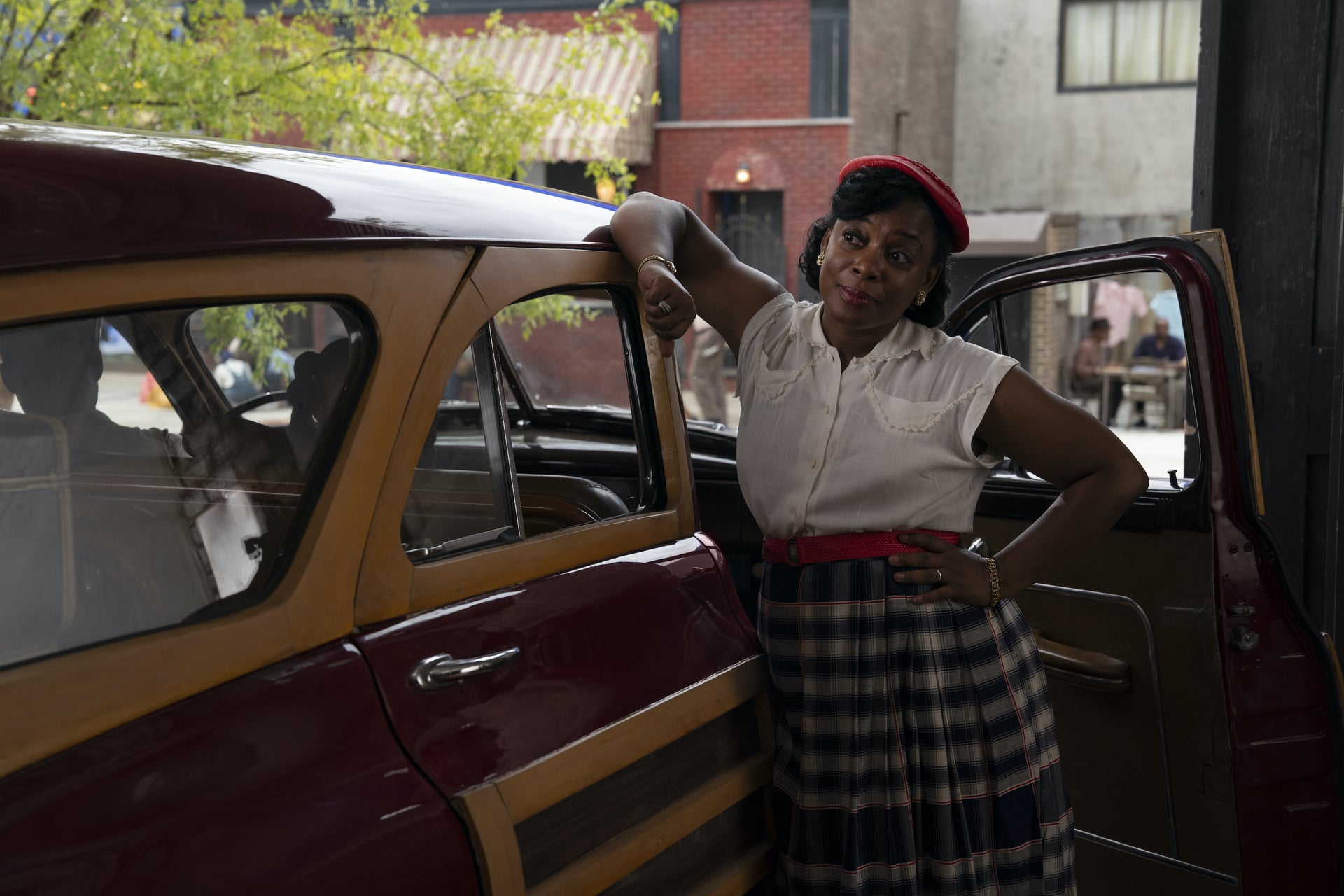 What Does William, Christina's Henchman, Want With Ruby?

Christina Braithwaite has plans for the Winthrop house and is keeping tabs on Letitia, Atticus, and their families. William is her henchman and will do anything for Christina. We don't know what his motives are with Ruby, particularly with how their tryst ends up. While I'd like to think he will actually change her life, there's a better chance something sinister is at work. Perhaps Christina plans on using Ruby as a bargaining chip for Letitia and access to the Winthrop house?

Montrose spends most of the episode being shady as sh*t with how he knows so much about Titus and the Sons of Adam. In order to find the pages, the group has to go to a museum in Boston in the hopes that his vault is in a wing he had dedicated to himself. Montrose's knowledge pays off and after the moonlight shines just right on a ridiculous statue of Titus and some crocodiles, they lower themselves into an empty cavern. It wouldn't be a true adventure without booby traps, so along with a disappearing plank and a swinging blade, they have to worry about the rising tide.

As they go deeper into the tunnel, they discover it's connected to Letitia's house via a magic elevator. After choosing to continue on, rather than use the elevator to get to safety, the trio find the remnants of an arm that needs blood in a lock. Lucky for Atticus, he has Titus's blood in his veins, so despite a flesh wound, he's able to open the vault relatively unscathed and find the pages in a macabre room of mummified bodies.

Who Is the Tattooed Woman?

Yahima is a two-spirit individual who Titus found on his journeys and used to decipher the language from the Book of Names. When she refused to help him any longer, he imprisoned her in the remnants of a ship in his vault along with the bodies of her people as a twisted way of making good on a promise. When Atticus stumbles upon her, she's in a mummified state and springs to life after they try to retrieve Titus's pages. After the group escapes the vault, Yahima and Atticus come to the conclusion that Titus enchanted her to become a siren should she ever escape so that she couldn't speak.

Why Does Montrose Kill the Tattooed Woman?

Montrose burns the Order of the Ancient Dawn and does all he can to prevent Atticus from learning about the Sons of Adam. Here's hoping the next few episodes answer whether or not Montrose is trying to protect Atticus or if he's an entirely new evil that's plagued with his own demons. Regardless of the answer, it's incredibly cruel how he slits Yahima's throat as soon as she feels safe with the group. There certainly had to be a better way to keep her from deciphering the pages.