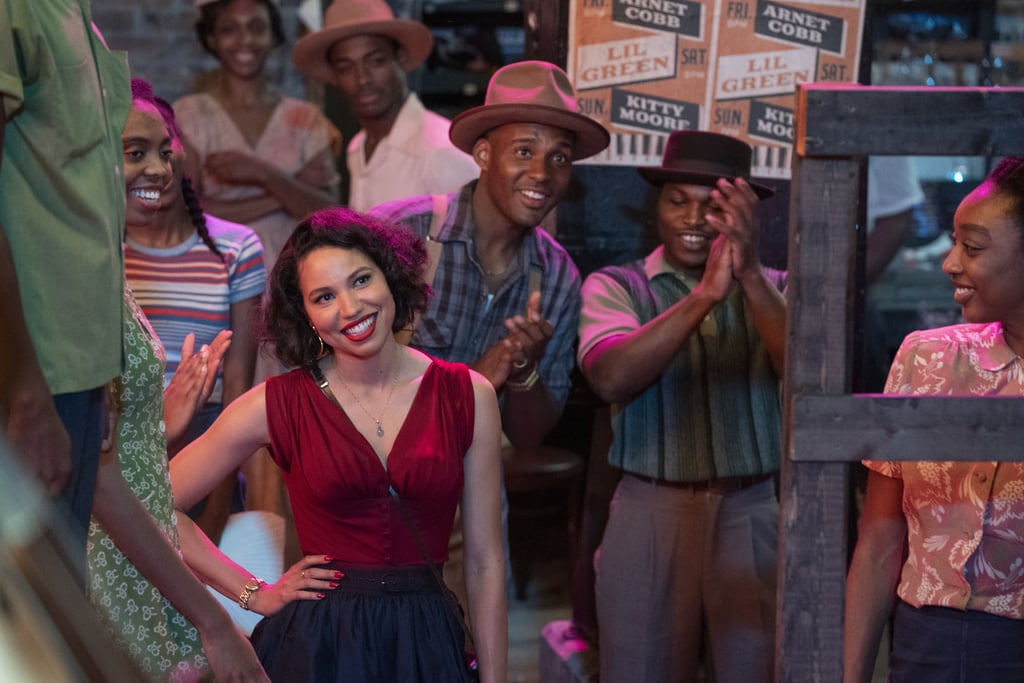 Despite her youthful visage, Jurnee Smollett's role as the vivacious Letitia "Leti" Lewis on HBO's Lovecraft Country is one of many on her lengthy résumé. The 33-year-old actress has been booked and busy since she made her TV debut on the Patti LaBelle-led series Out All Night in 1992. She racked up a steady list of roles on various series in the early '90s, including iconic ABC family sitcoms like Full House and Hangin' with Mr. Cooper, as well as a short-lived sitcom with her five siblings, On Our Own, from 1994 to 1995.

Smollett made her film debut in Francis Ford Coppola's Jack, but it was her role as 10-year-old Eve in Kasi Lemmons's 1997 film Eve's Bayou that truly made her a household name. Starring opposite Lynn Whitfield, Samuel L. Jackson, Meagan Good, and Debbi Morgan, Smollett's portrayal of a young girl caught in the web of lies and deceit spun by everyone around her earned her several award nominations and a win at the Critics' Choice Award. She went on to become a familiar face on the small screen, making appearances on shows like Strong Medicine, ER, and Grey's Anatomy. Fans will definitely remember seeing her as a series regular on modern classics like Friday Night Lights, The Defenders, True Blood, and, more recently, WGN America's Underground.

And of course, there are her theatrical ventures, like the roller-skating film Roll Bounce, which reunited Good and Smollett, as well as 2007's The Great Debaters, based on the real-life victory of the Wiley College debate team. Smollett's eclectic filmography proves she's not afraid to embrace new adventures and kick some ass (especially as Dinah Lance in January's Birds of Prey), and her role as "Leti F*cking Lewis" is a reminder to us all that she's damn good at it! Keep reading for a refresher on some of Smollett's biggest roles (yes, she was even in an episode of NYPD Blue), and tune into Lovecraft Country to see more.

Related:
Lovecraft Country Won't Be For Everyone — the Book Is Terrifying in a Number of Ways
Previous Next Start Slideshow
TVMoviesLovecraft CountryJurnee SmollettBirds Of Prey