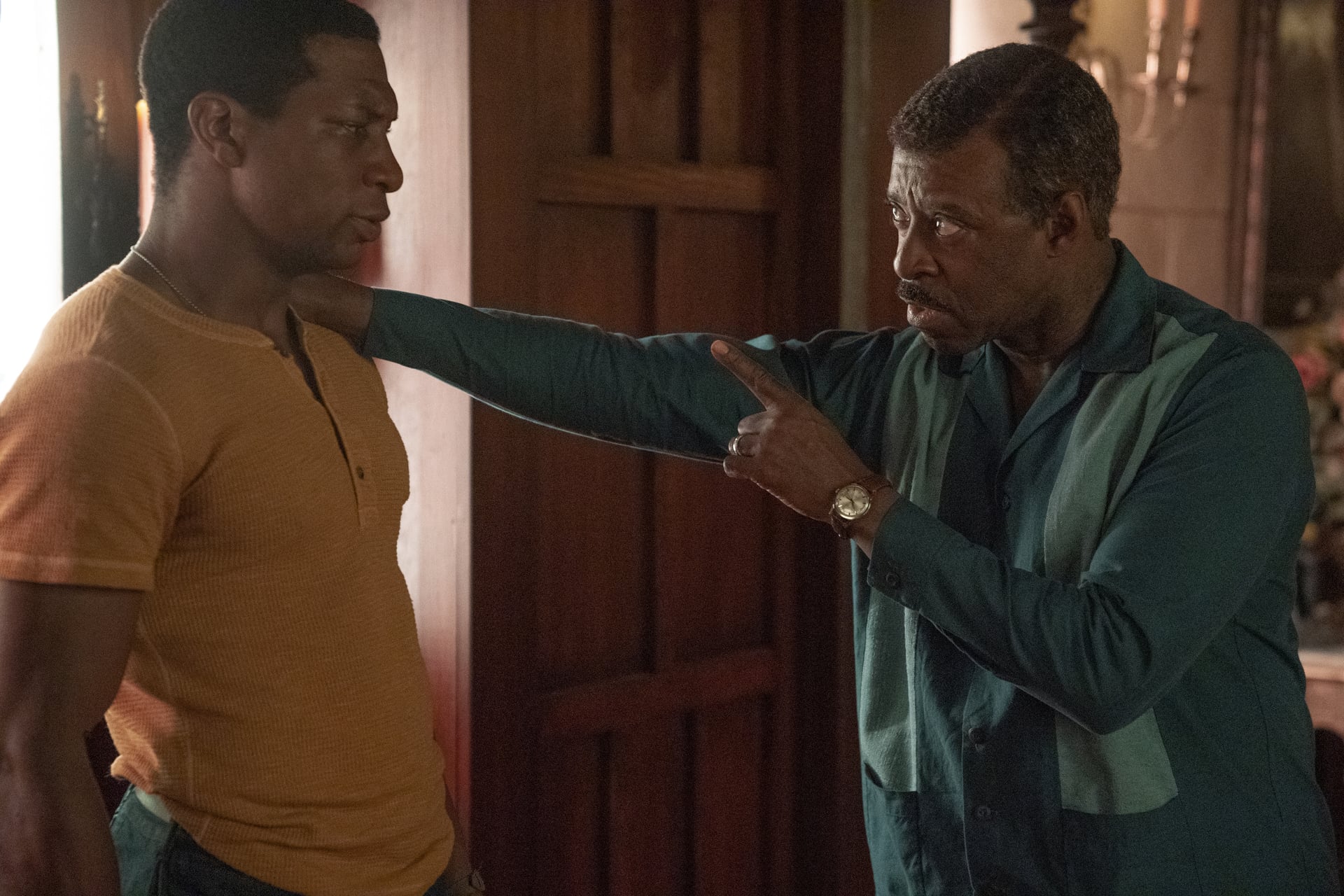 Episode two of HBO's Lovecraft Country features Gil Scott-Heron's "Whitey on the Moon" — in fact, the episode itself is titled "Whitey's on the Moon." While Lovecraft Country takes place in the '50s, Scott-Heron's spoken-word poem first came out in 1970, right after the moon landing. Given that the series is a blend of sci-fi monsters and the horrors of Jim Crow segregation, the song choice certainly makes sense. But what exactly is the history behind the song? Let's take a look at the song and how it fits into America's social context during this turbulent era.

Scott-Heron released his debut album, Small Talk at 125th and Lenox, in 1970. Perhaps the most well-known track from the record is "The Revolution Will Not Be Televised." On side two, Scott-Heron also made waves with "Whitey on the Moon." In the opening moments of the recording, Scott-Heron says that he was inspired by "some whiteys on the moon." But really, he was also inspired by Black Panthers leader Eldridge Cleaver, who called the moon landing a "flying circus" that distracted Americans from problems at home. Neil Armstrong and Buzz Aldrin famously set foot on the moon in July 1969. Their landing was celebrated as a win for America in the space race as well as a global technological achievement. However, systemic racism and economic injustice still wreaked havoc even as segregation formally ended. The Apollo program cost $25.4 billion, which is $180 billion today. In the background of the space race, there were protests against the Vietnam War as well as those for labor, women's rights, and Black liberation.

Like many in the Black press, Scott-Heron critiqued how America could justify using taxpayer money on the Apollo program while widespread poverty persisted in the country. According to the Economic Policy Institute, the Black poverty rate was 33.5 percent in 1968, and Black Americans were three times more likely to be living in poverty than whites. Martin Luther King Jr. himself spoke on this issue in a 1966 Senate hearing, predicting that "in a few years we can be assured that we will set a man on the moon and with an adequate telescope he will be able to see the slum on earth with their intensified congestion, decay, and turbulence."

Throughout the song, Scott-Heron speaks of being unable to pay doctor bills and struggling to meet rent even though "Whitey's on the moon." That phrase, in fact, is reiterated almost every other line as a refrain. The song emphasizes the lack of affordable healthcare and housing even though white men have made it to the moon. The message of the piece is rather straightforward but certainly still holds relevance today.

Read the full lyrics below:

Taxes takin' my whole damn check,
Junkies makin' me a nervous wreck,
The price of food is goin' up,
An' as if all that sh*t wasn't enough

Music
Everything to Know About J-Hope's Debut Album, "Jack in the Box"
by Pallavi Bhadu 12 hours ago