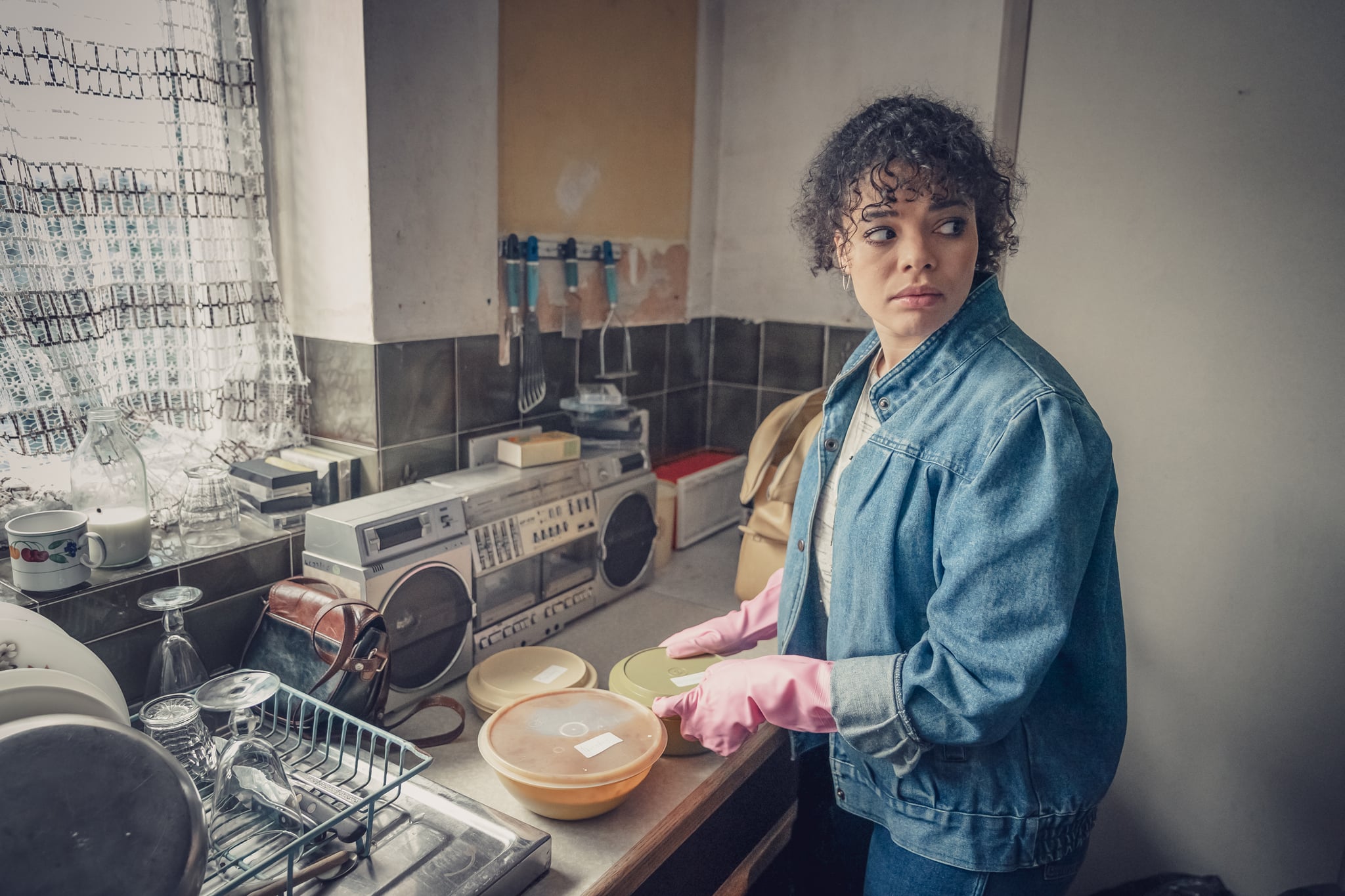 It's a Sin star Lydia West appeared on an episode of the Make It Reign podcast on Feb. 16 to talk about her experience in working with Russell T. Davies's real-life friend Jill, whom her character was based on. Since It's a Sin first aired in the United Kingdom, the show has had over seven million views on All 4, making it the streaming service's biggest instant box set to date. The series is set to hit HBO Max on Feb. 18. "When we were making it we knew how important the story was, we knew how special it was, we knew how sensitive we had to be with the story. Everyone in the team knew what it was about, and how much it was gonna change the world," West told podcast host Josh Smith.

In terms of her character specifically, West said: "I think why Jill's character resonated with so many people is because often we don't see that on screen, this idea of these unsung heroes. Jill, she does everything for her friends from a place of love and care. She has a very strong moral compass, treating people with kindness, care, and compassion. Everyone could just do with being a bit more Jill." Having watched the show in its entirety, I can certainly agree with that sentiment.

In order to play the role, West had to do a wealth of research into the events of the '80s. "I realized how much I didn't know. I didn't know anything about Section 28, I didn't know when it came into place or when it was abolished or even what it was," the actor explained. "It tells such a story, the fact that the promotion of homosexuality in schools was prohibited, it just makes you sick. It shows how generational things can be and how trauma lives on. We're still traumatized by that law which was imposed by our government in 1988."

West also worked closely with Davies's friend Jill, who ended up playing West's mother in the show. "Russell made it very clear he didn't want me to mimic anything she did," she said. "Having conversations with Jill, learning about the time they lived in the Pink Palace, she had all these friends and they went out partying. She talked about it all so positively, I never once heard Jill talk about how dreadful it was, and how sad it was, and how harrowing it was, which it was, all of those things I'm so certain of. She just remembered all the life that these friends gave her. She was a massive inspiration."