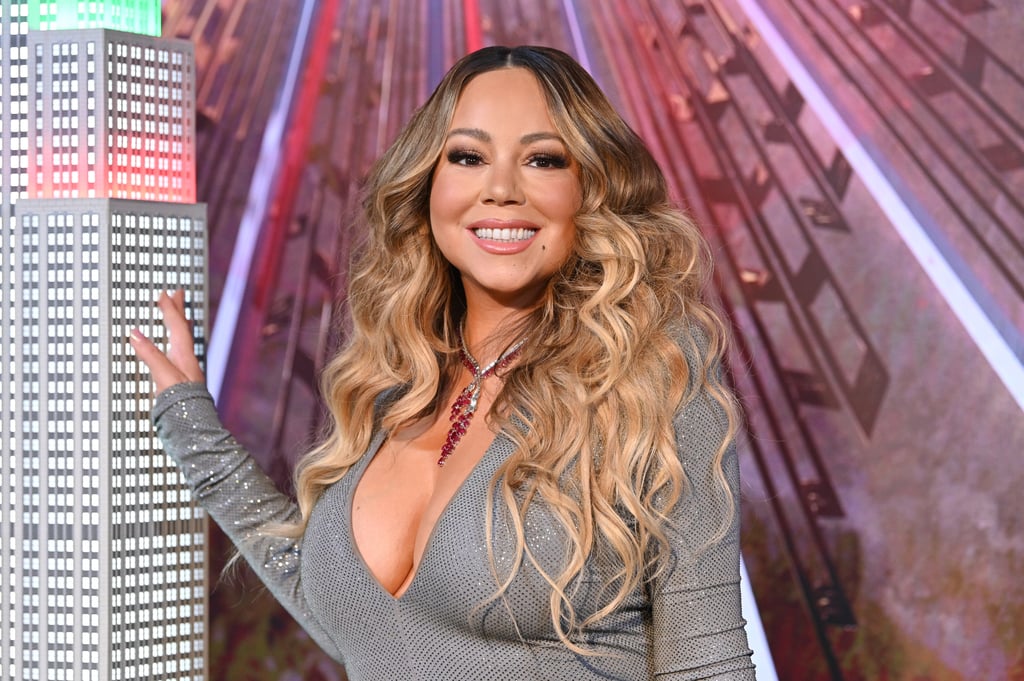 Mariah Carey Performs "Save the Day" at the 2020 US Open, and Wow, That Whistle Tone

In case Mariah Carey's five Grammys, 32 Billboard Music Awards, and 18 World Music Awards haven't convinced you that her vocal range is incredible, allow her to demonstrate. In a video shared to Twitter on Sept. 10, Carey showed off her amazing singing talents by hitting the whistle tone — the highest register of the human voice — while rehearsing her new song, "Save the Day," in the car alongside her boyfriend, Bryan Tanaka. Now, I'm a pretty big fan of singing along to the radio on a drive, but not even my best rendition of "All I Want For Christmas Is You" can compare to Carey's high note. "These days, even a car ride is uncommon but we made the most of it!" Carey captioned the Twitter post.

A day later, Carey posted a behind-the-scenes preview of her 2020 US Open performance, which aired ahead of the women's singles final on Sept. 12. In the performance, Carey debuted "Save the Day" in its entirety. "Honored to celebrate these amazing women and gamechangers," Carey captioned the preview video.

Carey's performance was filmed at Arthur Ashe Stadium on the grounds of the USTA Billie Jean King National Tennis Center days before the start of the 2020 US Open. The behind-the-scenes clip Carey shared also shows footage of some of the most notable women in the history of tennis, including Serena Williams, Venus Williams, Sloane Stephens, and Naomi Osaka. "The song sends a message that inspires hope, resilience and, most importantly, people coming together for the collective good," the US Open said in a statement. Ahead, check out her performance, the behind-the-scenes clip, and that impressive passenger-seat whistle note.

Related:
Serena Williams Had a Gold-Medal Reaction When She Saw Her Daughter at the US Open
Previous Next Start Slideshow
Mariah CareyMusicEntertainment NewsUS Open

Zayn Malik
Zayn Malik Reminisces by Singing a One Direction Song — but What Does It Mean?
by Izzie Deibe 16 hours ago