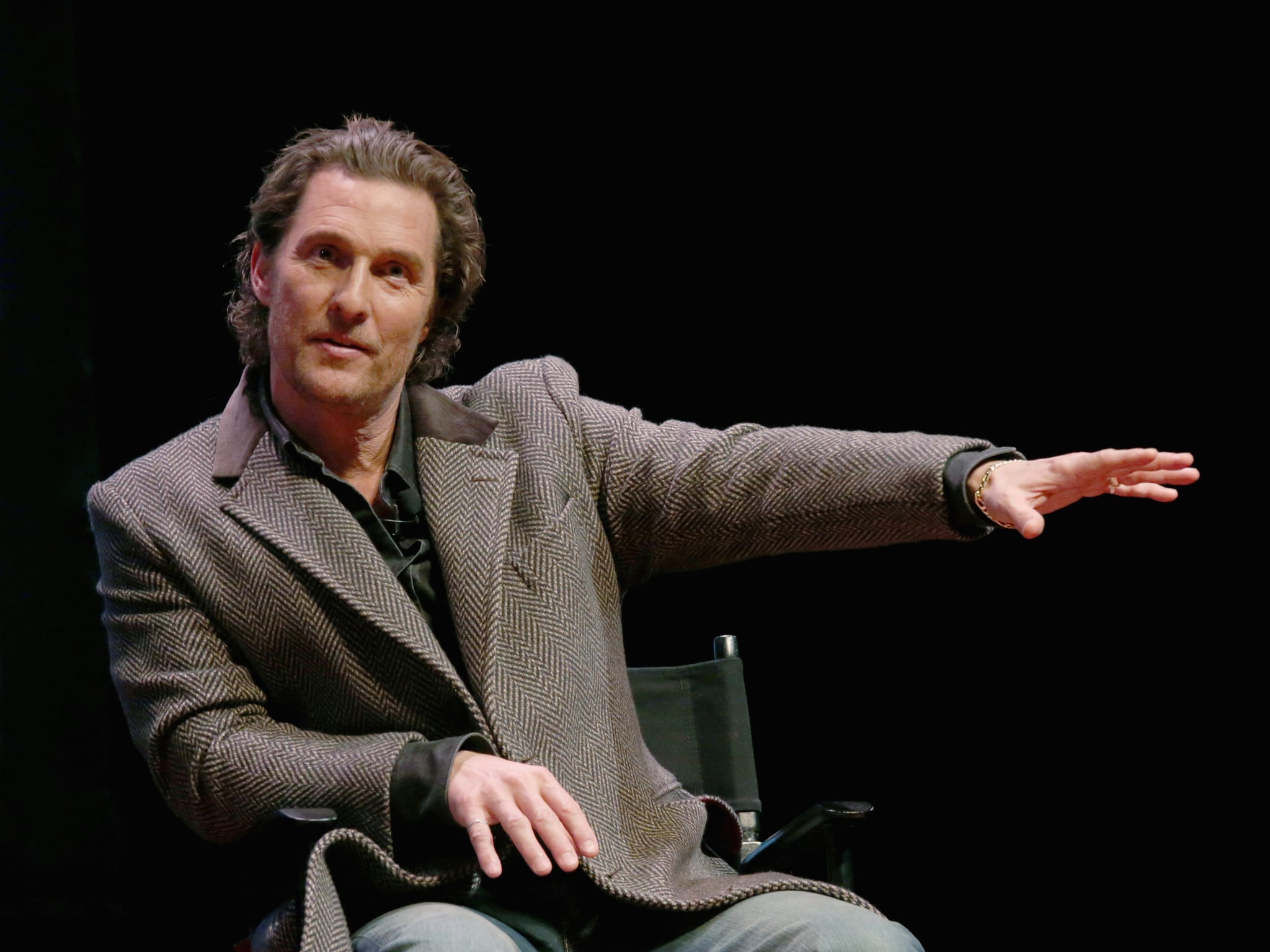 Matthew McConaughey: actor, philanthropist, professor, and now author. On July 29, the True Detective star revealed he's been working on a book called Greenlights that's made up of his personal journal entries and musings from over the years. "This is not a traditional memoir, or an advice book, but rather a playbook based on adventures in my life," McConaughey said in a statement to ABC News. "Adventures that have been significant, enlightening, and funny, sometimes because they were meant to be but mostly because they didn't try to be." Alright, alright, alright, let's get ready to read!

He later elaborated in an Instagram video, saying he decided to compile his personal notes over two years ago. He called the book Greenlights because it's a story about how we all can catch more in this life we're living. "See we don't like the red and yellow lights because they take up our time, right?" McConaughey said. "But when we realize they all eventually turn green, that's when they reveal their rhyme, that's when life's a poem, and when we start getting what we want and what we need at the same time." Well, that's a McConaughey-esque description if I've ever heard one.

A casual listen to his clip makes me realize that he's born to read audiobooks, so you can catch me hopping on Audible if he decides to record one. In the meantime, check out his chill and casual announcement video below. Keep an eye out for Greenlights wherever books are sold, starting Oct. 20.