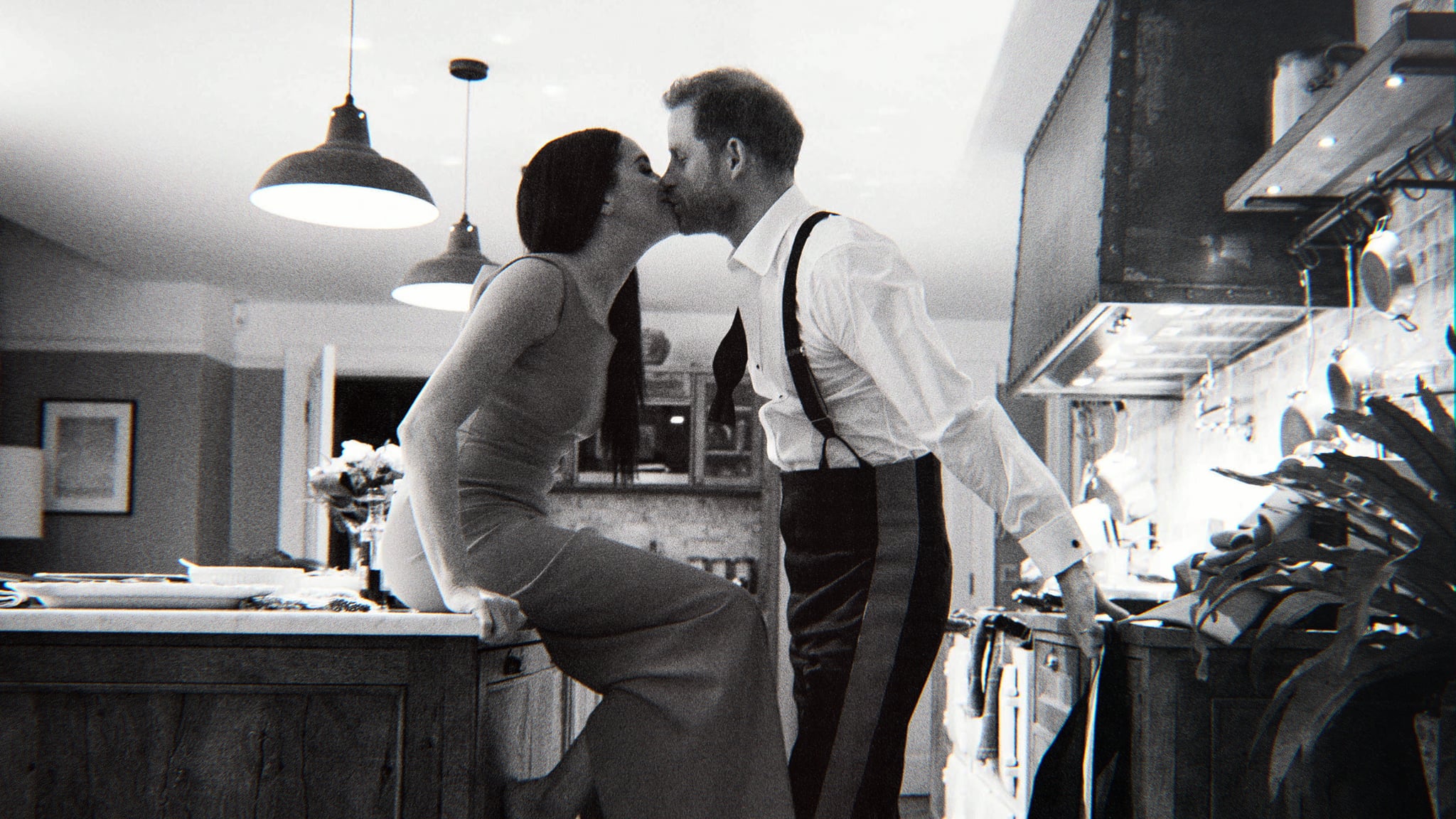 Image Source: Courtesy of Prince Harry and Meghan, The Duke and Duchess of Sussex

The world has heard Prince Harry's and Meghan Markle's stories in many ways from many people, some with the best intentions and some with only nefarious ones. But in Netflix's docuseries "Harry & Meghan," which premiered Dec. 8, we hear from the person who's been relatively silent throughout the widely documented couple's ups and downs: Meghan's mother, Doria Ragland.

In the series, the couple don't shy away from racism's brutal history. From enduring scathing headlines to literal death threats, Markle has been the victim of sheer digital cruelty, with much of it aimed at her mixed-race heritage. She acknowledges that she never had to have the race conversation as a child. "It's very different to be a minority but not be treated like a minority right off the bat," Markle says in the docuseries. "Obviously, now people are very aware of my race because they made it such an issue when I went to the UK. But before that, most people didn't treat me like a Black woman. So that talk didn't have to happen for me." But Markle got a sobering firsthand lesson once she started dating her husband.

Ragland wishes she'd had that tough conversation sooner. "As a parent . . . absolutely I would like to go back and have that kind of real conversation about how the world sees [Meghan]," she shares in an episode.

I always like to think that Meghan Markle and I had similar upbringings. We have the same birthday (Aug. 4), attended all-girls high schools — which leave you with a certain kind of can-do energy — and were both raised by single Black mothers. Growing up in Queens, NY, I had a very "raising flag" upbringing. By this, I mean that I was used to seeing people proudly represent their cultures — flags hung from car dashboards and bodega awnings. We celebrated Heritage Nights at school, where parents served everything from rice and beans to cocoa bread, while merengue and dancehall played. And though many believe Queens is a place of racial harmony — we may be the most diverse county in the world, but it's also where Sean Bell was shot and killed by police in 2006 — my mother made sure to remind me that we weren't living in a postracial utopia. And it didn't take long for racism to knock on our doorstep.

My race talk came in kindergarten.

At my daycare center, I was the only mixed-race child in my class. With my tanned brown complexion, I never set off any bells among my classmates. As long as I shared my crayons and could play a good game of red light, green light, I fit in with the other 5-year-olds just fine. I was invited to Ninja Turtles-themed birthday parties and brought along my Cabbage Patch dolls to play dates. With my classmates, there was harmony. But once adults got involved, bias knocked on my parents' doorstep.

I first knew I was "different" after a PTA meeting. Since my white Latinx dad could rarely attend those (he worked at JPMorgan during the day and then New York Yankees games at night), I was thrilled to have both my parents with me that night. As the parents met with our teachers, we were ushered into a room to watch "Lady and the Tramp." I remember we were so excited to watch a movie at school, of all places! Once the meetings were over, my parents scooped me up, told me that I was a reading rock star, and we went home.

But the next day altered me forever.

As we were settling in for the morning, a classmate approached me at my cubby; she had a very disappointed look on her tiny face. "My mother told me your mother is bad because she doesn't like Black men," she said before simply walking away. She didn't look for a response — if her mother told her, it was true. Confused, knowing this was not true because my uncle, her brother we lived with, was Black, I remember asking, "What does that mean?" And as a child who always held the brunt of any criticism deeply personally, I just knew that I had done something wrong. It was me; no one said mean things about my parents when they were alone. I was the messed-up link. And I carried that guilt on my 5-year-old shoulders until I got home to discuss it with my mom that day.

With the same straight-no-chaser way my classmate told me, I asked my mom: "Do you not like Black men?" Immediately, my mother knew — in a way that I now know when someone is bringing racism and colorism into my space. She scooped me up in her lap and said, "OK, kid, we have to talk." And in a digestible way that I could understand as a 5-year-old, my mom told me that people might have opinions about our family because our skin color was not the same, and it had more to do with them and nothing to do with us. She asked me how the comments made me feel; I told her I felt so bad. And she told me it was my job to make sure I never made anyone feel that way. If I saw someone feeling sad about a mean comment, I should lift them up and tell the other person it was wrong.

Markle embodies that ethos: she's defended women's rights and people of color as her life's mission. She famously sat as one of the then-royal Fab Four — along with Prince William, Princess Kate Middleton, and Prince Harry — and said that women don't need to find their voices but that others should finally listen. But, from my personal experience, all the rallying for others does not help with the othering you deal with as a mixed-race person if you're not offered space to challenge all the unfair messaging thrown at you throughout your life. And I empathize with how the constant scrutiny can go through your spirit. Even with my mom's very early guidance, I still have to remind myself that I make my own box every single day.

Early conversations about race with Black and brown children will not lessen the blows of racism in any way. It still stung when strangers assumed my mother was my nanny all those years ago. And I'm still hurt and angry when someone looks past me and congratulates my dad on his daughters, who are actually my cousins. Those microcosms instantly pull me out of whatever joy I'm experiencing with my family and remind me that I'm the different one. That I don't fit in, at least at first glance. But at the same time, I can turn the volume down, knowing that there's nothing wrong with me or my family and that I am rooted in these two beautiful, dynamic cultures.

Every mixed-race person's experience is different, so I can't say that Meghan's experience would be different if she did have the race talk as a child. After all, I'm not married into a centuries-old family that would catapult anyone onto a global stage under intense scrutiny. But I do believe that the racism wouldn't have come as such a surprise to her. And in my experience, that sit-down with my mother always brings me back to center when my identity is being picked apart by outside voices.

Markle is slowly navigating this dynamic as an adult, and it's encouraging that she and Harry are committed to candid conversations about race with their children. In a historic, high-profile family, her kids have already been scrutinized much earlier than I was at my preschool table. But with that firm understanding of the history — and where they fit in — they'll be able to turn the volume down and live authentically.

Identity
After My Mom Got Shot, It Took Years For Me to Understand That I Was a Survivor, Too
by Jakoby Mitchell 4 hours ago