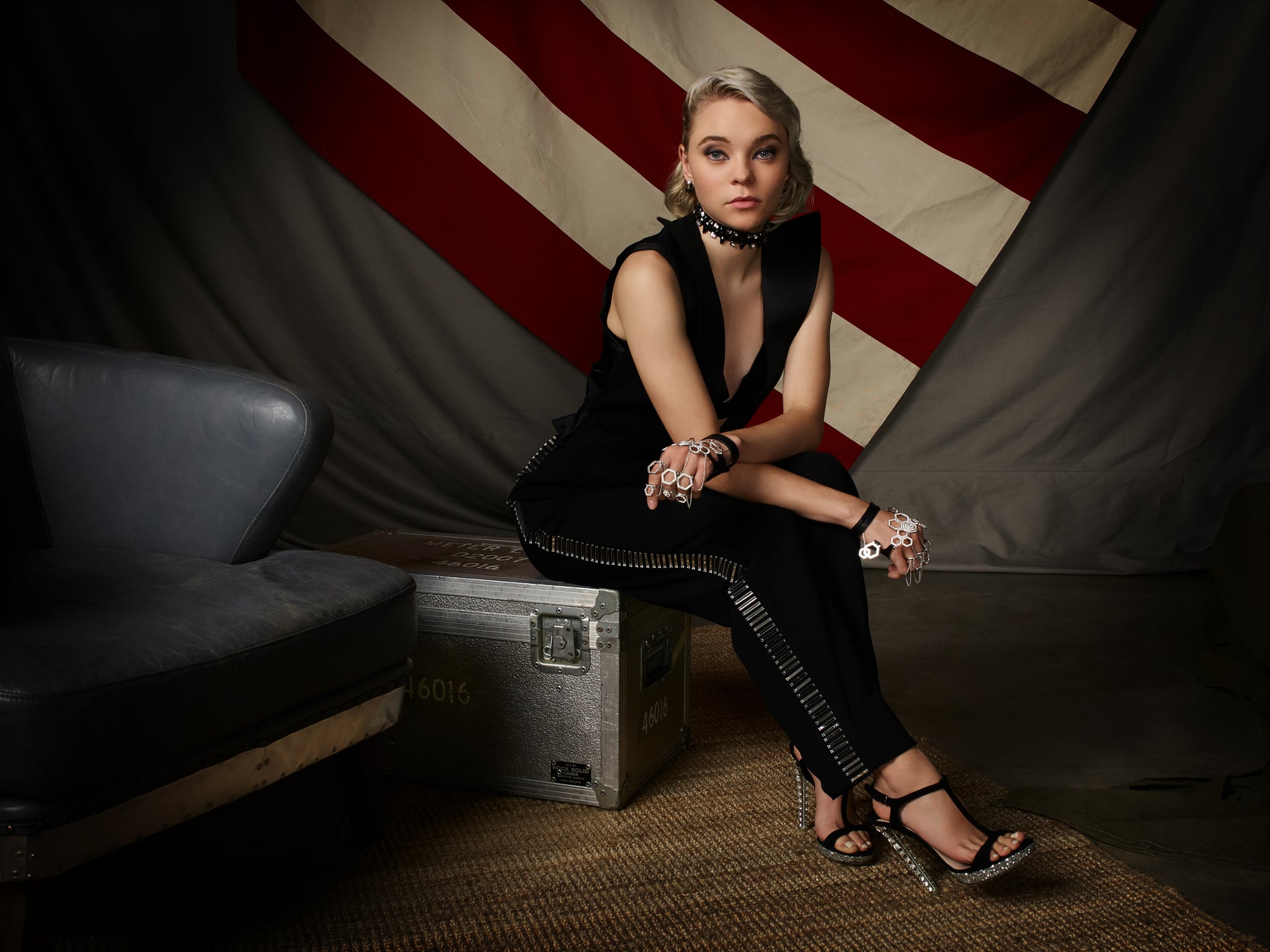 Ever wonder what the world would look like if witches openly lived among us? Allow us to introduce you to Freeform's new series Motherland: Fort Salem. The show, which premiered on March 18, takes place in an alternate timeline where witches ended the Salem witch trials by striking up a deal with the US government and agreeing to use their powers to help the military. At the center of the story are three young witches — Raelle (Taylor Hickson), Tally (Jessica Sutton), and Abigail (Ashley Nicole Williams) — who enlist and go through basic training at Fort Salem as the world tries to protect the country from a terrorist group called the Spree.

While the intriguing plot certainly adds something new to the supernatural genre, one of the main things that drew star Taylor Hickson to the series was the "gender role reversal." Not only are witches part of the military in this new timeline, but women are also on the frontline. "Being a woman in this industry, we're always fighting for that kind of opportunity," Hickson told POPSUGAR. "Instead of being a second-hand role like the wife or the sister, you see these female characters that are driving the series and their motivation is incredibly empowering." See what else Hickson had to say about the show ahead.

POPSUGAR: In the first episode we learn a little bit more about Raelle, Tally, and Abigail's backstories and why they wanted to join the army. What would you say is your character's main motive for enlisting?

"Being a woman in this industry, we're always fighting for that kind of opportunity."

PS: How does her mother's death affect her time at Fort Salem?

TH: Well, as a direct quote from Raelle, "conscription is slavery by another name." Her loyalty is challenged between feeling loyal and feeling like she belongs and supporting the army and wondering why people choose to join the Spree and protest what she belongs to. That has always intrigued me as, who really is the bad guy? I really respect Raelle for seeing that more objectively rather than just listening to the propaganda that is put in her ear. 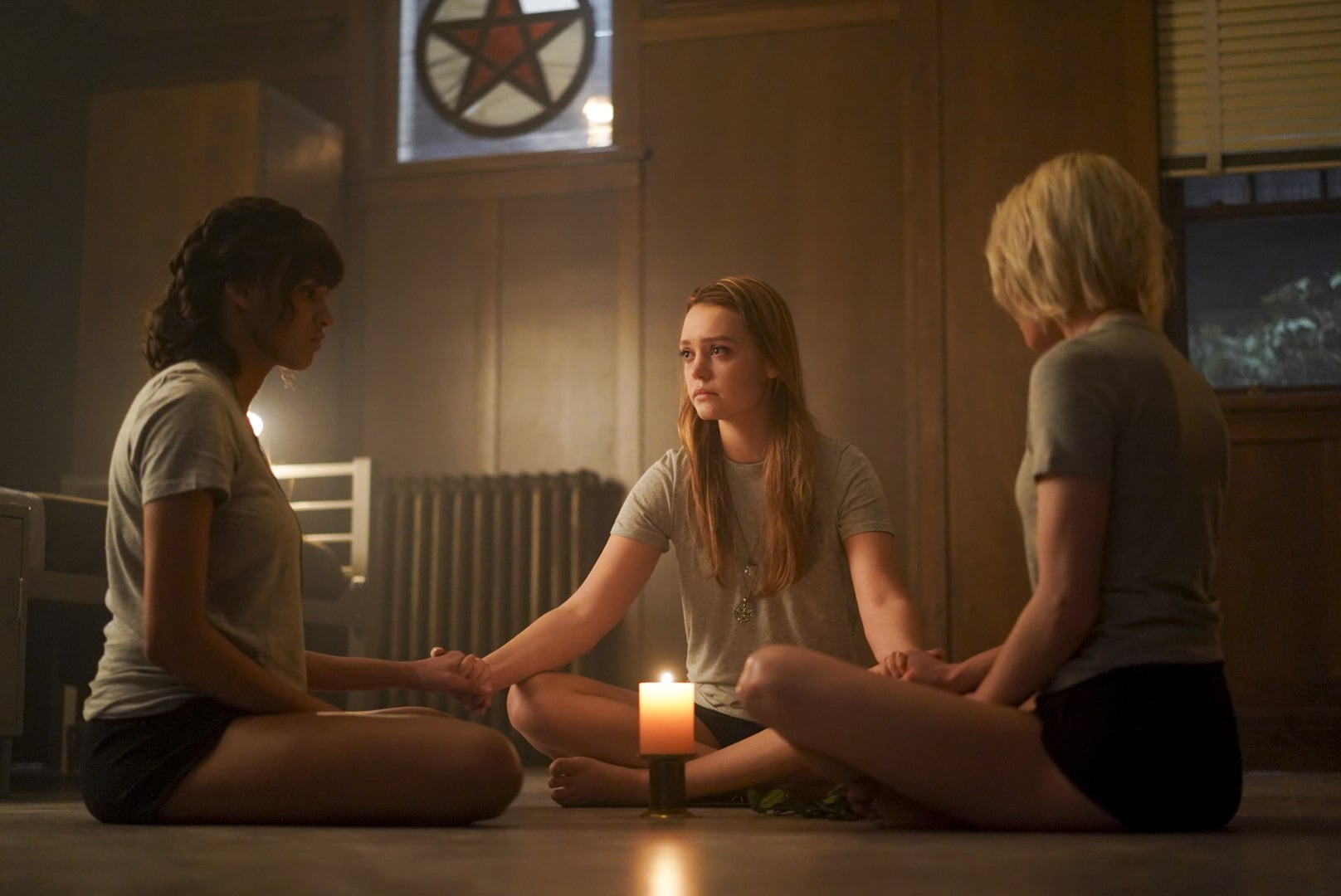 PS: Raelle and the members of her unit initially butt heads when they first meet. How would you say that their relationship evolves over time?

TH: You see her especially challenging Abigail. Raelle doesn't want to be alpha, she doesn't want to be beta, but she definitely doesn't want to be told what to do. We see her being very emotionally detached. She's much more focused on independent success rather than team strategy. Over time, with support, especially from Tally emotionally, [she sees] that she can be vulnerable. [She feels] like she has a voice and she can feel heard and feel important, which is vital in finding a place of belonging and finding a purpose that she feels like she has something to work toward for the first time in a very long time.

PS: In this first episode, we are introduced to General Sarah Alder, who is the highest-ranking officer in the armed forces and has been with the witches since the Salem witch trials. What can you tell us about her character and how she leads the witches?

TH: This is something that changes throughout the season, but Raelle's opinion of General Alder and what her true motives are drives her to look closer at the Spree and closer at the actions of the army. [Alder is] a tricky one because being a leader you have to make those kinds of sacrifices, not only for yourself but for the good of your people. So watching the way that her actions [affect] not only herself but the people she's leading, that's actually very empowering to watch.

PS: In this timeline, the army is also trying to protect the country against a terrorist group called the Spree. What would you say is the Spree's main motivation behind their attacks?

TH: The propaganda that we're fed is a bit muddied. [The Spree] began protesting witches in the army. They were saying, "Let our people go." These protests obviously began to get more drastic and dangerous as they began hurting and killing people. They're basically demonstrating to the US government if you won't let our people go, we will take your people from you. In turn, we are signed on to protect civilians of the United States. It becomes a witch-on-witch battle, which is like a never-ending conflicting circle, which is quite sad. 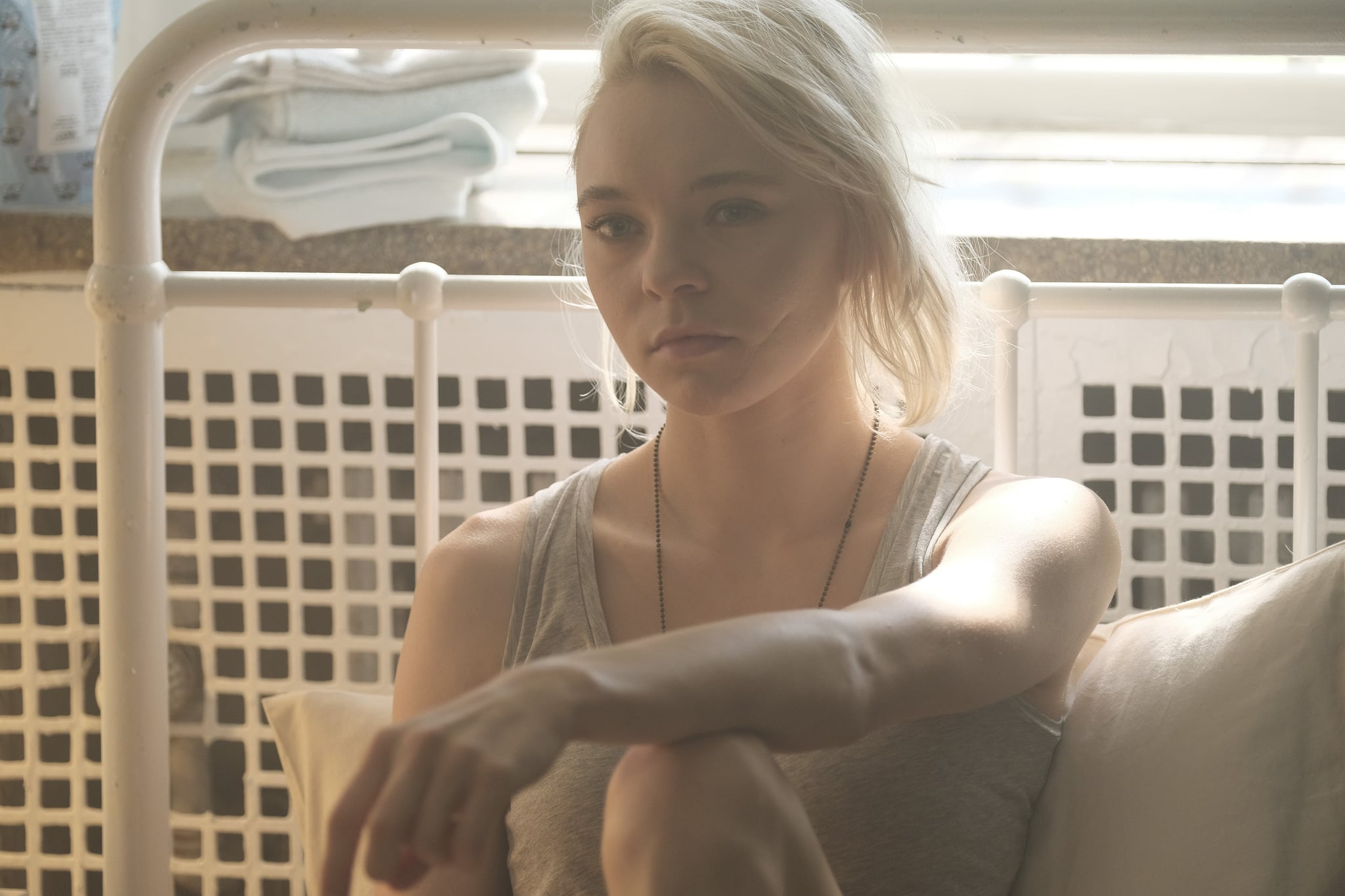 PS: In the first episode, Raelle gets close with a character named Scylla, who we learn is secretly a member of the Spree. What can you tease about her character and how her relationship with Raelle will evolve this season?

TH: Well, Scylla's character is a motivator in helping Raelle overcome her mistrust and discovering that she doesn't have to carry all this weight by herself. In turn, Raelle starts doing better in her work and taking on the idea of team strategy rather than independent success. She starts to let go of that primary motivation of avenging her mother's death and it becomes more about honoring her mother's death as the story develops.

Raelle and Scylla's relationship is passionate. It's intense. There's so much depth and determination. It's powerful. It's all-consuming. As an actor, it's always an amazing tool to be able to explore new relationships and new territory, and Amalia Holm as Scylla is just such a phenomenal scene partner and it is an honor to work with her. The chemistry was so organic, and is probably one of my favorite things that developed throughout the series and that I really got to put my heart into. It's where you see the most on the spectrum of the emotions for Raelle. It's what makes her very dynamic and less static. You get to see the softer side of her. It's one of my favorite things about the series for myself.