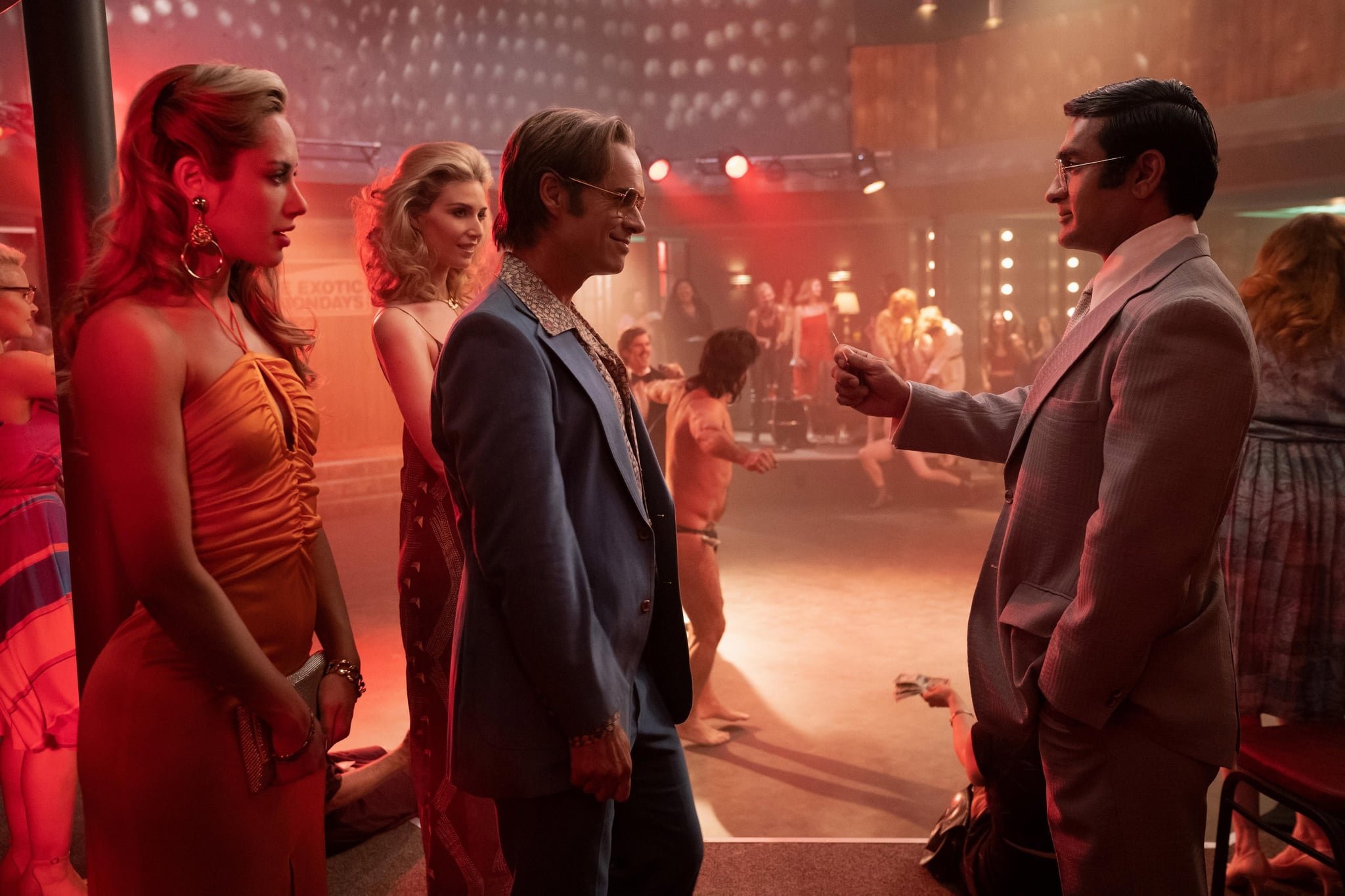 Hulu's new miniseries "Welcome to Chippendales" tells the story of the rise and fall of Somen "Steve" Banerjee, the man behind the Chippendales empire, and the extreme measures he took to keep his business, recognized as the fist male strip club, at the top.

During his career as the manager of Chippendales, Banerjee partnered up with Nick De Noia, a producer and choreographer whose edge brought Chippendales to international acclaim. But creative differences and frequent disputes with Banerjee ultimately led to him branching off and starting his own Chippendales company.

The expansion of the Chippendales empire under De Noia, however, ended abruptly when he was murdered in April 1987. The circumstances of his death would remain a mystery for years, until a hitman linked to Banerjee came forward with information connecting the businessman to De Noia's murder.

Here is the unsettling story of De Noia's murder.

Who Was Nick De Noia?

Nick De Noia was an Emmy-winning television producer and choreographer when he was hired by Banerjee to help upgrade and expand the Chippendales empire in the early 1980s, according to ABC News. De Noia had a vision for what Chippendales could become and became the brains behind the club's dance routines. When the troupe grew increasingly successful, De Noia recommended that he and Banerjee take Chippendales outside of the LA bubble and open up another club in New York City, according to the New York Post.

In New York City, Chippendales once again became a huge hit, and it was at this point that De Noia not only wanted to create a troupe, but he also wanted to legitimize his partnership with Banerjee. Sometime in the mid-1980s, the two made a deal detailed on the back of a napkin that gave De Noia 50 percent of the Chippendales touring profits.

Banerjee, however, was growing jealous of his business partner and more possessive of his business at the time. Chippendales associate producer Candace Mayeron recalled in an interview with Elle that "Steve and Nick had come to loggerheads. Nick was a silver-tongued New Yorker, who was constantly going on TV to talk about Chippendales. He started being referred to as 'Mr. Chippendales.' I think that helped fuel the anger that Steve had toward Nick. Their verbal fights became vicious."

Not long after De Noia cut his deal with Banerjee, he was murdered.

The Murder of Nick De Noia

On April 8, 1987, De Noia was found dead in his New York City office from a gunshot wound to the face, according to The New York Times. At the time of his death, authorities believed there was no sign of a struggle and that De Noia was at his office desk when he was shot. During their investigation, police were on the lookout for a mysterious man who was seen at the office before and after the crime took place.

After several leads led to nothing, the death of De Noia went cold, but a hitman linked with another murder-for-hire involving Chippendales workers would come forward years later with information connecting none other than Banerjee to De Noia's violent death.

How Was Somen "Steve" Banerjee Caught For the Murder of Nick De Noia?

After De Noia was killed, Banerjee bought the touring rights from the De Noia family and continued to manage Chippendales. By the early 1990s, a former Chippendales employee started Adonis, a competing touring group in London.

According to The Independent, Banerjee wanted to wipe out his competition and hired a hitman known as "Strawberry" to kill members of the group with cyanide, but Strawberry got cold feet.

In 1991, Strawberry went to the FBI to tell them about Banerjee's plot, which led investigators to Ray Colon, the man who supplied Strawberry with the cyanide. Upon searching Colon's home, the FBI "found 46 grams of cyanide, enough to kill 230 people," and he was arrested and later charged with conspiracy and murder for hire in 1993, per ABC News.

While in jail, Colon cooperated with the authorities and later confessed that Banerjee came to him with the request to kill De Noia, and Colon later gave $25,000 to Gilbert Rivera Lopez to pull the trigger, as reported by The Sun.

The FBI was finally able to take Banerjee down with the help of Colon. In September 1993, Banerjee was arrested and charged with racketeering and murder for hire, but he hanged himself a day before his sentencing in 1994.

The true story behind the Chippendales empire is filled with shocking twists and turns. Watch it all unfold in "Welcome to the Chippendales," streaming now on Hulu with new episodes airing Wednesdays.