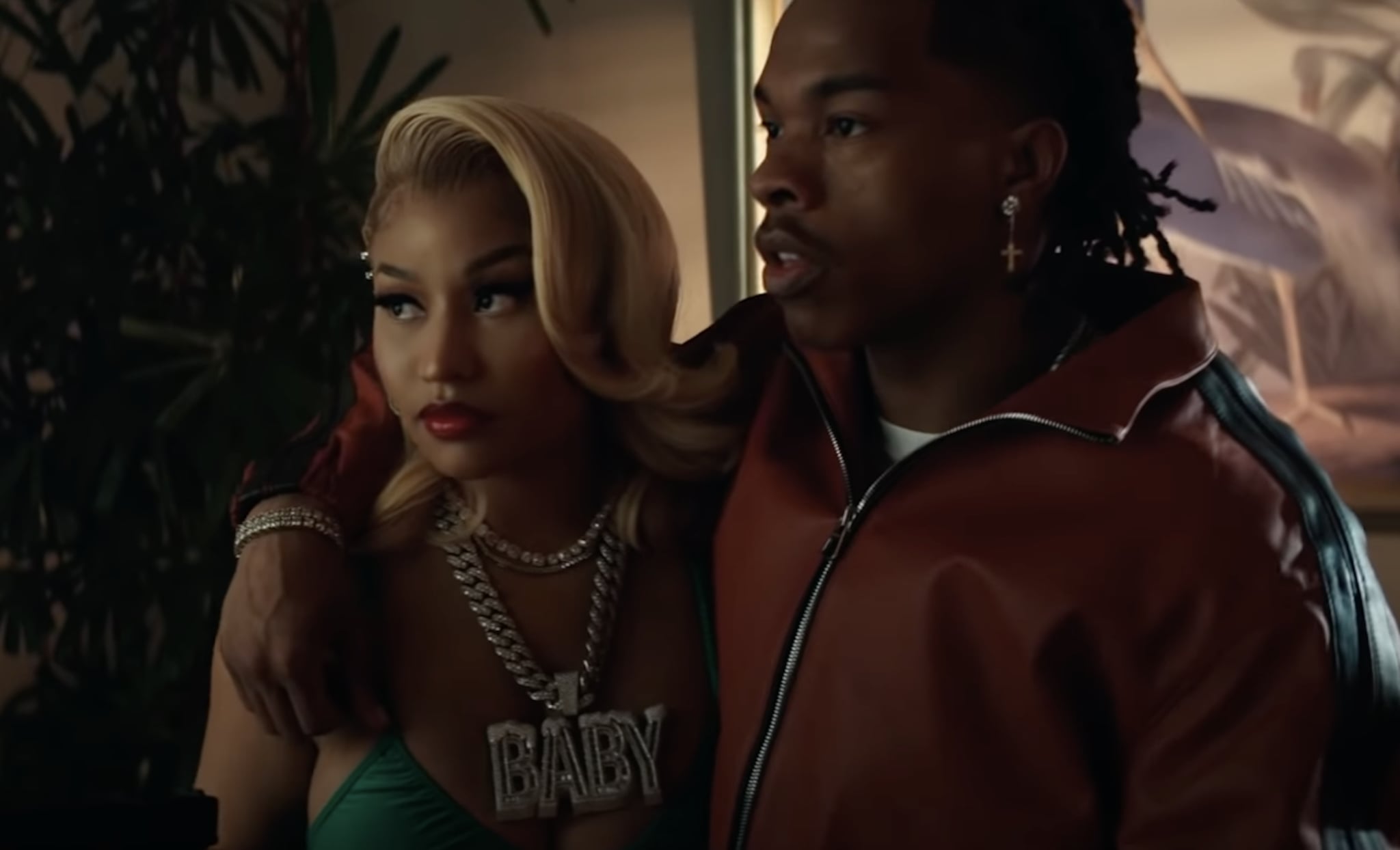 Nicki Minaj has finally broken her music hiatus with the release of her new single with Lil Baby, "Do We Have a Problem?" Minaj first teased their collaboration on Jan. 26, posting a photo of the two from their music video and tweeting, "DO WE HAVE A PROBLEM!? BABY X BARBIE PINK FRIDAY FEB. 4." On Jan. 31, the "Queen" rapper shared a teaser of the nine-minute, film-like Benny Boom-directed video, which stars Cory Hardrict and Joseph Sikora.

In the visual, Minaj is a hit woman who teams up with Lil Baby to steal some rare artifacts. Over the song's chorus, Minaj raps, "Little bad foreign b*tch, word to Fivio / N*ggas know the vibe, that's worth a five, yo / Beef, we 'bout to resolve, yo / Pull up on a opp, do we have a problem?"

Minaj's new collaboration comes just after she teamed up with Jesy Nelson for Nelson's debut solo single, "Boyz," and appeared on the remix of BIA's "Whole Lotta Money." This is the first time Minaj has released a single of her own since last year, when her "Beam Me Up Scotty" mixtape finally hit major streaming. The mixtape contained three new songs — "Fractions," "Seeing Green," and "Crocodile Teeth (Remix)" — with features from old labelmates Drake and Lil Wayne.

Although she's kept a relatively low profile over the past year, Minaj has been in the headlines recently for a harassment lawsuit filed against her by Jennifer Hough, her husband's alleged rape victim. Minaj's husband, Kenneth Petty, was previously convicted for attempting to rape Hough at knifepoint in 1994. The harassment lawsuit alleges that Minaj "directly and indirectly intimidated, harassed and threatened [Hough] to recant her legitimate claim that Defendant Petty raped her." According to "People," the case was dropped as of Jan. 12, but in a statement, Hough's lawyer said, "The case against Nicki was voluntarily dismissed. The case against Kenneth Petty is still ongoing. Stay tuned!"

Watch the music video for "Do We Have a Problem?" ahead.