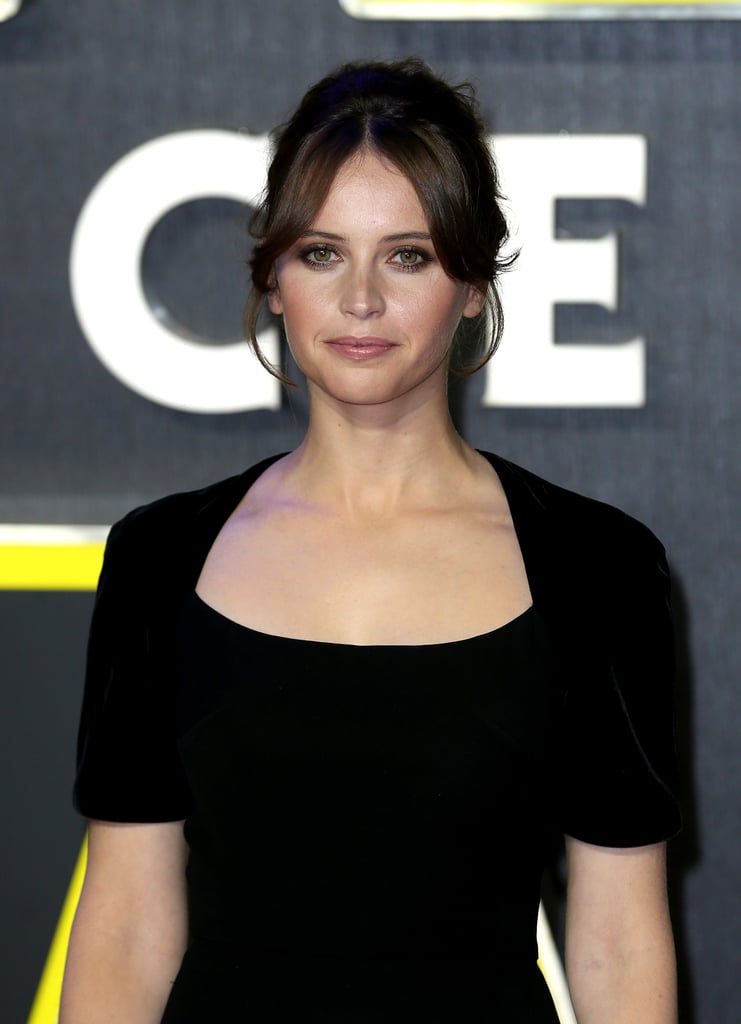 Felicity Jones, Diego Luna, Donnie Yen, Ben Mendelsohn, Mads Mikkelsen, and Alan Tudyk are just some of the familiar faces we'll see onscreen. Jones plays Jyn Erso, an outlaw who is given the opportunity to clear her name by agreeing to help the Rebellion with a special mission to take down the Empire. Tudyk is known for his voice work in movies like I, Robot and Frozen, so it makes sense that he's providing the voice for a droid. Mendelsohn has already been established as the villain, and Mads Mikkelsen is playing Jyn's scientist father, who is wanted by both the Rebellion and the Empire for his knowledge (which Mikkelsen dropped a hint about in an interview). Check out the entire list!