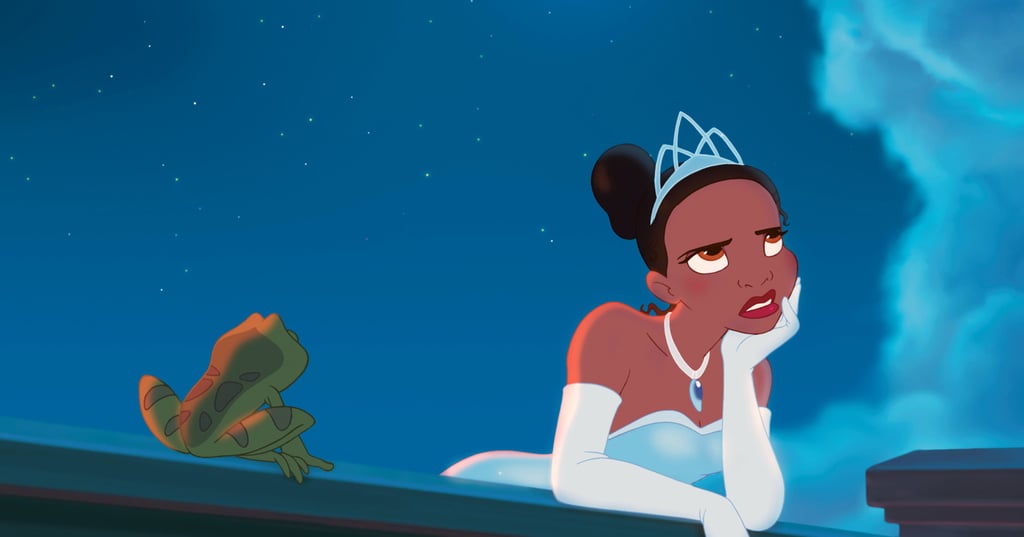 The Princess and the Frog

Strangely enough, the original version of the tale has nothing to do with a kiss. The story, taken from the Grimm Brothers, features an unfortunate princess who loses a precious possession in the swamp. A nearby frog agrees to retrieve it under one condition: that the princess allow the frog to dine with her and sleep with her like royalty. She hastily agrees and rushes off, forgetting the deal she's made.

When the frog shows up at the princess's door, her father urges her to hold up her end of the bargain. For three nights, the frog comes to her door, eats at her table, and sleeps in her bed. After the third night, he transforms into a prince and says that he'd been under the spell of an enchantress. He could only break the spell by dining and sleeping with a princess for three nights. The two happily marry.

Netflix
Separating the Facts From the Fiction in Netflix's Marilyn Monroe Biopic, "Blonde"
by Victoria Edel 2 hours ago

Star Wars
After 45 Years, James Earl Jones Is Hanging Up His Cape as Darth Vader
by Chanel Vargas 21 hours ago