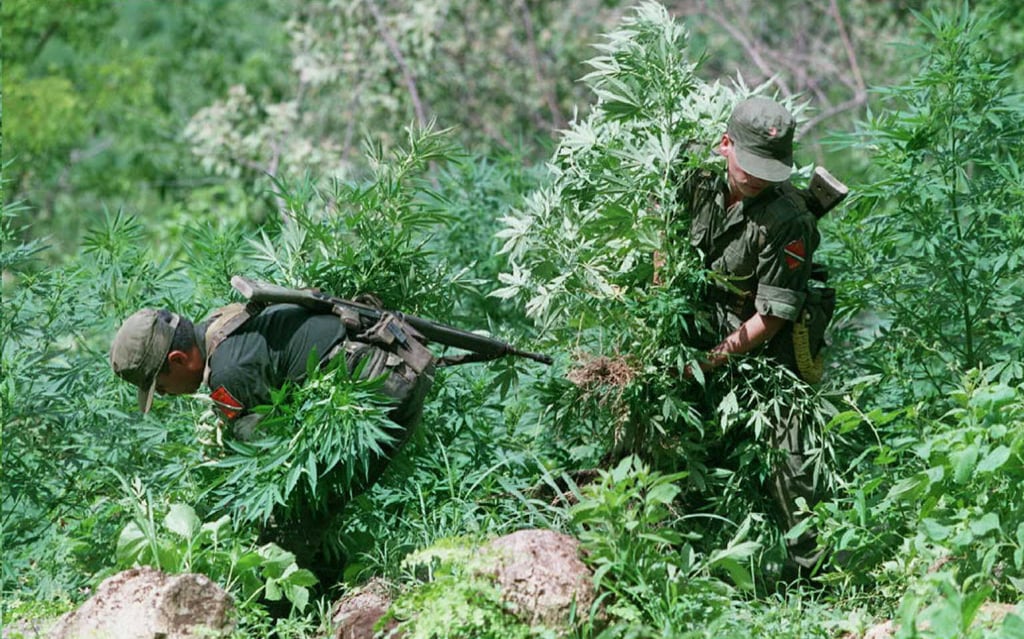 Life in the Guadalajara Cartel

After President Reagan established the South Florida Task Force in an attempt to curb drug trafficking through Florida, Gallardo was contacted by Colombian cartels, and he established a relationship with the infamous Medellín Cartel's cocaine trafficker Pablo Escobar. Though Gallardo formerly controlled most of the marijuana and heroin smuggled into the US, he began to help the Colombian cartels smuggle cocaine as well.

The Drug Enforcement Administration became increasingly suspicious of Gallardo, and DEA agent Enrique "Kiki" Camarena was sent to Mexico to infiltrate Gallardo's gang. Thanks to Camarena's intel, a 2,500-acre marijuana plantation called Rancho Búfalo was destroyed by the Mexican military. Gallardo figured out the source of the leak, and in 1985, Camarena was kidnapped, tortured, and killed.

Saturday Night Live
Rami Malek and Pete Davidson Recap Squid Game in a Country Song, and We Can't Stop Singing It
by Yerin Kim 20 hours ago