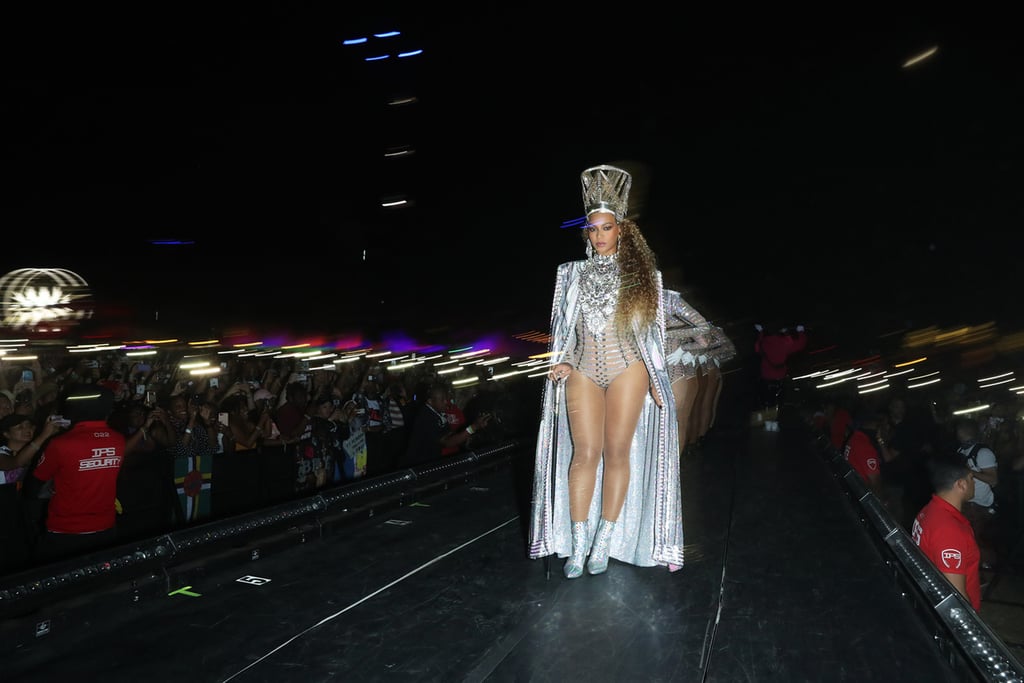 Her Children Absolutely Steal the Show

Though the artist and her rapper husband are well-known to be private about their children (at least until they're a little older), all three are featured prominently in Homecoming. In the doc, Beyoncé talks about how she was initially meant to headline Coachella in 2017, but her pregnancy with twins caused her to drop out of the festival. "My body went through more than I knew it could," she says, reliving the difficult pregnancy and birth that came with her twins, Rumi and Sir.

The mother of three admits that during rehearsals, her "mind wasn't there. My mind wanted to be with my children." She explains that she would try to bring her kids to rehearsals where she would dance and take breaks to breastfeed. At one point, the documentary shows Beyoncé walking off stage to be greeted by her twins, whom she quickly pulls into her arms, beaming and cooing.

Blue Ivy is seen at every stage, attending (and participating in) dance rehearsals, mimicking her mother's choreography and bopping in the front row at Beychella as she cheers on her mom. One of the final scenes of the documentary shows Beyoncé and her firstborn as Blue sings a sweet a cappella version of the Black National Anthem, "Lift Every Voice and Sing."

"I want to do that again! It feels good," Blue exclaims to the cheers of those watching and drawing a laugh from her mother. "You're like mommy, huh?" Beyoncé responds. "OK, if you want to, go. Lift every voice and sing." We stan a mother-daughter power duo!

Cynthia Erivo
Cynthia Erivo Performs a Gorgeous Rendition of "Summertime," and Her Vocals Are Unparalleled
by Brea Cubit 13 hours ago