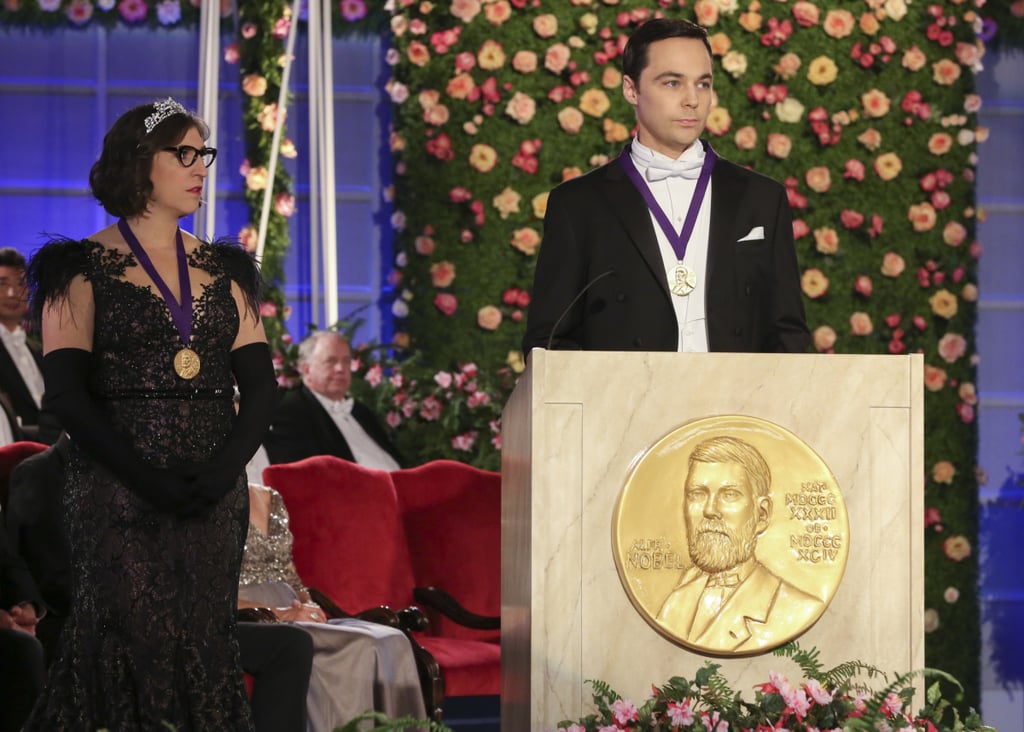 The hour-long series finale begins with Sheldon and Amy waiting to find out if they won the Nobel Prize (Leonard also gets permission to slap Sheldon awake if he falls asleep before the phone rings). As expected, they win!

The achievement comes with some side effects, both good and bad. On one hand, Amy uses the money that comes with the prize to give herself a swanky makeover. But on the other, Sheldon starts freaking out about all the attention reporters are giving them now that they're Nobel Prize winners. Fortunately, Penny sets him straight with a pep talk, which gives him the confidence he needs to head to Sweden for the award ceremony. And, luckily, he brings all of his friends along with him.

During the plane ride over (which happens two months in the future), Sheldon's self-centered behavior irritates the hell out of everyone. They're even on the brink of ditching him and Amy to head home, but ultimately they decide to stay to see him win his medal and give his speech (even if it is all about him and over an hour long).

Luckily, Sheldon has another heart-to-heart, but this time it's with Amy. She bluntly tells him that his behavior is ruining everything unintentionally. It's only because he doesn't mean to come off as such a jerk that people keep him around.

Sheldon really listens to what she has to say, and in the end, he chooses to devote his speech to his friends — he has each of them stand up in the audience to regale the auditorium with all the reasons he loves them. Cue the tears.