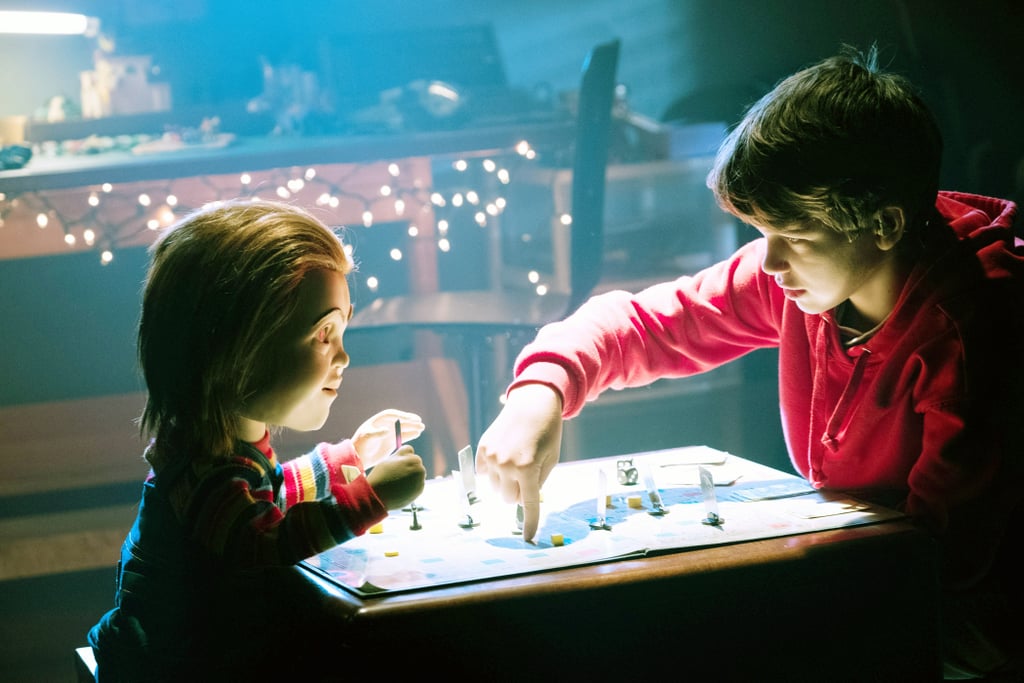 You could say the modern-day Chucky is still possessed, but not by a serial killer. Rather than being controlled by the evil spirit of a murderer, the new doll is WiFi capable, which means he operates using artificial intelligence. His descent into evil is triggered by a Buddi Doll sweatshop worker in Vietnam, who, fed up with the abuse he suffers from his boss, decides to f*ck with the code that powers the doll he's working on.

He removes all of the safety restrictions from the doll — which prevent him from cursing, using violence, and learning to the extent that Chucky eventually does — then climbs up to the warehouse roof and kills himself. That doesn't stop the malfunctioning doll from being packaged and shipped out, however, which is how he ends up at the same Zed Mart where Karen Barclay (Aubrey Plaza) works. She then gifts the doll to her son, Andy (Gabriel Bateman), which begins the movie's bloody saga.

Even though this version of the character isn't possessed by a killer, the new story has some interesting elements that will likely leave modern audiences feeling panicky — who doesn't have some sort of Amazon device in their home? If you have a Google lock, for instance, Chucky can get in. If you have a smart TV, he can spy on you. The film also makes pains to explain that Chucky isn't programmed to be murderous — his behavior is learned.

Holiday Movies
Somebody Call Snoopy, Because We've Narrowed Down the Best Charlie Brown Movies
by Alicia Geigel 13 hours ago

Celebrity Hair
From Loose Waves to Tight Braids, The Last Duel Is Filled With Tiny Beauty Details That Tell a Larger Story
by Samantha Sasso 20 hours ago