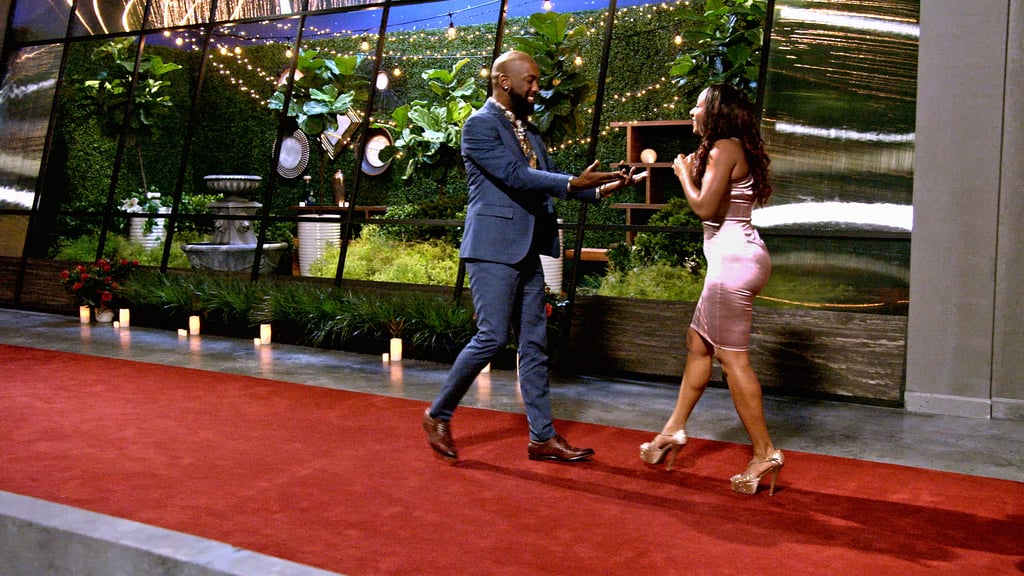 Are Carlton and Diamond From Love Is Blind Still Together?

If you're caught up on the show, you already know that Carlton and Diamond's relationship was the first one to end. After Carlton revealed that he had dated both men and women in the past, the new couple had some serious problems and, ultimately, a devastating onscreen fight that ended with them deciding to break up and leave the show.

Although they're obviously not together anymore, Diamond did tell Entertainment Weekly that they're friends now.

"Carlton and I were able to establish a friendship after the show. But it took a very long time for myself. Carlton reached out to me on several occasions. I wasn't ready. I had to put that behind me and remind myself that he was a good person despite what happened on the show and don't hold grudges," she said. "I finally reached back out to him after he made several attempts to reach out to me, and it started out as small talk, like happy birthday or happy new year or hope all is well. He did apologize. So I finally reached back out to him, and we've had conversations."

However, when Love Is Blind: After the Altar started its promotion, Carlton posted an Instagram claiming there was a false narrative being built around the way things ended with Diamond, calling out Diamond for her reaction to his revelation in the show. Carlton said the truth will come out in the reunion.