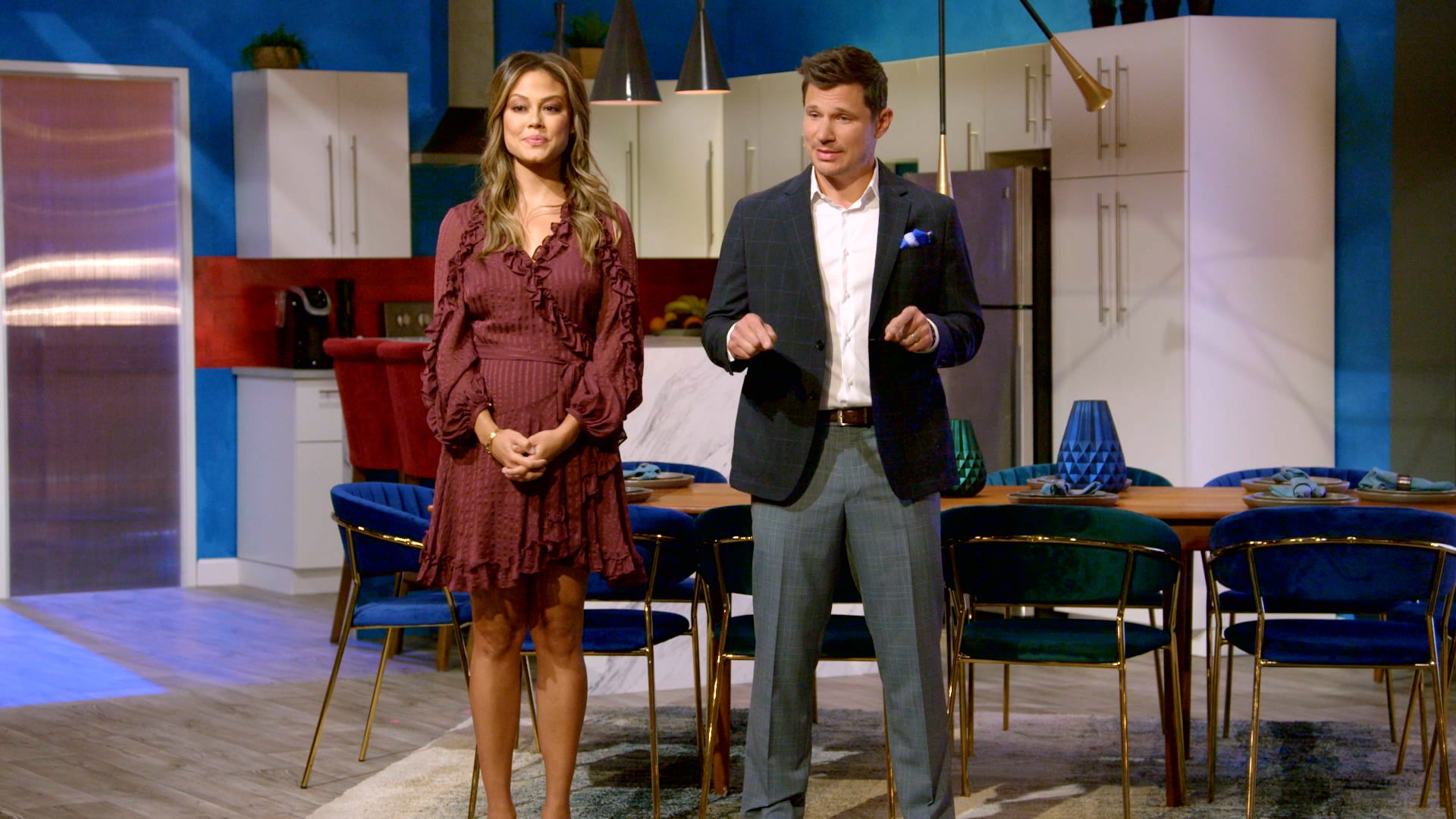 If you're part of the wave of viewers that have been swept up by the insanity that is Netflix's new reality series, Love Is Blind, you've probably been agonizing over the lack of a reunion episode. Never fear, because Netflix knows what the people want and announced on Feb. 26 that it will be airing a reunion special for fans to get all their burning questions answered and learn some surprising behind-the-scenes truths from the cast members themselves. The reunion episode is slated to air on Netflix's YouTube channel on March 5, a week after the season finale drops on the streaming site on Feb. 27.

Nick and Vanessa Lachey will bring back our favorite couples (those that are still together, of course) and singles to "spill the tea and come clean on the season's juiciest moments," which may or may not include that time Jessica gave her dog some wine from her glass. Not only will we find out what happened to everyone after the cameras stopped rolling, but we'll also learn from the contestants how it felt to watch all the drama unfold on TV!

Get your glasses and popcorn ready and tune in for the Love Is Blind reunion episode, airing on March 5 on Netflix's YouTube channel.