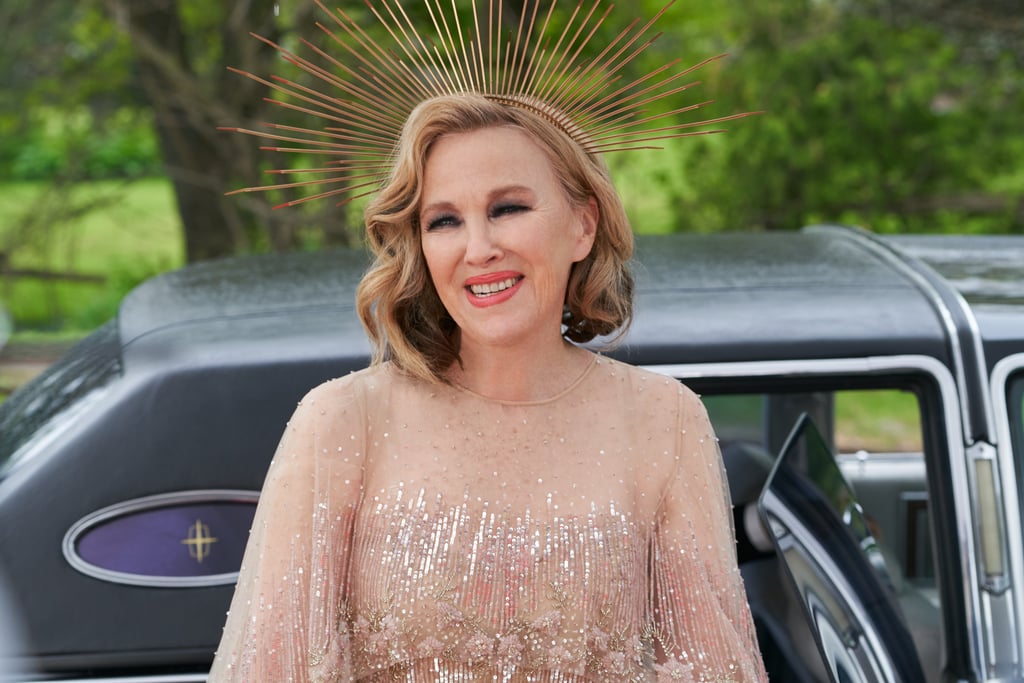 What Happens to Moira Rose on the Schitt's Creek Series Finale?

Though Moira is more than ready to move back to New York City with her family after Johnny lands a deal for his motel chain, the penultimate episode brings the surprise in the form of a Sunrise Bay offer. Tippy Berstein, the executive producer of the soap opera, sends the actress a note that reads, "Dear Moira, you win. Welcome back to the Bay." Turns out the bigwigs have agreed to all her demands she asked for during her negotiations about returning for the reboot — including the tennis bracelet! She officially accepts the offer when the call comes through that production wants her instead of her acting frenemy, Clifton Sparks. With Moira returning to her soap roots, Johnny decides to join her in California instead of heading to New York City.

TV
Michaela Coel Was Quizzed on Her Past Lines, and She Only Forgot the 1 She Wrote Herself
by Angela Law 16 hours ago