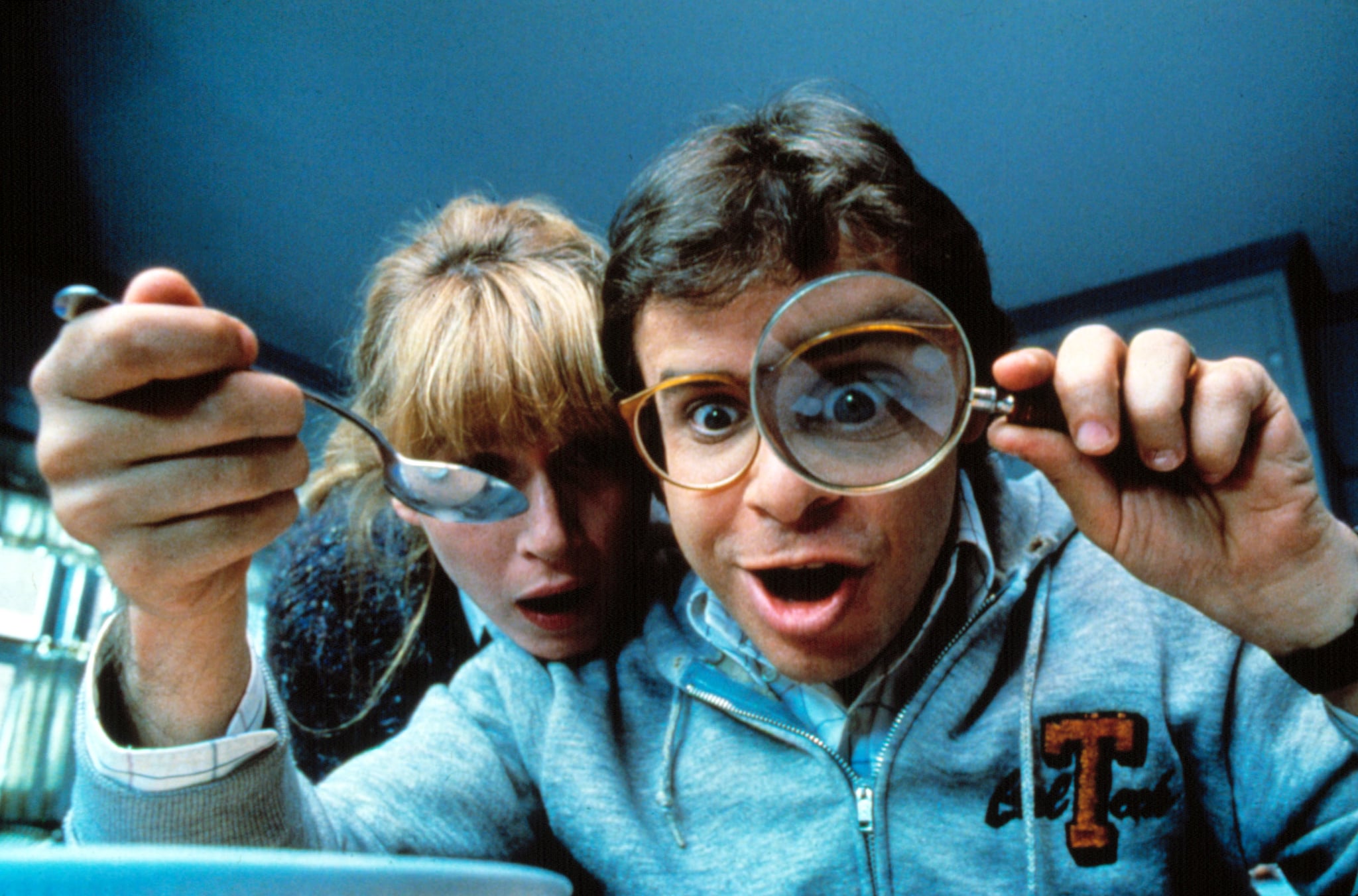 Disney just announced some majorly miniscule news: a Honey, I Shrunk the Kids reboot is coming to the big screen! Even more exciting than the news of this childhood classic getting a 21st-century makeover is the fact that Rick Moranis, aka the original dad who shrunk the kids, will be reprising his role as the eccentric inventor Wayne Szalinski, according to Deadline.

The 1989 film follows Wayne's adventures in his backyard after he shrinks his kids and the neighbor's kids with his electromagnetic shrinking machine and accidentally throws them out with the trash. The reboot will center on the story of Wayne's adult son — played by Frozen's Josh Gad — who, in an attempt to be a great scientist like his dad, follows too closely in Wayne's footsteps and accidentally shrinks his own kids.

Moranis — who has starred in the original Ghostbusters, Spaceballs, and The Flintstones — took a break from acting in 1997 to raise his two kids after his wife died from breast cancer. Since then, he has only taken on a select few voice acting roles, making this his first live-action film in 23 years. In sticking with the original crew of the film, director Joe Johnston will also return.

"I took a break, which turned into a longer break, but I'm interested in anything that I would find interesting," Moranis said in a 2015 interview with The Hollywood Reporter. "I still get the occasional query about a film or television role . . . and as soon as one comes along that piques my interest, I'll probably do it . . . I don't say no to anything until everything is presented to me. What is it? Is it happening? Is there a script? What's the part? Who else is in it? Where is it? How long is it gonna take? You know, I need a little bit more information." A release date has yet to be announced for the new project, but considering how selective Moranis is with his roles, we know this reboot is going to be worth the 30-year wait.