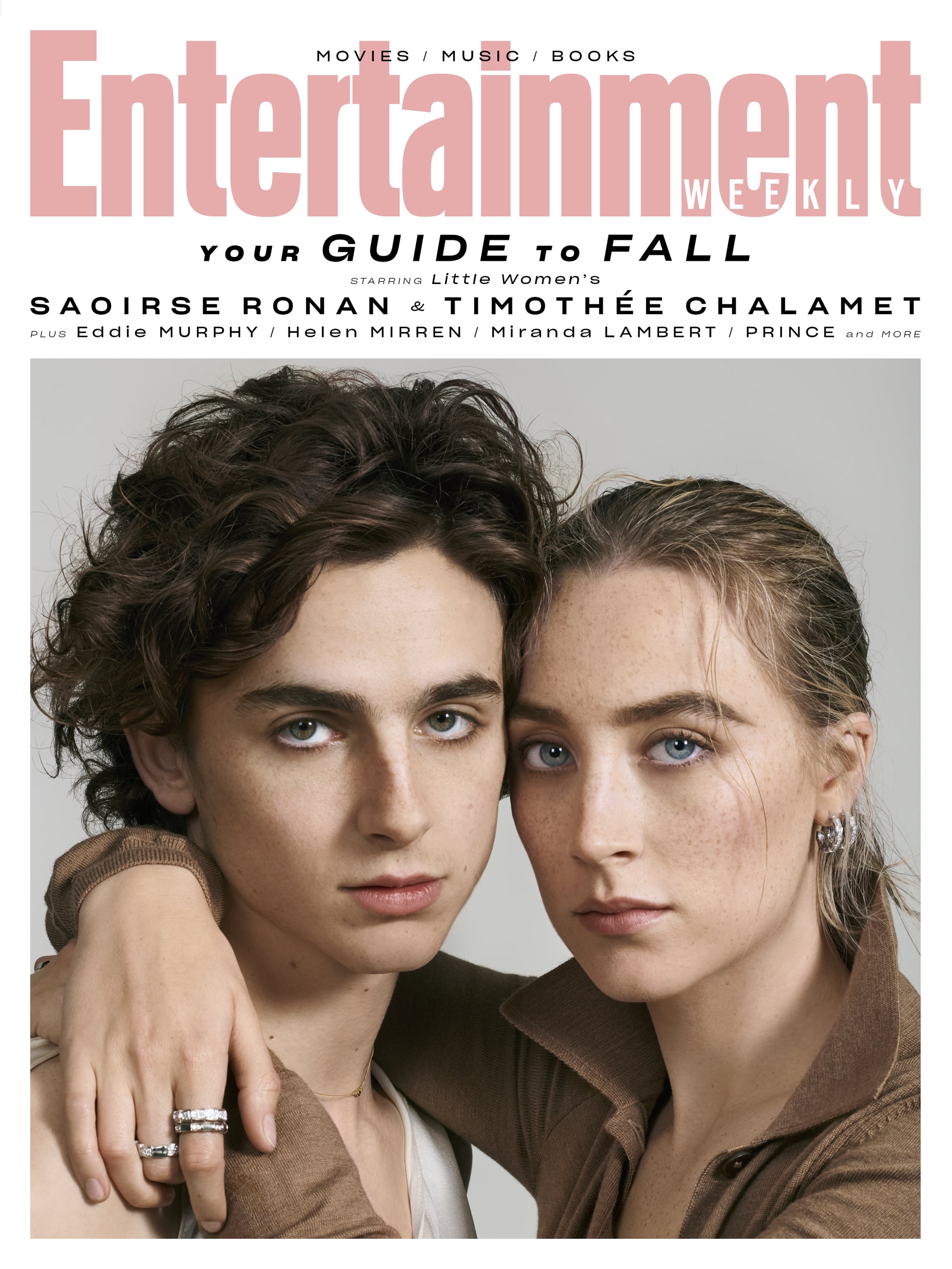 In case you somehow hadn't heard, Saoirse Ronan and Timothée Chalamet are starring in Greta Gerwig's Little Women reboot together, and it looks great. (Seriously — just give that trailer an Oscar already and be done with it.) It's the second time the pair have shared the screen, previously costarring in Gerwig's Oscar-nominated Lady Bird, and judging from their recent joint interview in Entertainment Weekly, we can expect plenty more chemistry.

"He keeps me on my toes — I'm never quite sure what he's going to do next," Ronan explained, noting how they fell back into each other's rhythms on the Little Women set near instantly. "That only progressed more and grew more. It helped that we do have a very natural rapport with each other . . . These two characters physically need to be very comfortable with one another. They're literally intertwined for half the film."

Ronan is playing Little Women heroine Jo March, while Chalamet is taking on the swoon-worthy role of Laurie. If you haven't read Louisa May Alcott's iconic novel, the characters grow up next door to each other and have an intense bond that goes on to shape many of their major life decisions.

"In the least clichéd way possible, it really doesn't feel like [I'm] acting sometimes [with her]," Chalamet said of their IRL friendship, inadvertently making me swoon right out of my chair. "When it's someone you're actually friends with, it makes it easier." The King star went on to call Ronan's energy "timeless" and that he "thanks God" that they were able to make the film. 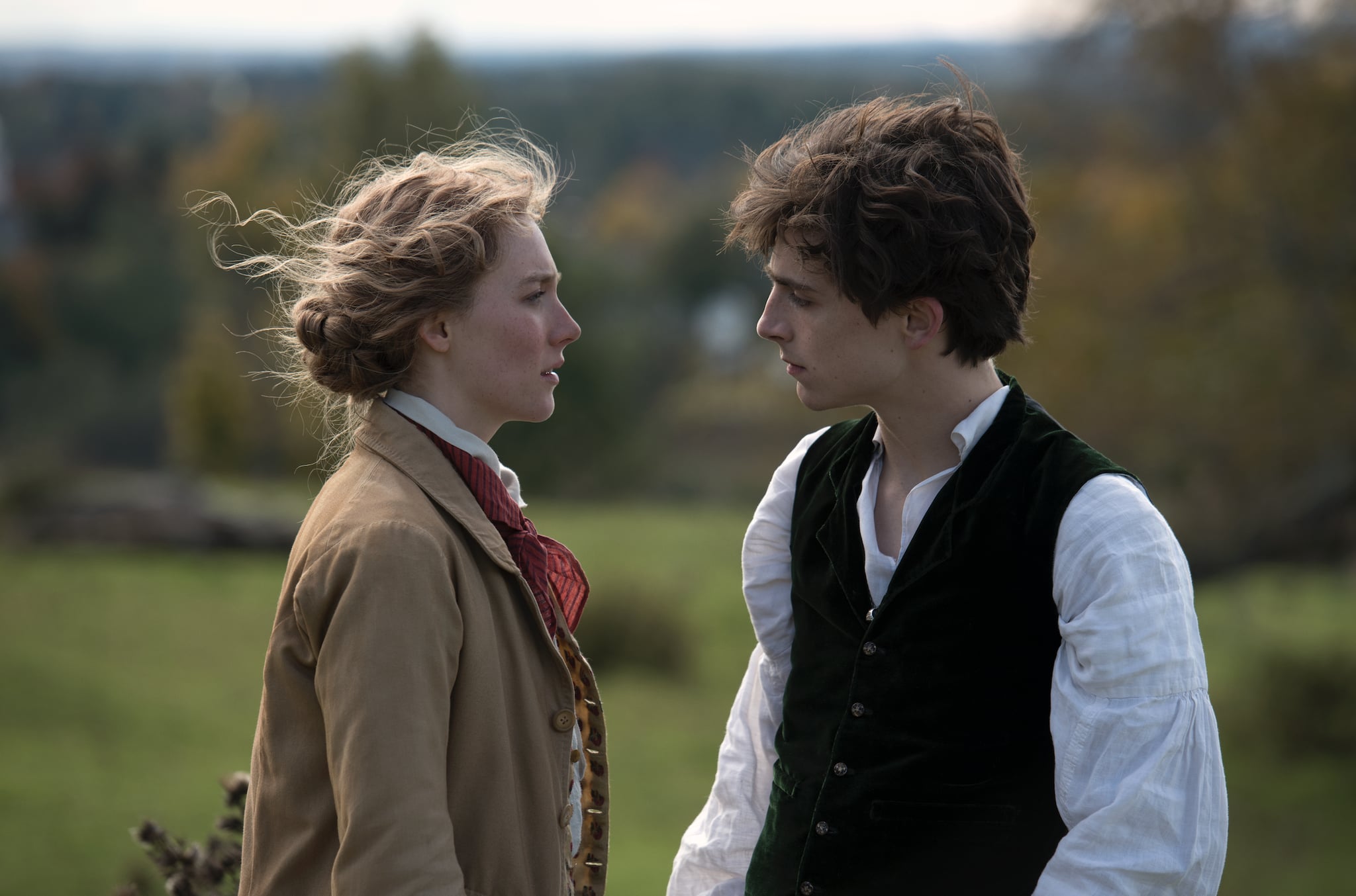 "But if I can add one little dose of information, and not just because she's sitting next to me . . . It's so rare with Saoirse — I'm so f*cking grateful to get to work with her," he added. "Whatever book I write for myself when I'm older, to look back on . . . well, this is a bigger conversation."

Journalist David Canfield writes that Ronan then cut in, chuckling, to ask, "Will I have, like, a chapter?" Chalamet laughed and responded "A chapter of Saoirse." Bringing my swoon count while reading these quotes up to . . . OK, the limit does not exist.

Related:
Let's All "Ooh" and "Aah" Over the Amazing Cast of the Little Women Remake Together

After making just about every Lady Bird fan on earth melt into a tiny puddle of emotions, Ronan recounted a story of how she got the role, marching up to Gerwig at an event and saying, "So I want to be in Little Women, but only if I'm playing Jo." Understandably, the film holds a special place in her heart.

"It's as important to tell Little Women right now as it would be at any point in our lifetime." She then cited the "pop culture climate" of "celebrating female friendships and sisterhood," adding, "It's a story that's full of love. That will always be relevant."