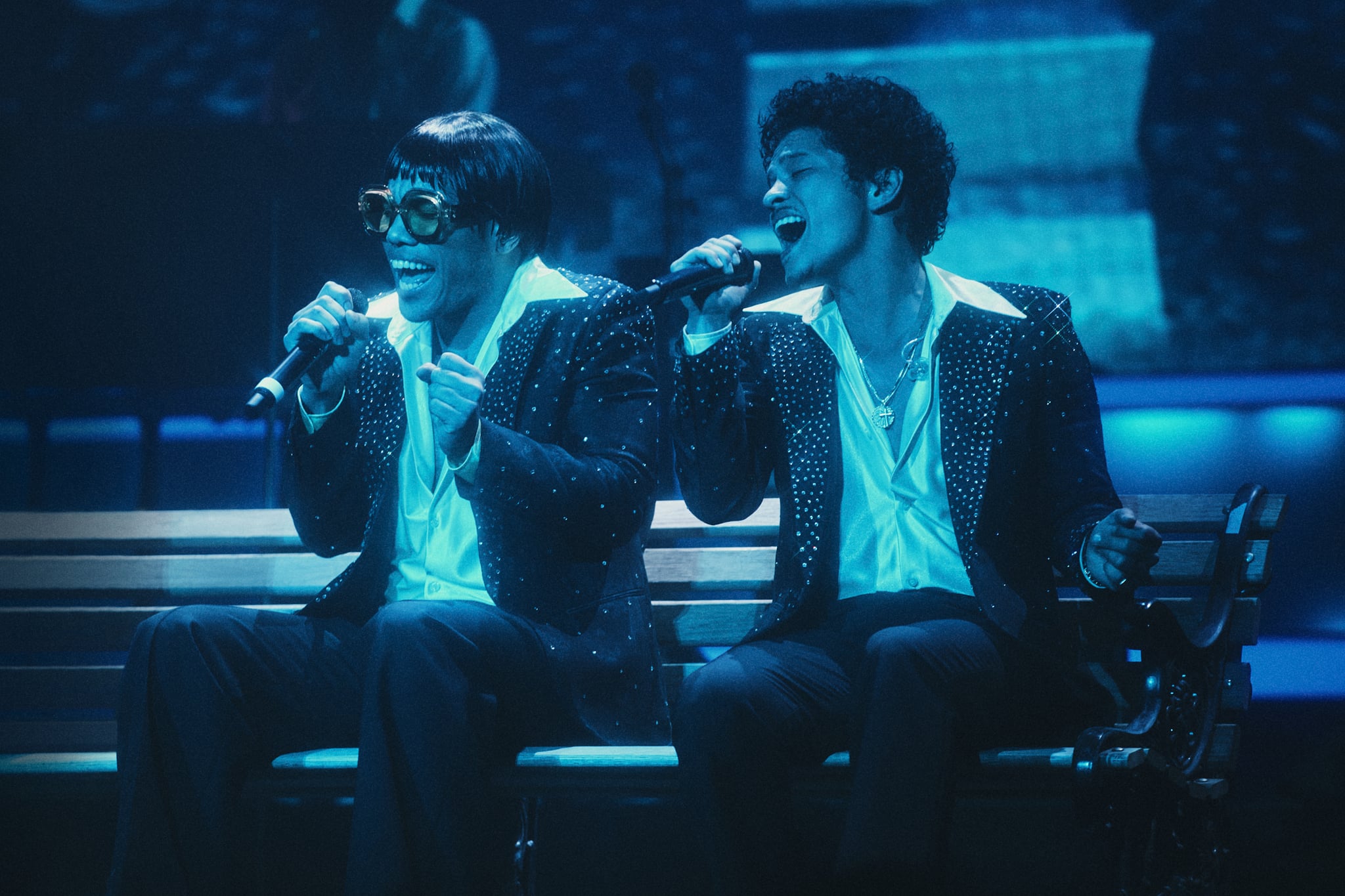 I've been encouraging my mom to take a vacation for years now. Every year, however, she puts something in front of her joy: she's taking care of a sick relative, she doesn't have the funds, she's going to wait until next year. It's a generational thing — the Black women in my family modeled selflessness for me, to the point where I even forget to close my laptop, put away my to-do lists, and have fun.

But there was no lack of fun in Las Vegas, where Silk Sonic turned the Park MGM into a full-on celebration of Black elders — especially Black women. Before walking into the phones-free Dolby Live theater, millennials hyped up excited elders in sharp and stylish outfits, helping them get the best angles on their photos. I grew up on '70s and '80s soul music (my mom and uncle were DJs), and I found myself immediately transported back to my family's basement, with turntables bumping and old posters of Isaac Hayes; Prince; and Earth, Wind & Fire all around me. With preshow tracks like Roy Ayers's "My Life in the Sunshine" and nods to Michael Jackson's "Remember the Time," Black elders vibed with their drinks and two-steps in an arena filled with music-lovers of all ages, races, and walks of life.

When it comes to celebrating soul music at its core, leave it to Bruno Mars and Anderson .Paak to ace the assignment. Opening the show with their intergalactic track "Blast Off," the two forces behind Silk Sonic primed the crowd for a full-on celebration of Black culture. Bruno Mars lit up the stage with glimmers of Jackie Wilson, Michael Jackson, and even the heavenly Purple One: Prince. With his penchant for theatrics, Paak shimmied across the stage like James Brown, even wiping the sweat from his brow while singing his heart out over a love gone wrong. Their cover of Con Funk Shun's "Love's Train" dazzled live under Vegas lights just as brilliantly as the 1982 original. They took turns crooning to women in the audience, competing for their affection in hilarious, charming ways. They singlehandedly brought back the "Please, Baby, Please" to modern R&B, and I love that for us. Bring back the begging, guys.

When it comes to celebrating soul music at its core, leave it to Bruno Mars and Anderson .Paak to ace the assignment.

All around me, Silk Sonic lovers danced and belted out the hits along with the band. In the crowd, I caught older Black men — dressed to the nines in tailored suits — nodding their heads as the band's trumpet player performed a solo that would make even the great Miles Davis proud. I saw groups of Black women in their sequins doing the Big Daddy Kane dance to Mars's "That's What I Like." The sold-out show with two of pop music's biggest stars had an inordinate amount of hits: they sprinkled bits of Black music's enormous history throughout the show for everyone to pick up.

Although I'm not quite an elder, I've always considered myself an auntie-in-training. Maybe those years aren't too far away, seeing as I picked out a subtle hint of Busta Rhymes's "Put Your Hands Where I Can See" in the band's instrumentals.

We don't get many moments celebrating Black women on such a large scale; we tend to be highlighted only during Black History Month or when we highlight ourselves. We've seen it done brilliantly during ESSENCE's annual Black Women in Hollywood event, BET's Black Girls Rock!, and in our own personal circles. But that simply isn't enough.

The verdict is still out on when my mom will finally take a vacation. But she loved that I'm breaking the generational cycle. She couldn't put down the show program I brought back for her, noting that Mars and Paak nailed the '70s look with their sunglasses and haircuts. She's got the show's samples playing on her Spotify. She loves how Silk Sonic honors her and her musical history.

Music
From Diddy to Brandy, Check Out the Best Performances From the 2022 BET Awards
by Monica Sisavat 1 day ago