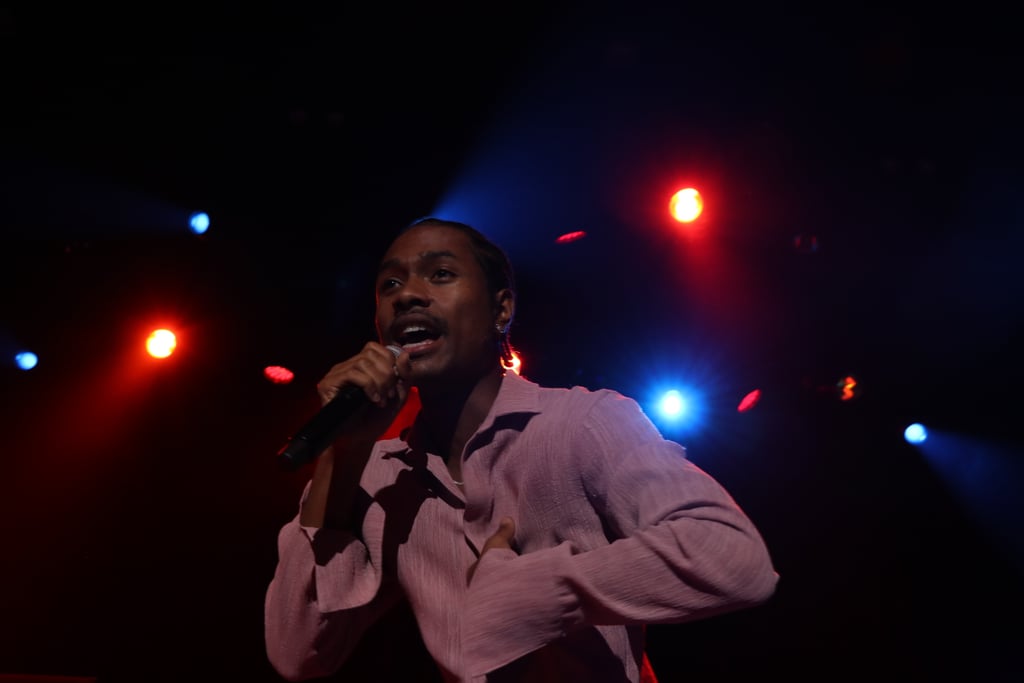 Steve Lacy Previewed a Brand-New Song at His SF Concert, and I Love It

As Steve Lacy stood quietly on stage after performing his new debut album Apollo XXI, the crowd at The Fillmore in San Francisco erupted with the sound of screaming fans. It was so loud that you could actually feel the room vibrating. Lacy — who has already toured the world as part of the California supergroup The Internet — turned his head away before he began crying. If anything, his tears only made the room cheer louder.

The first time I saw Lacy was at Bonnaroo in 2016 when he was with The Internet. I remember halfway through the set, lead singer Syd pointed to him and let us all know that their guitarist had just graduated high school and could finally start touring with the band. As Lacy played a solo, his energy seemed timid, but listening to his music now, timid is the last word I'd ever use to describe the musical savant.

Lacy turned 21 this past Spring and now creates music that openly discusses change, queerness, love, and otherworldly joy that gives space for self-acceptance (as well as so much dancing). At the Oct. 25 Fillmore performance, Lacy radiated love and happiness as he moved across the stage to songs that he produced, wrote, and sang all by himself.

Related:
The Raising Dion Soundtrack Will Make You Feel Like a Superhero
Previous Next Start Slideshow
MusicSteve LacyMusic Reviews