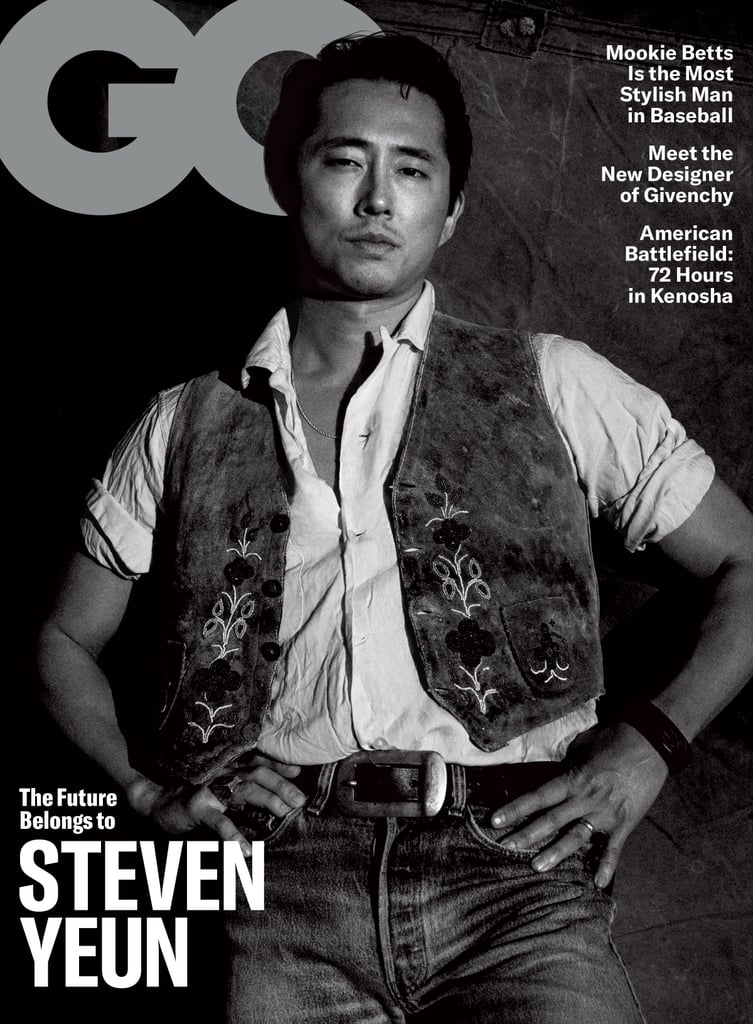 Steven Yeun Views Minari's Globes Snub as an Opportunity: "That's Why We Make This Stuff"

After an impressive performance in Minari, Steven Yeun is finally getting the attention he deserves. In his cover interview for GQ's April 2021 issue, the likely Oscar nominee opened up about his portrayal of Jacob Yi, the Golden Globes controversy over categorizing Minari as a foreign film, the pressure to authentically represent Korean culture, and the struggles behind a confusing immigrant identity. "That's really the core condition that I think we're always at tension with, which is when we're always stuck in this white gaze, there's also this expectation to service it," Yeun, whose family emigrated from Seoul when he was 4 years old, told GQ.

Following the success of his role as "the Asian guy on The Walking Dead," Glenn Rhee, Yeun discussed being ready to take on more complex, challenging roles in indie films like Okja, Burning, and most recently, Minari, which just won the Globes' foreign language film award. Ahead, check out his most notable quotes from his inspiring interview with the publication.