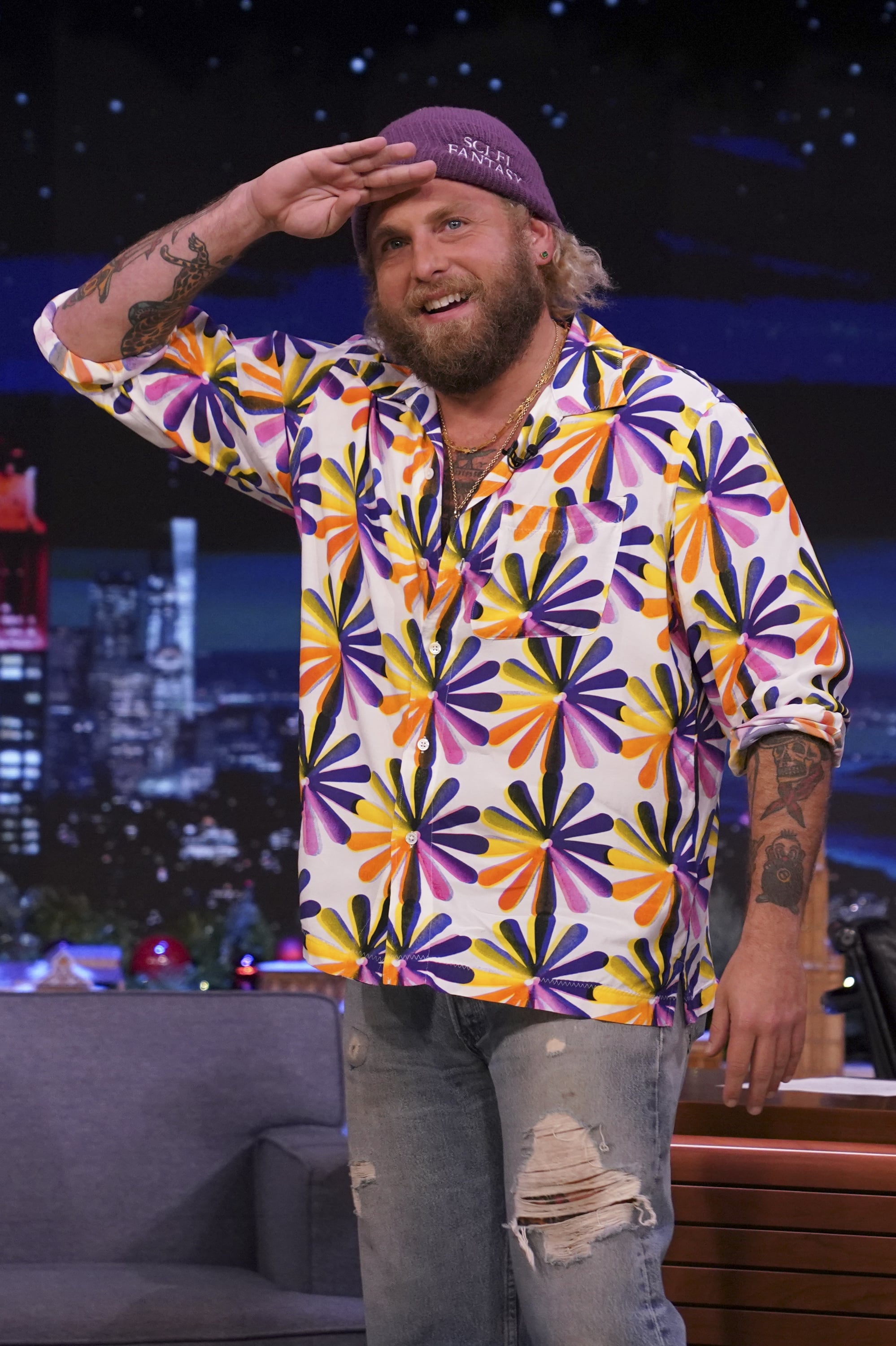 Fifteen years after the debut of their beloved comedy "Superbad," co-screenwriters Seth Rogen and Evan Goldberg took the time to reflect on their creation with its stars, and some of their revelations are not what you'd expect. In fact, in an oral history with Vanity Fair, they reveal that there was one actor whom Jonah Hill, who led the movie with costar Michael Cera, couldn't stand at first. Thanks to some strategically placed flyers and one chaotic audition, the "Superbad" creators revealed, Hill had a rocky start with Christopher Mintz-Plasse, aka McLovin, on and off camera.

"The search for McLovin was where we really started to go into a 'Twilight Zone' hole of madness. It became very evident that there were no actors who were right for the role," Goldberg told Vanity Fair. It wasn't until Mintz-Plasse showed up, thanks to some notices placed by the casting director at high schools across Southern California, that the producers felt they even had a shot.

"My buddies, who I was in a drama class with when I was in my senior year of high school, heard of an open audition for this movie. We all auditioned. I was the only one who got a callback," Mintz-Plasse recounted. "I was just, like, a scrawny kid. I was super stoked to be there. I had Seth and everyone sign my script because I didn't think I was going to get the part."

Judd Apatow, who helped produce the 2007 teen comedy, still remembers Mintz-Plasse's original audition and the reason Hill wasn't a fan at first. "In the audition, he was very caustic and attacked Jonah and did improvs insulting Jonah," Apatow explained. "Jonah said, 'I don't like that guy. I don't want him doing it.' And I said, 'That's exactly why we're hiring him. It couldn't be more perfect. The fact that it bothers you is exactly what we want.'"

"He played it like he was clearly the coolest guy in the room and everyone else was a nerd and a loser."

Rogen painted the scene similarly, saying, "Jonah immediately hated him. He was like, 'That was f*cking with my rhythm. I couldn't perform with that guy.'" But Hill himself was not quite as harsh. "Chris was really, really amazing off the bat," he said in the interview, although he admitted, "I think he was really annoying to me at that time."

Ultimately, as in the film itself, Hill and Mintz-Plasse's friendship has clearly evolved over time. Still, we may never watch "Superbad" the same way again knowing Seth might've been genuinely annoyed with McLovin for a majority of the movie. Director Greg Mottola chalked up the tension to Mintz-Plasse's nerdy confidence. "He played it like he was clearly the coolest guy in the room and everyone else was a nerd and a loser," Mottola told Vanity Fair. "He was Dean Martin instead of Jerry Lewis."

Tyler Posey
Tyler Posey's Dad Is Joining Him in "Teen Wolf: The Movie" — Here's Where You May Know Him From
by Eden Arielle Gordon 14 hours ago