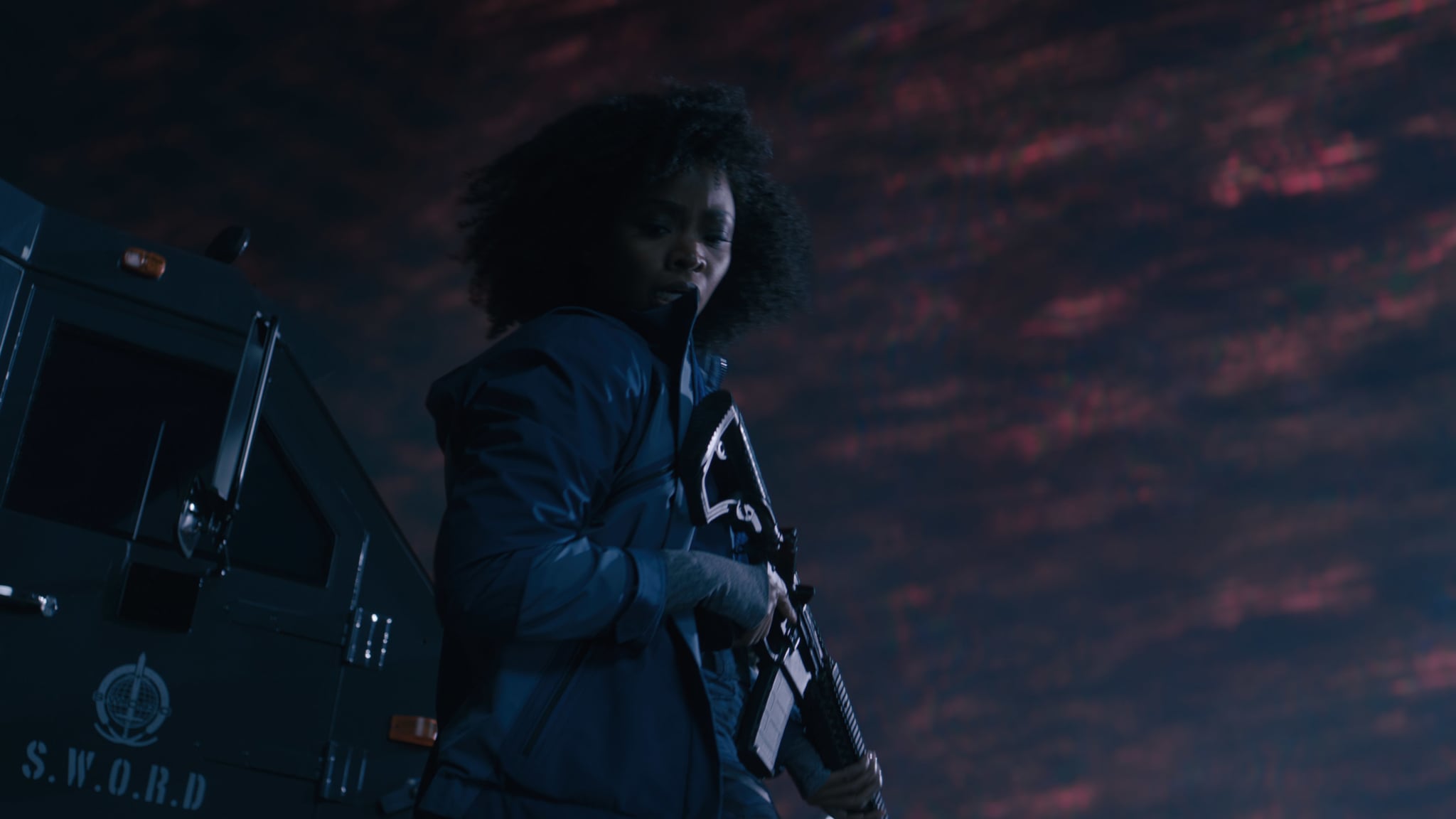 With only two episodes left in the first, and probably only, season of WandaVision, we're just as curious as the rest of you to find out how the story is going to end. Well, you might need to prep for the worst. In an interview with The Hollywood Reporter, Monica Rambeau herself, aka Teyonah Parris, described the ending as both "epic and incredibly sad." "I mean, the whole show is incredibly sad to me, but I'm putting those words together," she told the outlet.

We're not entirely sure who the "incredibly sad" is referring to, as essentially any of the characters — like Wanda, Monica, Vision, Billy, Tommy, Darcy, and Jimmy — in Westview could have a tragic ending. Based on how Wanda has been dealing with her grief over the death of Vision, our bets are on her. After all, we did see that Vision can't exist in his current form outside of WestView. Then there's Billy and Tommy, last seen in the presence of Agatha, who are currently missing. In the comics, part of Billy and Tommy's souls belong to Mephisto, who eventually reabsorbs their shards and removes them from existence.

As for the epic, now that there are three gifted women in Westview — Agatha, Wanda, and Monica — a showdown between the three is inevitable. Although, we're a bit worried for Monica as Wanda seems to be under Agatha's spell and that mid-credits scene didn't exactly bode well for her, newly powered or no. Another part of this epic puzzle may include Wanda's role in the upcoming Doctor Strange in the Multiverse of Madness. Could the loss of her children, her husband, and her brother be the actual breaking point and cause her to team up with Doctor Strange? If it is, will we see the WandaVision versions of Billy and Tommy again, or will they be in their older reincarnated forms? Guess we'll have to do what we do best — wait and see.

Award Season
Taraji P. Henson, Janelle Monáe, and More Stand Up For Abortion Rights at the BET Awards
by Njera Perkins 8 hours ago

Award Season
Jazmine Sullivan Urges Men to Rally For Abortion Rights at the BET Awards: "Stand Up"
by Kelsey Garcia 8 hours ago