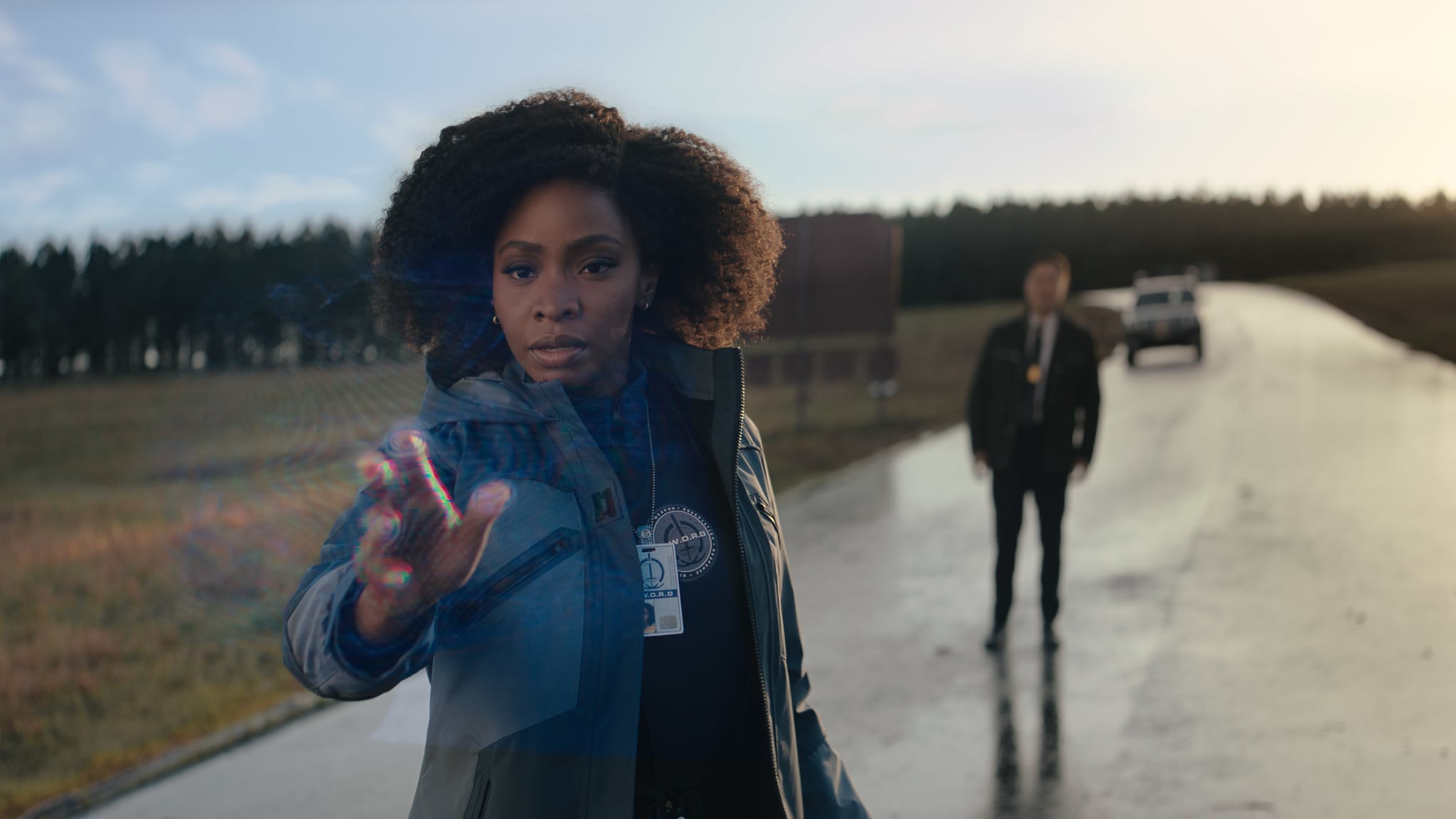 Episode five of WandaVision, aptly titled "On a Very Special Episode," sees Monica Rambeau undergo a few medical tests after her time in the "Hex" that is Westview. Rather than getting clear answers as to how her body was affected, the results give the agents of S.W.O.R.D. pause and hint at what's to come for the character. In the comics, Monica has gone through a few code names, including Photon, Pulsar, Spectrum, and the second Captain Marvel. Could the revelation of Monica's powers during WandaVision's seventh episode be setting up her role in Captain Marvel 2?

After being expelled from Westview on episode four, Monica — played by Teyonah Parris — undergoes a number of tests including X-rays and bloodwork in order to determine how going through the force field has affected her. The X-ray ends up being blank, which hints that Monica radiates too much energy for the machine to take a picture. In the comics, Monica receives her powers after being hit by an experimental weapon, allowing her to transform herself into any form of energy within the electromagnetic spectrum. While not exactly an experimental weapon, the Hex is an energy force field created through Wanda's grief, and Monica is the only person to be sucked in and then thrown out by Wanda's magic.

Episode six, titled "All-New Halloween Spooktacular!," confirms that Monica absorbed the energy as she exited the Hex and is well on her way to becoming the Monica we know and love from the comics. During the episode, Darcy tells Monica that her exposure to the Hex has "rewritten your cells on a molecular level." It's not until episode seven, "Breaking the Fourth Wall," that we get to see Monica's powers in action. After she breaks through the Hex, her eyes begin to glow blue, and she sees the world in a different light. This "new view" allows Monica to see the different energy signatures around her, which ties her to the electromagnetic spectrum. During her face-off with Wanda, we also see her project energy while in human form — which is another benefit to her powers in the comics. It's also worth noting that the outfit she sports is similar to her Photon costume in the comics.

In an interview with Rotten Tomatoes TV, Parris hinted that she will be a superhero in the upcoming sequel. "I am excited, just as the actress, to join Brie [Larson] and Iman [Vellani] and see what putting these three superheroes together — [the] Carol Danvers Captain Marvel, Ms. Marvel, and Monica Rambeau — [to see] what will become and happen in that film. But the rest we're just going to have to wait a few weeks before we can really talk about it," she said. Could she also be hinting at Monica's evolution on WandaVision? It seems so, but we'll have to wait and see exactly how her powers continue to manifest in upcoming episodes.

Phoebe Dynevor
Phoebe Dynevor Not Returning to "Bridgerton" Season 3: "If They Ask Me Back . . . Who Knows?"
by Eden Arielle Gordon 48 minutes ago