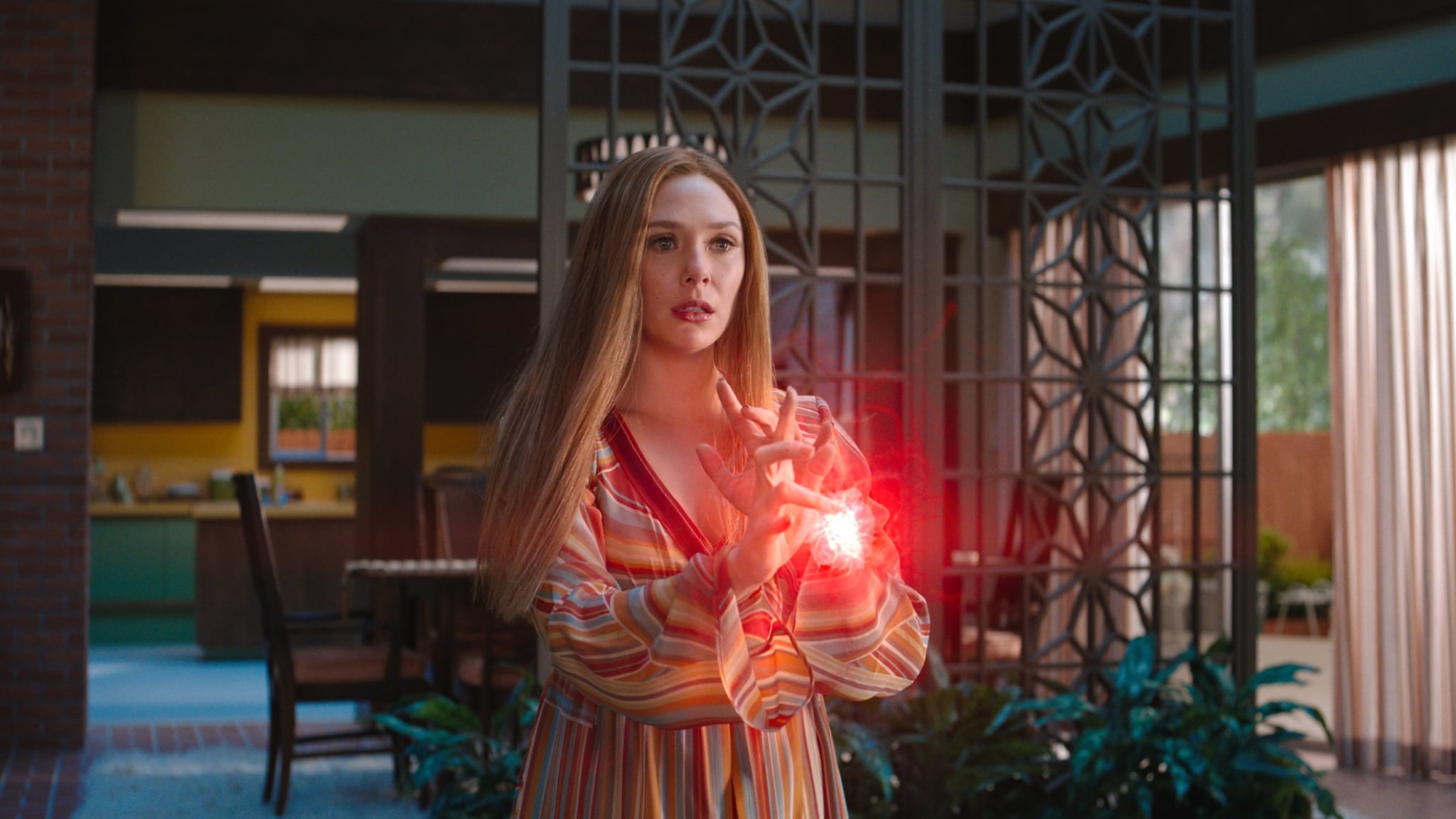 Imagine a love so powerful that you fabricate an entire sitcom world after your lover dies. That's more or less the apparent premise of Disney+'s WandaVision. Despite being one of the most powerful Avengers, Wanda Maximoff has long been sidelined in the Marvel Cinematic Universe. In WandaVision, we witness a woman mourning deeply and without inhibition — so much so that she becomes the antiheroine (some would even say villain) of her own world after years of relentless trauma. Because of this, Wanda Maximoff is the perfect character for telling a nuanced story about grief, regardless of whether or not there's a bigger villain puppeteering Westview.

The MCU hasn't had the best record with emotionally developing its women characters. Many of its women have been relegated to background roles behind brooding male leads. After showing a glimpse of grief following Thanos' snap, Black Widow, an OG Avenger with a substantial backstory, sacrifices herself in Endgame to save Hawkeye. Additionally, it took the franchise a decade to release Captain Marvel, its first female-led film. To its credit, Captain Marvel emphasizes how Carol Danvers' emotions are her powers. Even so, Carol's feelings stay in a non-messy zone — they're there to help her fight the evil Kree and protect innocents. While the MCU has made progress over the years, it often plays it safe, straying far from the cathartic emotional chaos captured in Birds of Prey.

"The woman has been through serious trauma, and it's about time we see how it's impacted her."

But now we have Wanda. Despite her extremely limited screen time, Wanda has always had the potential to be a fleshed-out, tragic antiheroine. Her parents perished when she was a child, and she and her brother Pietro later became guinea pigs and allies with HYDRA in Sokovia. After her brother dies in battle, Wanda accidentally destroys a building in Lagos while helping out the Avengers in Civil War. When she finally finds love with Vision, she has to kill him and watch Thanos destroy him again. The woman has been through serious trauma, and it's about time we see how it's impacted her.

Beneath the feel-good comedic glaze of WandaVision, there's something amiss about Wanda's world where she's in a happy marriage with Vision. The show takes place right after Endgame. Both Vision and Pietro are dead. WandaVision is set up in a way where each episode is a sitcom from a different decade. Half-hour comedies are a source of comfort, and Wanda has sheltered herself in a happy, comfortable world that denies the pains of her reality. But as viewers, the comfort isn't really meant for us. We're here to find out what's wrong. The week-by-week episode releases help build the slow-burn suspense as the show unravels the truth about Westview and Wanda.

It seems as though Wanda has been holding civilians hostage under a powerful spell to maintain this universe where she's a loving mother and wife. She likely has some form of agency — she seems fixed on preserving this shiny world, blasting Monica Rambeau back to reality and threatening to kill the S.W.O.R.D. director. And speaking of Monica Rambeau, here's another character who's been dealing with trauma of her own. After getting dusted, Monica returns only to find out that her mother Maria has passed away.

Perhaps there's a greater power at play in Wanda's situation, and maybe there's even someone planting painful allusions to her past. But the fact that Wanda reacts so viscerally to unpleasant memories is a stark reminder that she's never had the chance to fully process her grief in the MCU until now.