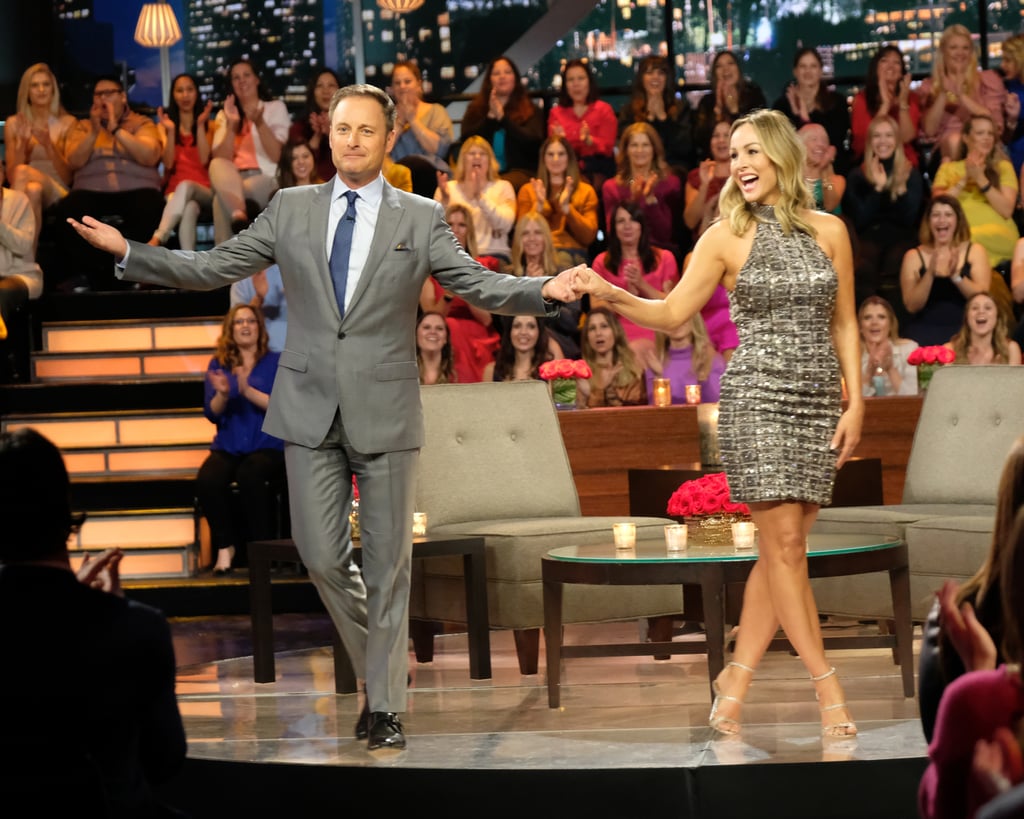 This season of The Bachelorette hasn't even started yet, and it's already a doozy. Since Clare Crawley was announced as the Bachelorette in March, there have been quite a few shake-ups. First, filming was delayed due to a worldwide pandemic, and now there are reports that Clare is stepping down as the Bachelorette and Tayshia Adams is taking her place. Though ABC hasn't announced anything officially yet, they have heavily teased the switch-up in recent trailers.

On Sept. 1, the series finally unveiled the first official look at Clare's season. While it doesn't touch on the rumored Bachelorette switch-up, it does give us a glimpse at all the drama in store. Set to Keke Palmer's cover of Aretha Franklin's "Respect," the trailer shows Clare making connections with a few of the men, including the rumored winner of her season, Dale Moss. Around the :27 mark, the two can be seen sharing a passionate kiss. The latest trailer further teases the drama as host Chris Harrison tells Clare, "Congratulations, you've just blown up The Bachelorette." Get excited for the upcoming season, which airs on Oct. 13, with the official trailer and teasers ahead.

Related:
A Thorough Look at All the Drama That's Gone Down Since Clare Crawley Became Bachelorette
Previous Next Start Slideshow
The BacheloretteTV