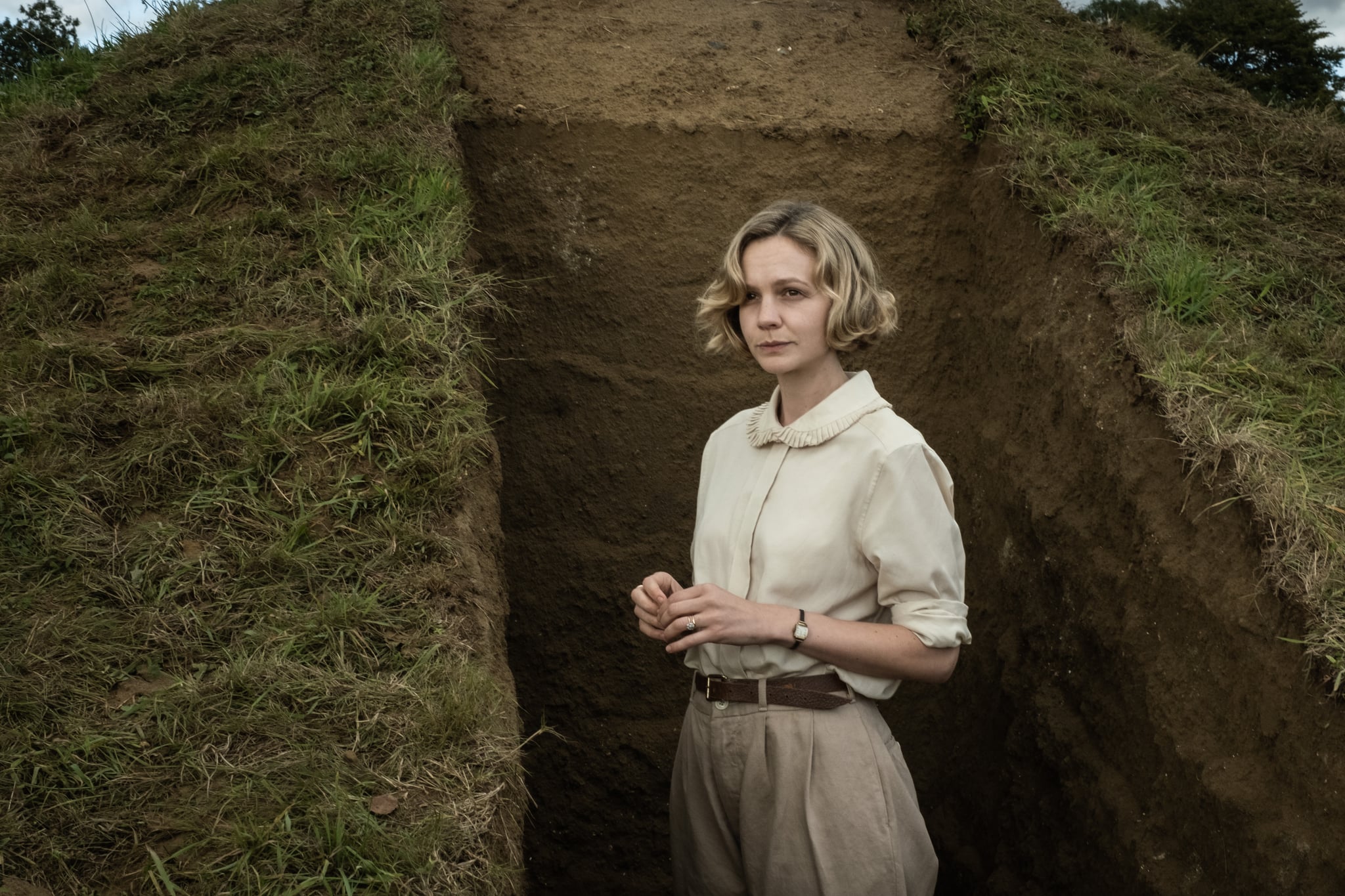 The excavations at Sutton Hoo, the site of Dark Age-era Anglo-Saxon burial mounds located in Suffolk, East Anglia, are considered England's greatest archeological find of the 20th century. Mere months before England entered the second World War, the story captivated British consciousness, as well as the attentions of budding archeologists the world over, and not only for the spectacular treasures discovered within the graves.

The people involved, from the wealthy widowed landowner whose estate the mounds were discovered on, to the self-taught archeologist who first broke ground, to the British Museum officials who wrested control of the dig away from the local scientists — all set against the backdrop of England on the eve of WWII — seem perfectly suited for cinema. Sure enough, Netflix has a new film, The Dig, based on the true story, starring Carey Mulligan, Ralph Fiennes, and Lily James. Get inspired for your viewing by learning a bit more about this turning point in our understanding of Medieval Europe.

In the late 1930s, on a scenic plot of land just a few miles from the North Sea coast near Ipswich, Edith Pretty (played by Carey Mulligan) decided to organize an excavation of the mounds on which her property stood. Coming from an affluent and well-traveled family, Pretty had visited tombs and pyramids in her youth, igniting a lifelong love of ancient ruins. After her husband passed, leaving herself and young son Robert (played by Archie Barnes) alone on the sprawling property, she began to take deeper notice of the curious-looking mounds, some 18 in number and laying a mere 500 meters from her house. With her archeological background, Pretty had a hunch that something important lay beneath. 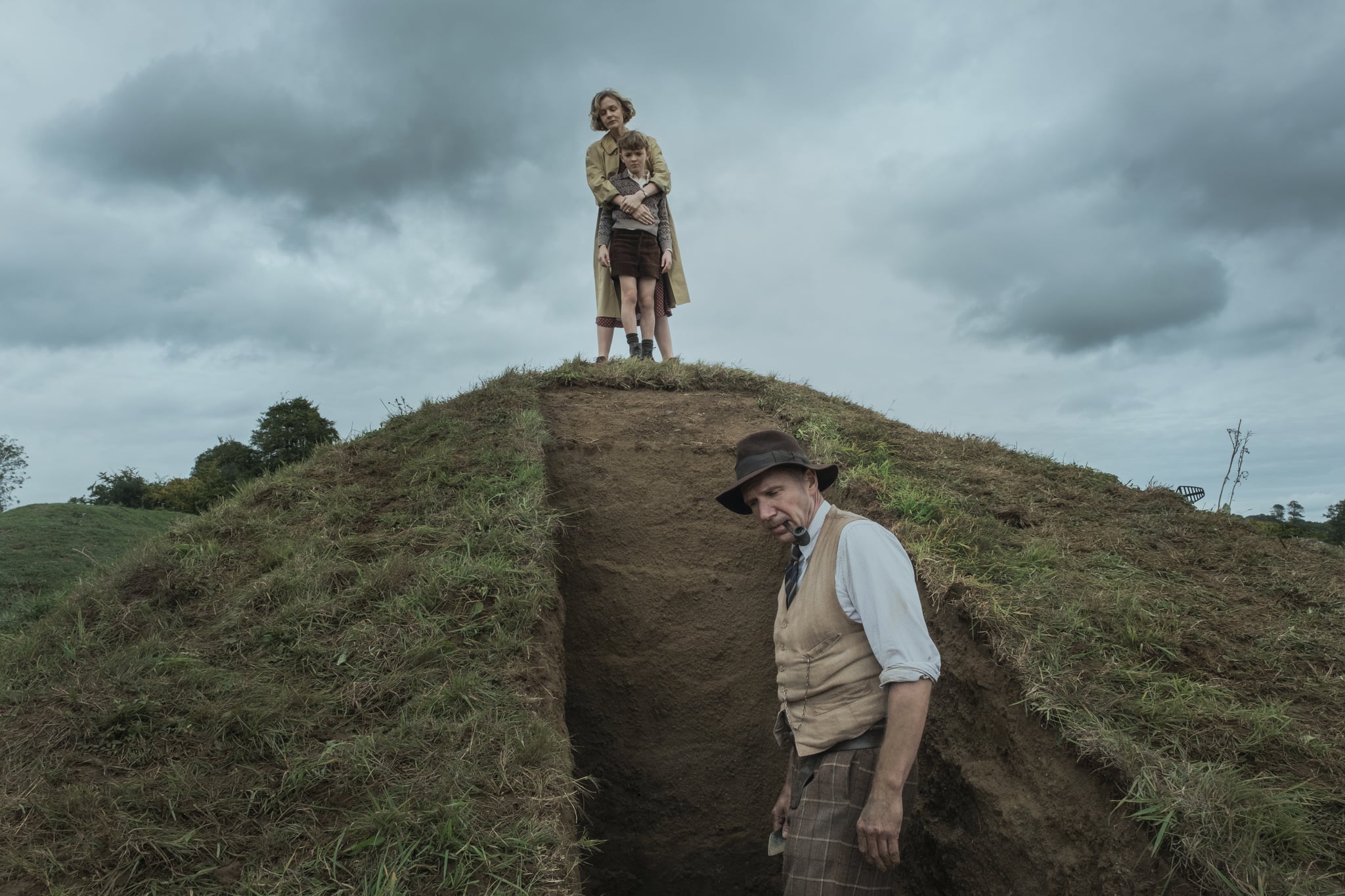 Evidence suggests the mounds had been disturbed before, with documented attempts at excavations in both the 16th and 19th centuries, and it is likely that looters had pillaged some antiquities over the years. No significant finds had been made, however, until Edith became motivated to obtain the services of the nearby Ipswich Corporation Museum and their local archeologist, Basil Brown (Ralph Fiennes), a self-taught digger with a suitably awesome name.

Pretty arranged the excavations herself for two seasons, with Brown and a ragtag crew made up of her gardener, gamekeeper, and estate worker first honing their skills on an excavation of three smaller mounds. After some initial exciting finds, in May 1939 Pretty suggested they next focus their efforts on the largest mound, to be hereafter known as Mound 1. After several days of digging, the team made a remarkable discovery — a ship's rivet. Pretty immediately realized what lay beneath was a find of massive historical significance. What Pretty, Brown & Co. had discovered was an ornate seventh century grave for an honored king, situated within a massive ship, a vessel that was to send the ruler off into the afterlife via the celestial seas.

The grave goods were rich and came from lands across Europe and Asia. There was an ornate belt buckle, swords, gold coins from France, garnets and enormous metal bowls, and most famous of all, the iconic Sutton Hoo helmet. No body was found within the grave, but this is likely due to the acidic soil of Sutton Hoo, which formed a sort of acid bath that over the years made quick work of dissolving organic materials such as leather and human bodies. This was, as it would be hailed once the news broke to the public in the summer of 1939, "Britain's Tutankhamen." 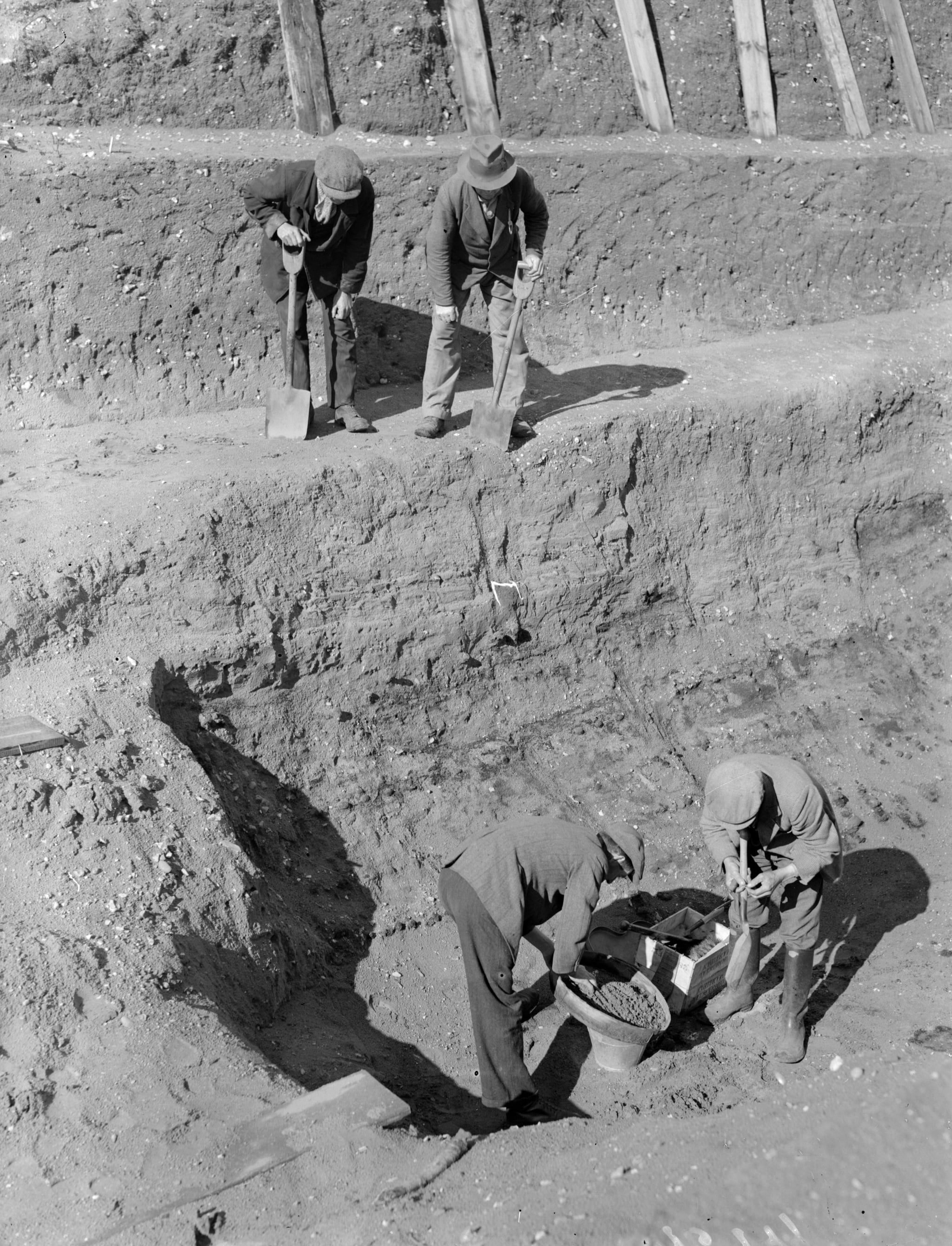 A month before the story started to appear in the press, however, a Cambridge-educated archaeologist named Charles Phillips (played by Ken Stott) contacted the British Museum after visiting Sutton Hoo in June. It was decided that Phillips should oversee the rest of the excavation, and, despite their ingenious work thus far, Brown and his local archeologists were relegated to assistant duties. Phillips assembled his own excavation team, including a young married duo of archaeologists, Stuart Piggott and his wife Margaret (Peggy) Piggott (née Preston), played by Ben Chaplin and Lily James in the film. Peggy unearthed the first items of gold from Mound 1 that July.

One interesting deviation the film takes from the true story is the appearance at the excavation of real key photographers, Mercie Lack and Barbara Wagstaff. The serious amateur photographers — who were actually teachers on holiday in the region that summer — captured over 400 images, including some in color, which were later donated to the National Trust and subsequently conserved and digitized. For reasons of romantic plot development, in both the novel by John Preston and Netflix's film, the two close friends are replaced by the singular fictional figure of Pretty's nephew Rory Lomax, played by Johnny Flynn. Another deviation from the real life story is the relationship between Pretty and Brown. Their love for one another was entirely platonic and they were never a couple.

With just enough time to work before England was to enter into WWII in September 1939, the goods were packed up and moved to London for a treasure trove inquest. It was determined that the treasure on Pretty's land was her property. Overjoyed at the scale of the discoveries, and in a characteristic act of generosity, Edith bequeathed the entire collection to the British Museum.

Up until Pretty's discovery, the period following the fall of the Roman Empire had been painted as "the Dark Ages" with a broad brush, since so little archaeological evidence had yet been found to reveal people's way of life and customs. However, the treasures found at Sutton Hoo link eastern England to trade routes across the world, suggesting that the Anglo-Saxon lands were actually a centre point of wealth and power in the era. The work of such unique characters as Edith and Basil had given English identity a new narrative. As a character remarks in The Dig, "The Dark Ages are no longer dark."