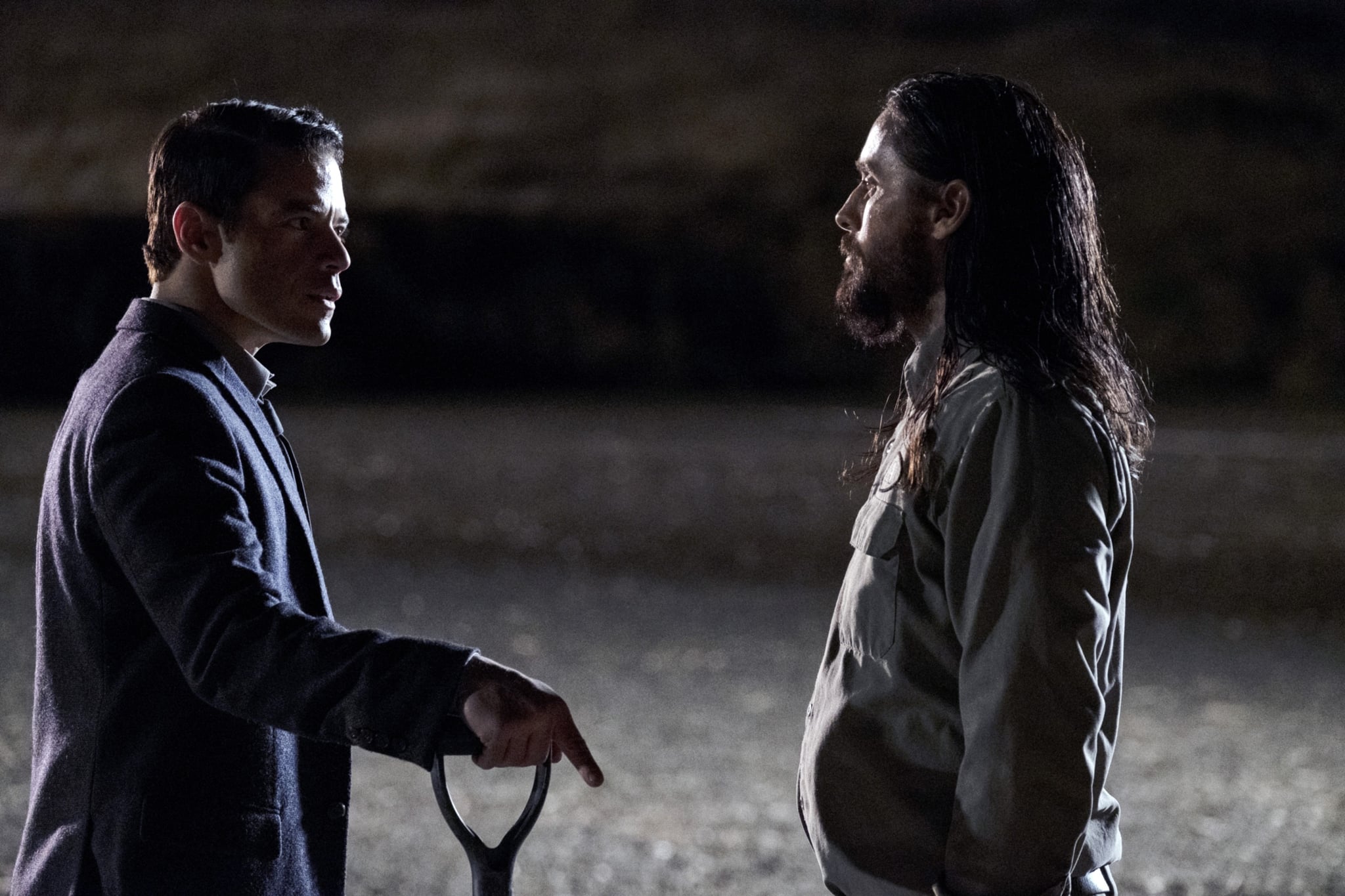 If you recently watched the neo-noir crime thriller The Little Things, you might have questions about its symbolic open ending (and that red barrette). Following two law-enforcement officers, deputy sheriff Joe "Deke" Deacon (Denzel Washington) and lead detective Jimmy Baxter (Rami Malek), the film centers on a Los Angeles serial-killer case in 1990. After various unsolved murders are committed throughout the city, all following the pattern of women being stabbed to death, the police officers become suspicious of Albert Sparma, a man who works at a repair store near the crimes.

Deacon is an off-kilter police officer with hazy morals — a man who will stop at nothing to solve a case, even if that means breaking the rules of the justice system. We know a past unsolved case set his life into a tailspin, leading to a divorce and a heart attack. Once he sets his sights on Sparma as a suspect, there's no going back. Baxter assists Deacon in sneaking into Sparma's home without a warrant, where he finds tucked-away newspaper articles about the killings, and a police questioning also leads to some more suspicion due to Sparma's emotionless, sarcastic attitude. We see Deacon become more and more convinced that Sparma is the serial killer, and Baxter joins in on the obsession; the two even end up keeping watch outside Sparma's home to spy on his every move.

Is Sparma the Killer?

Baxter agrees to go with Sparma into a desert in the middle of nowhere to find Rhonda Rathbun's body, with Deacon trailing behind. Sparma taunts the detective, making him dig several holes, and tells him he has never killed anyone. There, the major plot twist occurs: Baxter kills Sparma with a shovel to the head, partially by accident and partially due to rage and exhaustion. When Deacon arrives, he quickly decides to cover up Sparma's murder, instructing Baxter to bury the body well. Deacon takes Sparma's car, gives the keys to a few boys he sees on the street, and bags all of Sparma's possessions, clearing out his entire home into black garbage bags. By making it look like Sparma decided to leave town, Deacon makes the repair-store worker look even guiltier, prompting the entire police force to center on Sparma as the prime suspect (who they obviously will never find).

How Does The Little Things End?

Once Sparma's murder is covered up by the morally ambiguous police officers, it becomes clear that Baxter has been consumed by guilt. He sits in a chair in his backyard, staring blankly at his two daughters as they swim in the pool. Suddenly, he gets an envelope from Deacon: a note that says "no angels" and a simple red barrette. Earlier in the movie, Baxter asks Deacon if he had found a red barrette in Sparma's home during the unofficial search, because Rathbun had been wearing one the night of her disappearance. The note and the barrette are meant to clear Baxter's conscience and make him believe the two did the right thing. But we quickly find that isn't the case: as Deacon burns all of Sparma's possessions, he throws away a brand-new pack of barrettes with the red one missing. Deacon never found a barrette in Sparma's home, meaning in all probability, the two officers killed an innocent man who simply fit the part of a serial killer.

What Does the Ending of The Little Things Mean?

Flashbacks show that Deacon accidentally shot one of the survivors of a past murder case and that it was all covered up by his peers. We see Deacon go into a surreal state of guilt at the coroner's lab, as the dead woman turns to face him in his mind. Each of the final twists of this movie make a comment on the idea of justice, or lack thereof, and critique corruption in law enforcement when all that matters is making someone pay for the crime. Sparma's dispassionate, cold-blooded nature and his dark tendencies ,like collecting crime memorabilia and frequenting strip clubs, are what convict him in the eyes of Deacon and Baxter. By the end of the movie, no one knows if Sparma was the right guy or not — the thing is, at least in Deacon's eyes, it doesn't really matter — "justice" was served.