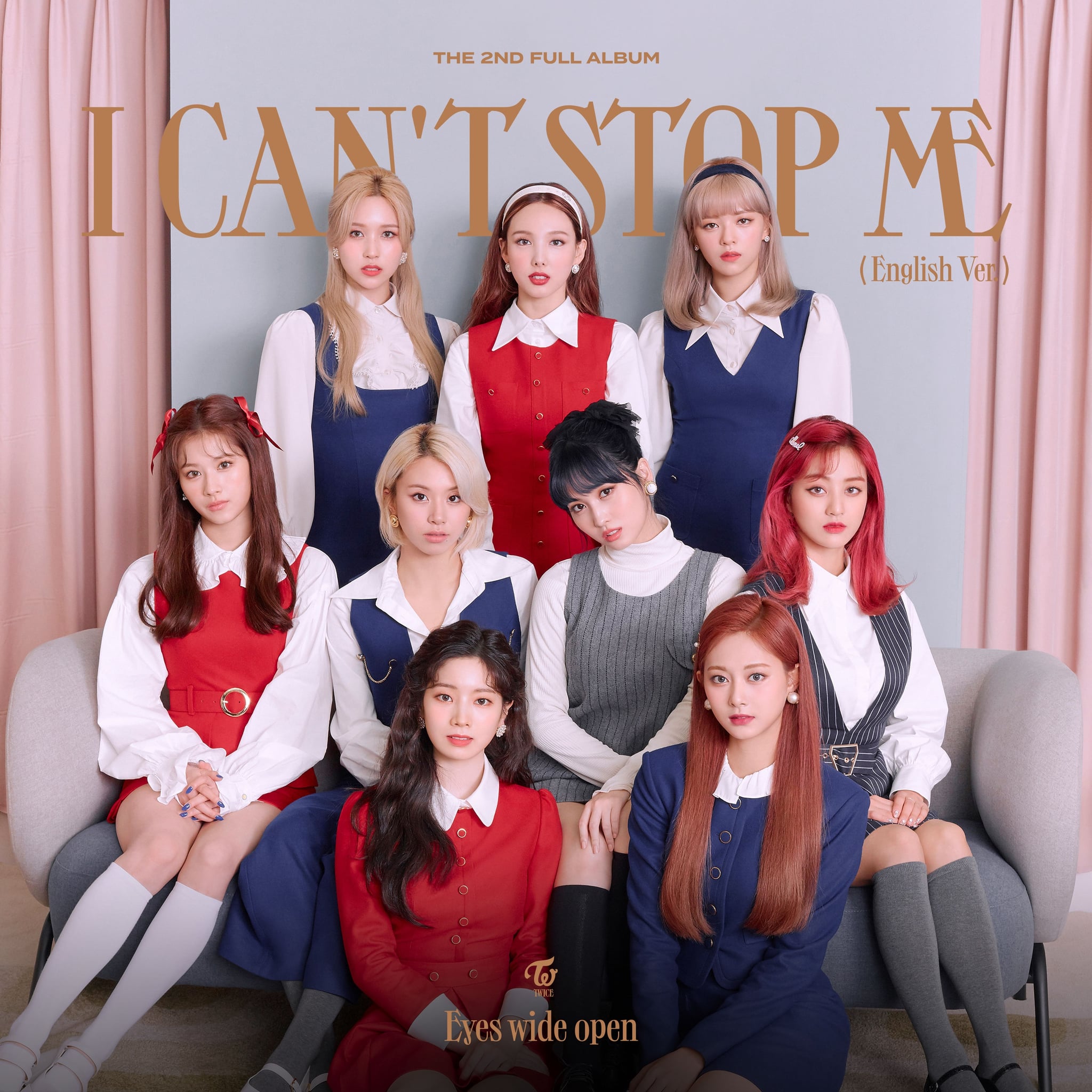 TWICE are leaving behind their "cute and lovely" image with their latest album, Eyes wide open, which was released on Oct. 26. The group — Nayeon, Jeongyeon, Momo, Sana, Jihyo, Mina, Dahyun, Chaeyoung, and Tzuyu — view the album as a continuation of their More & More EP, which had them expanding upon a preexisting story vs. starting over completely from scratch. "Creating this album was a new and exciting experience for us," Momo told POPSUGAR. And they hope that their fans, known as ONCE, are just as excited listening to their music as they were creating it.

"I would say that Heize and Dua Lipa created this music not only for us, but for the whole world where everyone is going through this hard time together." — Mina

Part of this experience involved working with Dua Lipa and Heize on the song "BEHIND THE MASK." "[It's] a song that somehow connects with the situation right now, where everyone has to wear a mask to stay safe and healthy," Mina said in regard to COVID-19. "I would say that Heize and Dua Lipa created this music not only for us, but for the whole world where everyone is going through this hard time together." Other members were just as excited to work with the duo, with Jihyo adding that she was grateful for "the music and words they wrote [that] brought this track to life."

Like any artist, each member of TWICE has their favorite songs off of Eyes wide open. Dahyun, in particular, has a soft spot for both "QUEEN" and "BRING IT BACK" since she wrote the lyrics herself. "The message behind the song 'QUEEN' is to love yourself just the way you are, and don't be afraid to show your true self," Dahyun revealed. "I hope people who need to hear this message can gain courage through this song." For other members like Tzuyu, it was all about how a song made them feel. "I fell in love with ['UP NO MORE'] when I heard the demo version for the first time. I loved it even more when I heard the members singing this song." 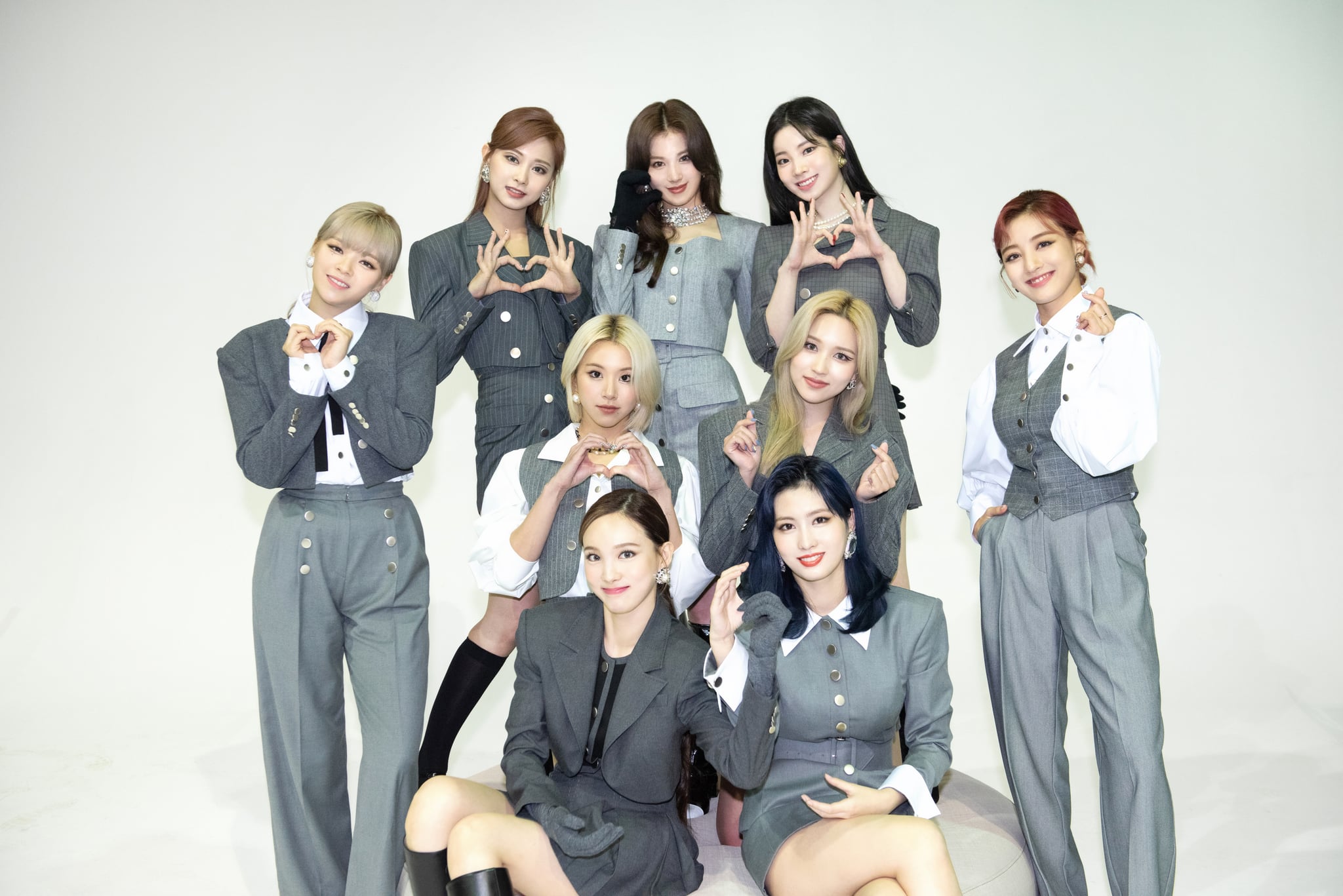 "In these times of uncertainty, we have to keep on finding new ways to stay connected with each other." — Tzuyu

With Eyes wide open, the group hope that ONCE can find solace in their music. "I hope fans will have a chance to listen closely to the tracks' lyrics and try to think about how it relates to their own world," Jihyo said. "In these times of uncertainty, we have to keep on finding new ways to stay connected with each other," Tzuyu said, before adding, "I hope our songs can act as a medium for people to stay connected." At the very least, they want fans to be able to look forward to the new era of TWICE. "We have put in extra efforts to include as many songs as we can, all with their own style," Nayeon explained.

It's been five years since their debut, and TWICE couldn't be happier with the progress they've made as a group. "We've grown to actively participate in the album-making process and have our voices be heard," Nayeon shared. The group are responsible for writing "UP NO MORE," "DO WHAT WE LIKE," "BRING IT BACK," "QUEEN," "HANDLE IT," and "DEPEND ON YOU" on the album. "All of our members and crew are trying to show this mature side of us by sharing ideas during meetings," Dahyun added. TWICE hope they continue to grow and mature in their sound and assure ONCE that they have plenty left to show.