POPSUGAR / paid for by / FOX

Alongside FOX, we're giving you the chance to get a personalized aura reading to find out what emotions you're projecting to discover your true identity. Who knows — you may share qualities with the three central women of FOX's new show, Almost Family, as they attempt to uncover the truth about where they came from. Tune into the premiere on Wednesday, October 2nd at 9 p.m. EST/8 p.m. CST to watch the story unfold.

You may have a vague idea of what an aura is from that time your kooky, new age-y aunt claimed she could see clouds of purple around your head — but aura readings have been around since ancient times. Remember the halos surrounding the heads of Jesus and other Christian saints you see in religious paintings? If you're a yogi, perhaps you've heard of the Indian principle of "prana" or the Chinese concept of "chi." They're all just variations on the same idea — an aura is a projection of the energy fields around you, representing your current emotional state. It's always in flux, and sometimes can be felt or seen by taking a photograph.

Each color in the spectrum is associated with a different vibe, and everything from our innate characteristics to the way we feel to the way we present ourselves influences the colors of our aura. We teamed up with FOX's new show Almost Family, to showcase just how intense this energy can come across. On the show, Julia Bechley (played by Brittany Snow) learns the shocking secret behind her father’s success — but the way she chooses to react to the stressful and complicated fallout is indicative of her unique aura. She could be logical, angry, forgiving, or completely lose control.

What is innate to Julia's being? You'll have to tune in to find out! But Just like the character, we too have auras surrounding us that give cues to those around us about our emotions and core being. To get a sense of where your current state of mind lands on the color spectrum, head to our Aura page for a digital reading. But first, keep reading to find out how it works and what the results mean for you. 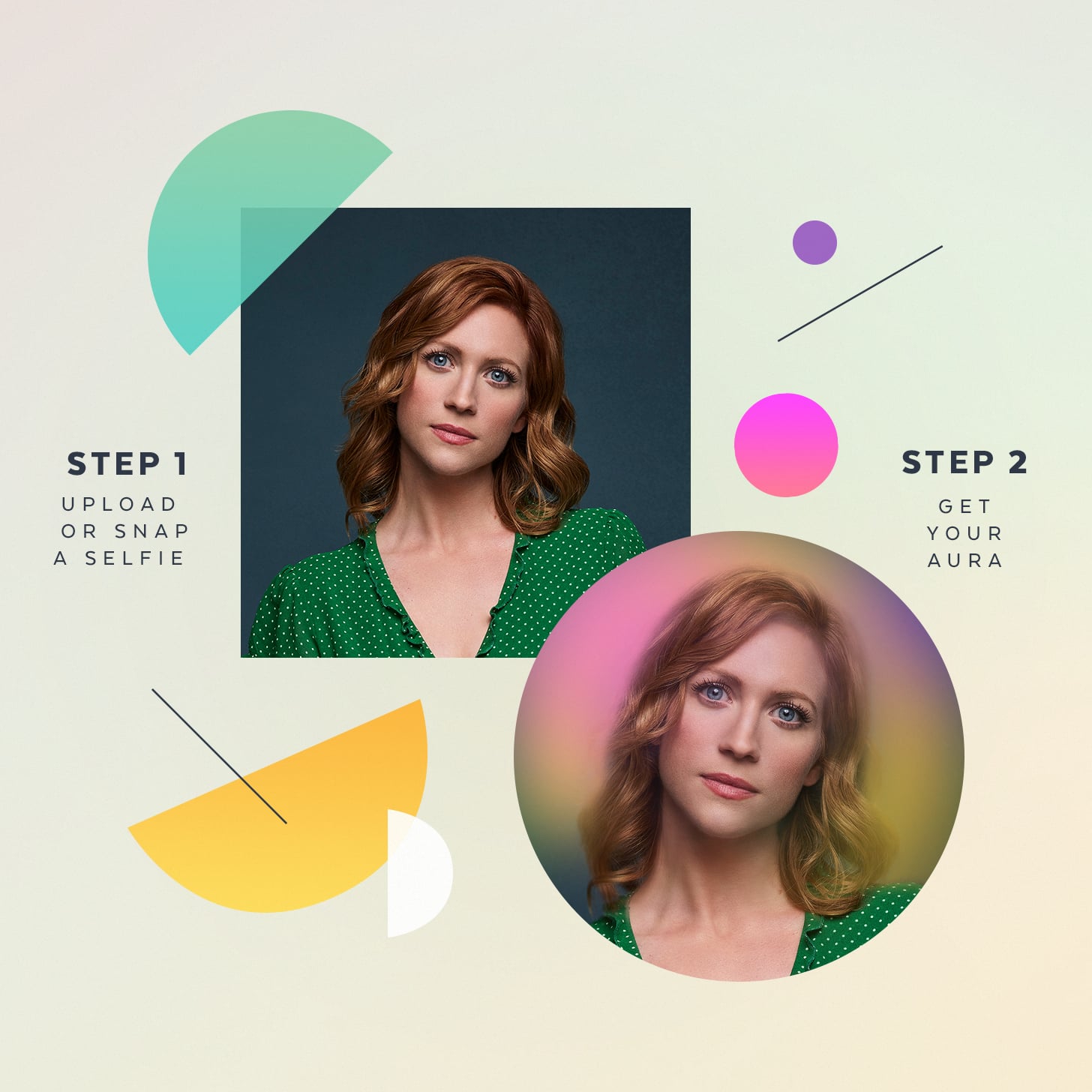 What the Colors Mean 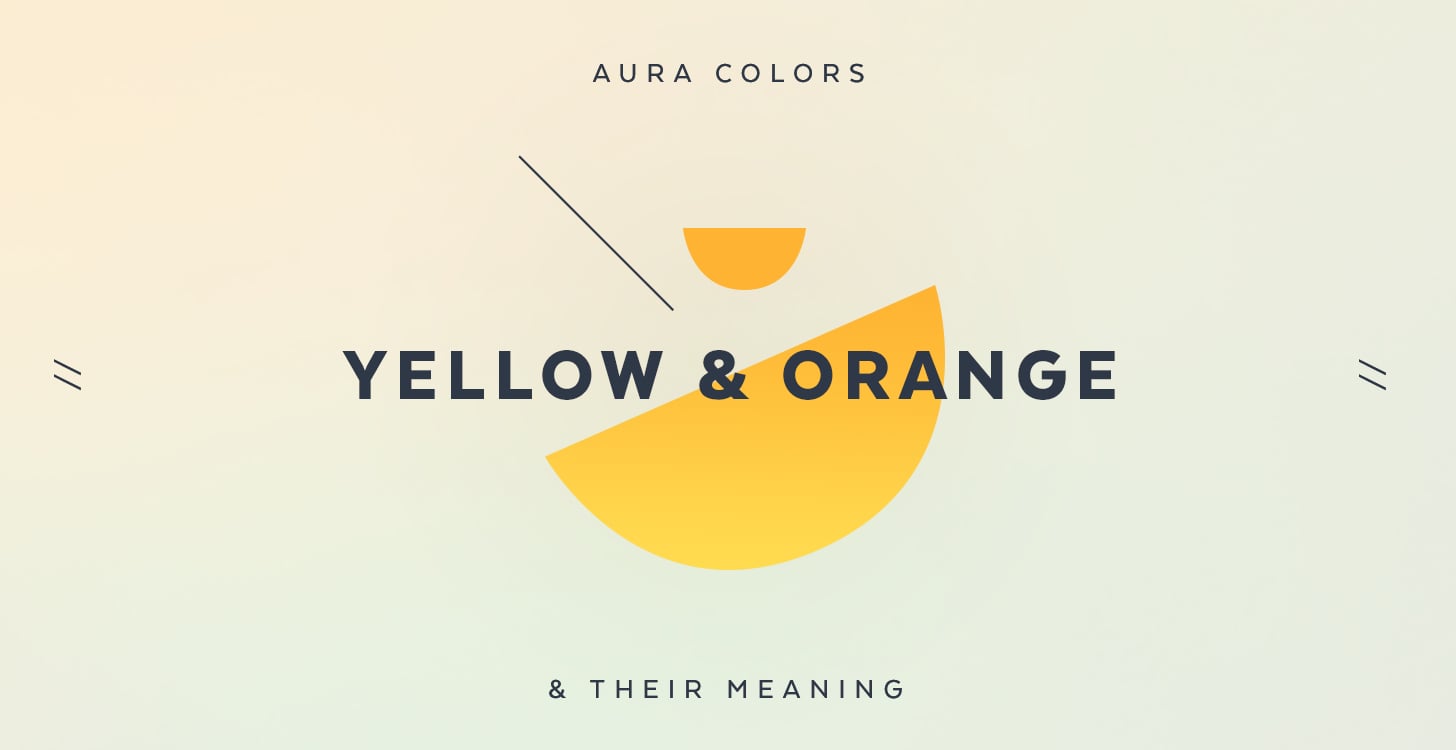 An orange aura indicates that you're creative and charismatic. While you value your independence, you also enjoy collaborating with your peers, especially on your passion projects. In both auras and life, the color yellow represents optimism and enthusiasm. People with yellow auras tend to be playful, positive, and open-minded, and love freedom and variety.

Tune into Almost Family to see which sibling will show orange as their true color — without a doubt the new sisters (and brothers) will need to find a way to collaborate as a family and find common ground. 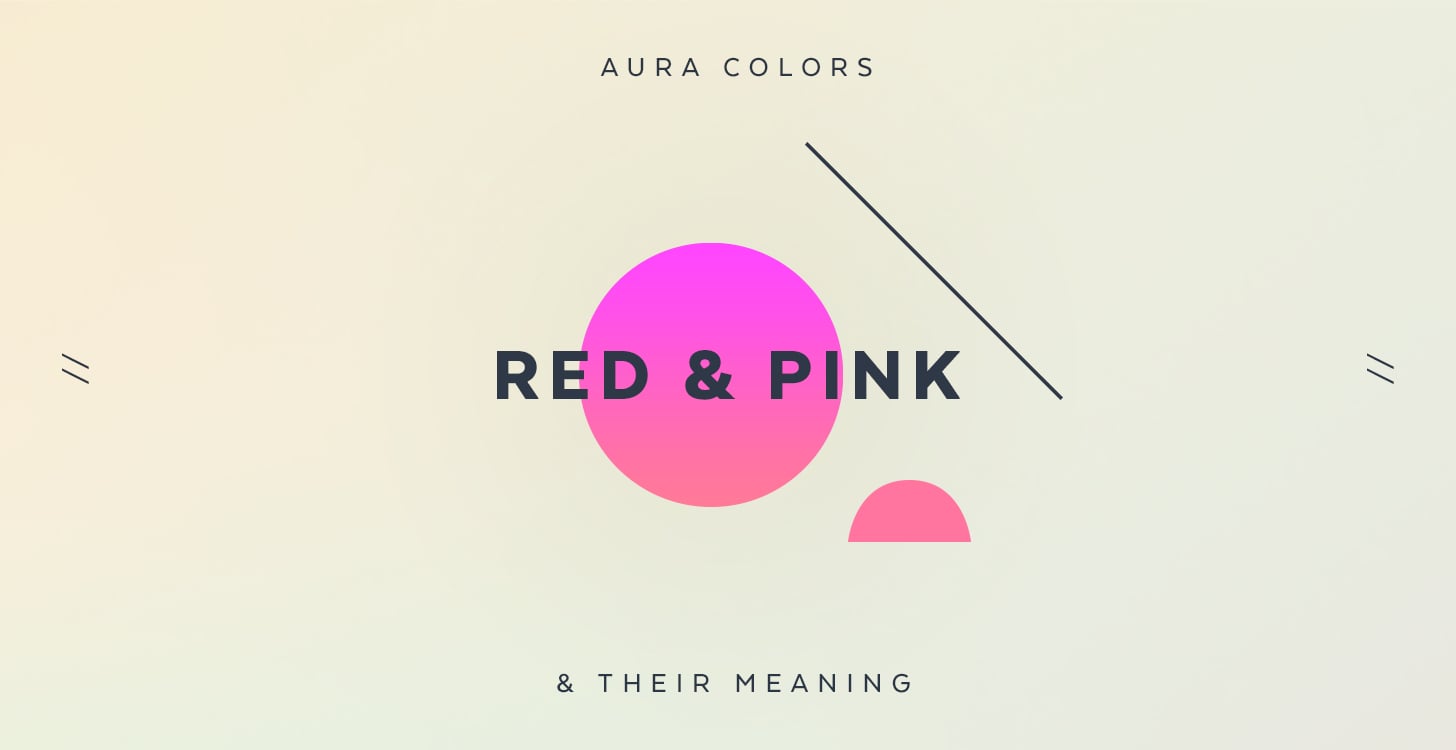 In aura reading, the color red symbolizes strength, passion, and willpower. People with red auras tend to be natural-born leaders and value practicality. A pink aura, on the other hand, indicates a loving, supportive, and sweet personality. You have a big heart and a relaxed demeanor that others are drawn to. If your ideal pink is really more of a magenta, that suggests you're an explorer at heart with a strong sense of adventure.

Much like Almost Family’s central character, Julia Bechley, you’re both sweet and strong, with a personality that lends itself to leadership, even in the face of difficult situations. 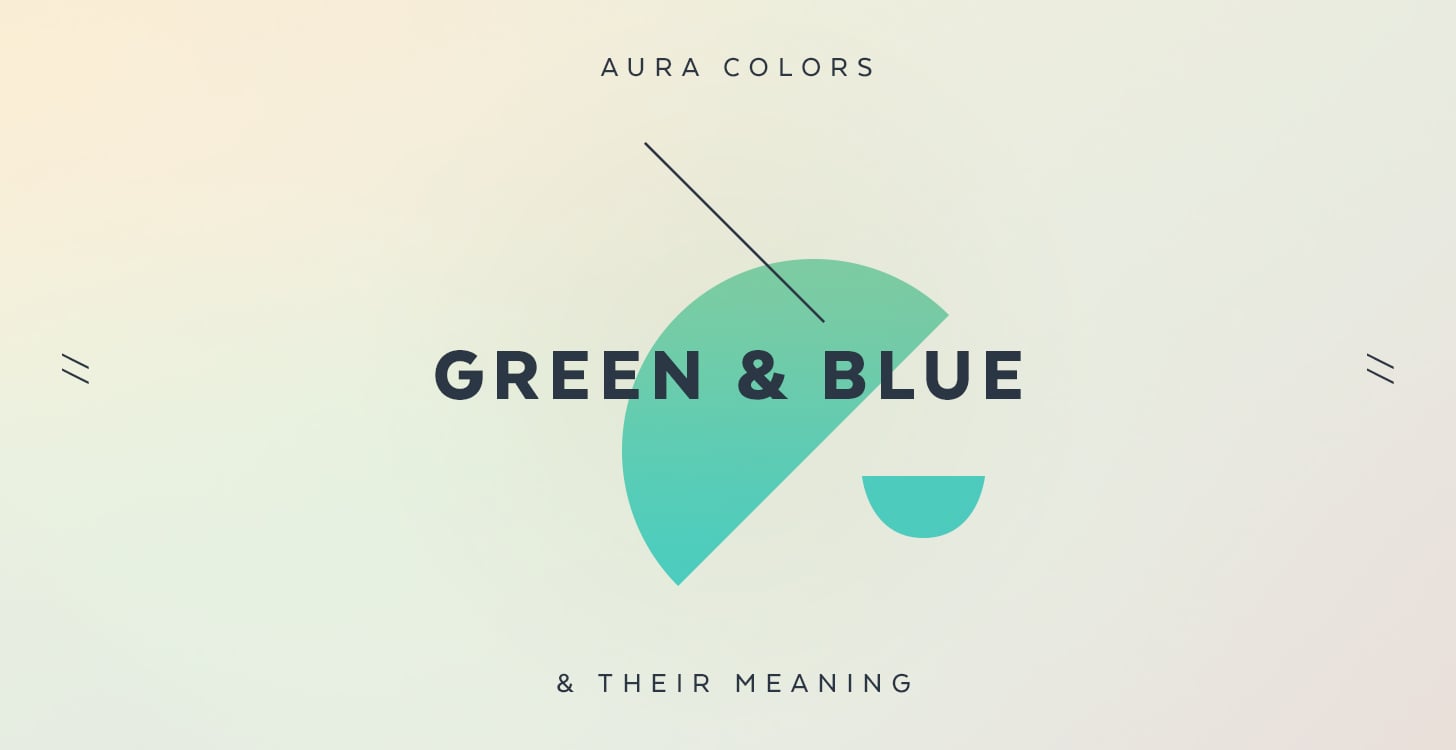 These hues bring to mind verdant meadows, serene lakes, and wild oceans — nature's beauty at its finest. A green aura indicates that you're determined, focused, and goal-oriented — so you can also be ambitious, competitive, and a perfectionist. On the other hand, people with blue auras are naturally positive, calm, and imaginative. But what about a combination of the two colors, like teal or turquoise? People with turquoise auras typically have a high awareness for different vibes and a strong sense of inner purity.

You’ll see a lot of yourself in Almost Family’s hot-shot prosecutor Edie Palmer — you're strong-willed and competitive. 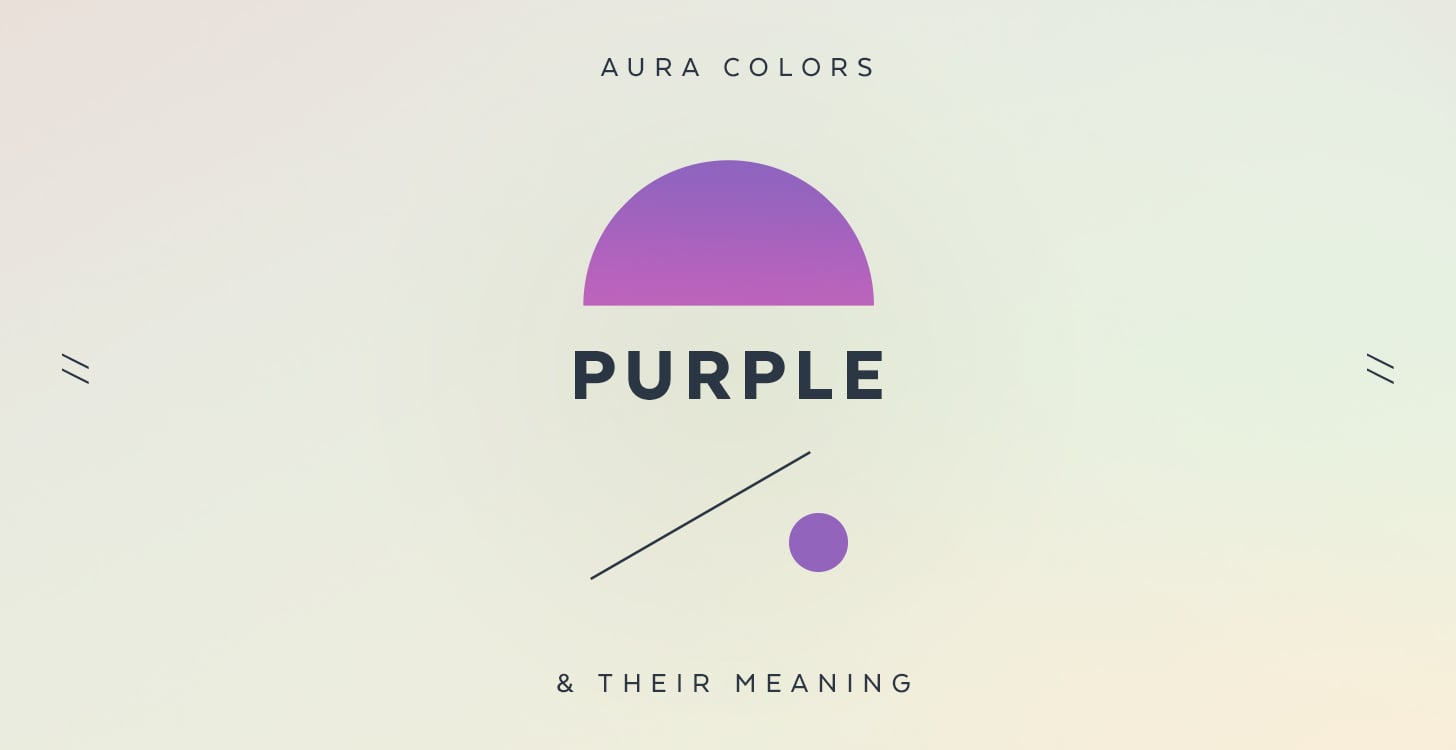 The color purple is often associated with playfulness and happiness, and people with purple-hued auras tend to be unconventional visionaries. Purple auras also indicate a judgment-free zone — nothing is off limits with these people.

You probably identify most with Almost Family’s fiery former Olympic athlete Roxy Doyle, a no-filter wildcard with a big heart. 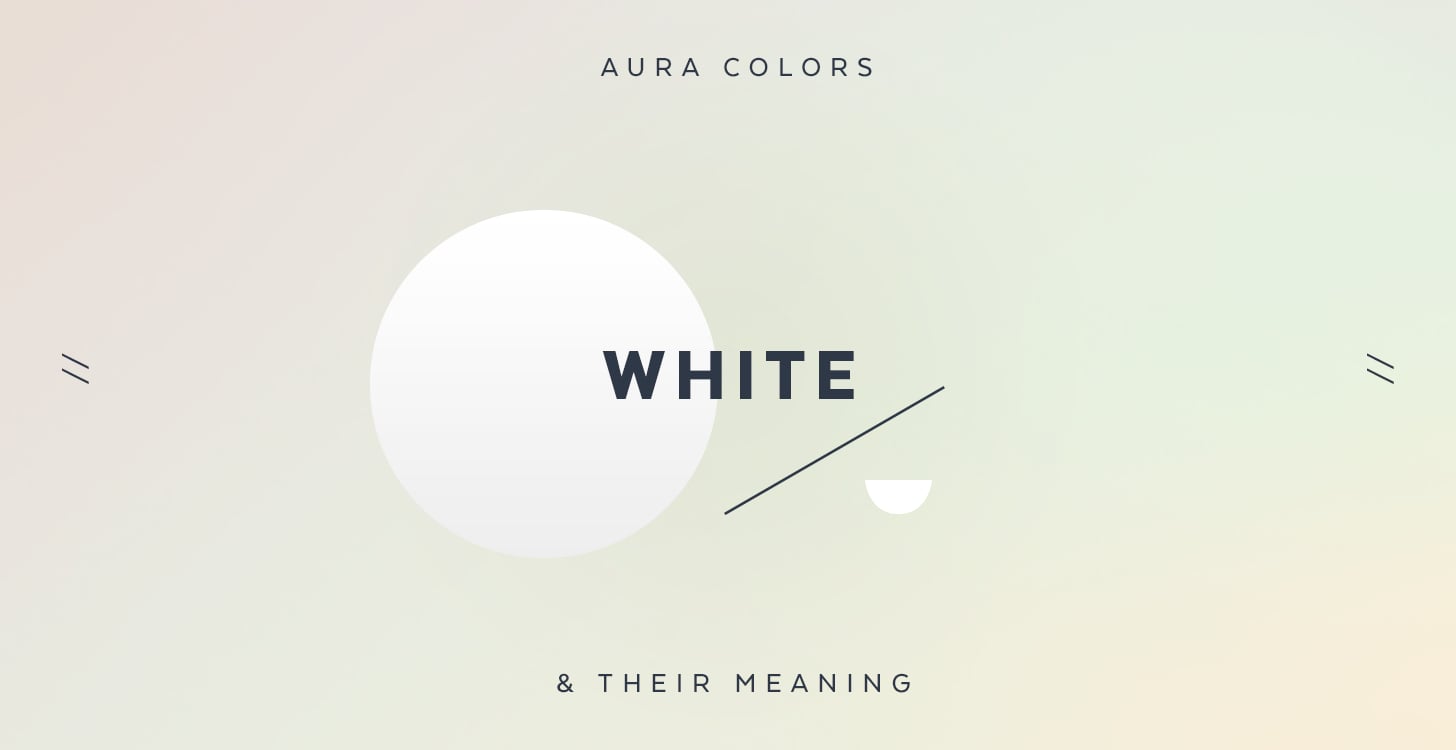 A bright white aura symbolizes the ability to tune into a higher consciousness and cosmic wisdom. People with white auras tend to have an intense energy and strong sense of destiny.

Here’s hoping some of the siblings on Almost Family tap into their white auras and are able to realize the potential of their destinies within a new family unit.

To get your own aura reading, head over to our Aura page and see what your energy field means. And don't forget to tune into the premiere of Almost Family on Wednesday, October 2nd at 9 p.m. EST/8 p.m. CST on FOX.