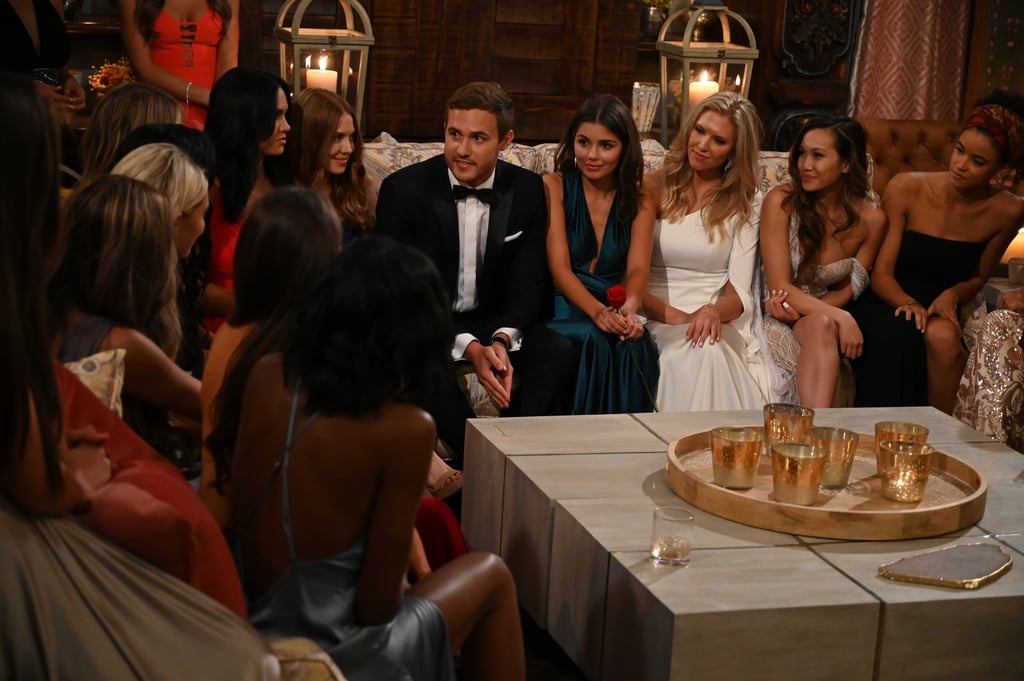 Peter's season of The Bachelor is over halfway through, and we're already in the drama. In the sneak preview for the rest of the season, one clip in particular has spawned countless theories: Peter's mom, in tears, pleading with Peter, "Don't let her go. Bring her home to us!" Of course, there's no real clue about who she's talking about, but whoever it is must have made a pretty big impression on Mama Weber! So who could it be?

We know a few things for sure about the woman she's referring to. First off, whoever it is must — obviously — be someone she's met, which means that it has to be one of the women who gets far enough in the competition to visit Peter's hometown (or who meets his parents some other way, as Madison did in the very first episode). An Entertainment Tonight report seems to confirm that, reporting that Barbara Weber's emotional plea comes on the final week of filming. We won't know for a while what the context of the moment is, but for now, here are four potential theories about who "her" is.