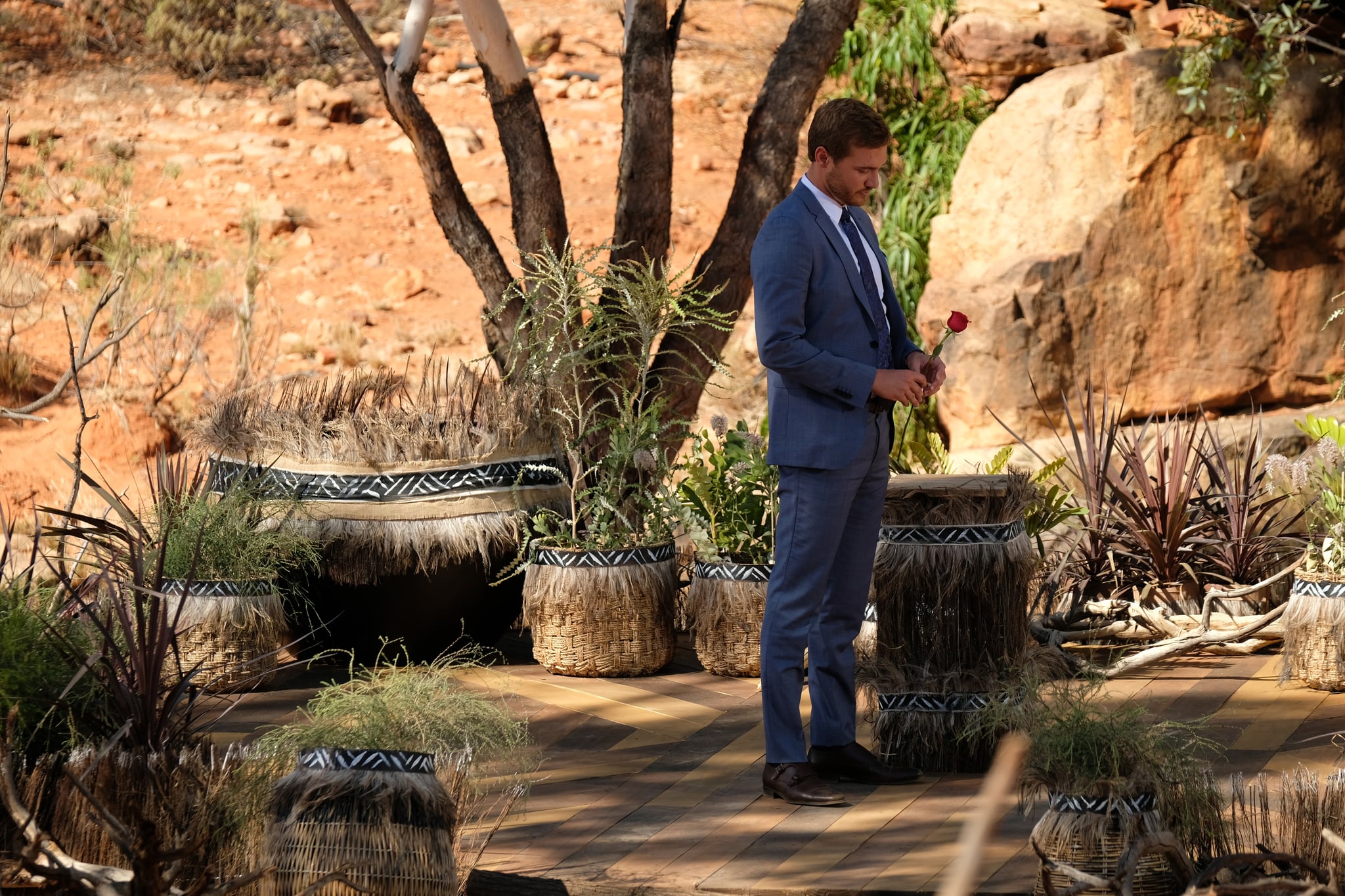 After Madison Prewitt became the center of controversy on The Bachelor during Fantasy Suites week, rumors swirled that she was going to leave the competition on her own. While that didn't happen during the final three, like some theorized, it did happen after all — only days before the final rose ceremony. In the first half of the two-part finale on Monday night, Madison broke things off with Peter officially. Here's how the big twist went down, start to finish.

As we all expected, this week featured the ongoing saga of Madison's hurt over Peter's choice to sleep with Hannah Ann and Victoria F. during the Fantasy Suites, after she'd confided to him that it would make her uncomfortable.

"This is your journey and you are a big boy and you can make decisions for yourself, but I did want you to understand the weight and the gravity of the importance of that week for me and what I was OK with and what I wasn't OK with. I felt like you really just put your feelings and your needs and your wants like way above mine, and that was really hurtful," she said. Peter responded with his own concerns about Madison keeping her feelings more private.

"I know that I've hurt you in a lot of ways and I'm so sorry, and I totally get where you're coming from and why this is so difficult for you and why it means so much . . . Maybe you don't want to hear this, but you're the only person that I truly don't really know how you feel. And maybe you're not on a level that I'm at with you, and that's okay, but I feel like up to this point and me being so close to this type of decision, that that is something I should know. And I felt, going into that situation, I had someone that means the absolute world to me still hasn't even told me how she feels about me, and is now, as much as I don't want it to sound this way, is kind of an ultimatum."

Somehow, the episode cut from their conflict to Madison telling Peter that she loves him and them going to meet his parents and his brother. The visit was a little bit awkward, especially when Peter alluded to their relationship hitting a "roadblock" and his father asked what that roadblock was. Throughout the visit, Peter's parents seemed very uncertain about whether or not Madison and Peter were really a good match.

After that visit, we finally found out the context of Peter's mom's much-teased "don't let her go . . . bring her home to us" line — and it's about Hannah Ann! She called Madison a "sweet girl" but called Hannah Ann "an angel," and referred to Madison's Fantasy Suite conflict as "forbidding" Peter to sleep with the other women. Peter, however, was still torn, and although he clearly was affected by his family's opinions, he also still seemed more uncertain than ever.

Madison got the first of the two final dates, but the difficult visit with Peter's family was clearly hanging over their date. That's when she finally took things into her own hands and made a decision that pretty much never happens at this stage on the show: she told him she was walking away.

"I want this so badly, but I think when you want something so badly, I think a lot of times you can't see clearly. And as much as we want this, I don't know that we can give each other what we need," she told Peter. "And sometimes I think . . . being a good fighter is knowing when to surrender. And I do think that love still wins and I do still think love still conquers all because I'm willing to walk away so that you can get what you came here to find."

Despite Peter's protests, Madison explained, "I don't know that we're the best for each other," citing issues of compatibility and lifestyle. They cried and hugged for a while, then she drove off and he walked away. After his final date with Hannah Ann, Peter admitted to her that he was still torn, and she acknowledged how hurt she was that she was certain about him but he couldn't return the feelings.

It's clearly not the end of the story, though. On the live portion of the show, Chris Harrison told the audience that there's still more to come — and that we haven't seen the last of Madison. The season has been teased all along as one of the most "shocking" finales ever, which suggests that Peter isn't headed toward an easy-choice happily-ever-after with remaining contestant Hannah Ann. Are we headed toward a "run after her" situation like Colton? A dramatic post-show bait-and-switch like Arie? We'll find out tomorrow night, when the season finale airs at 8 p.m. ET on ABC!