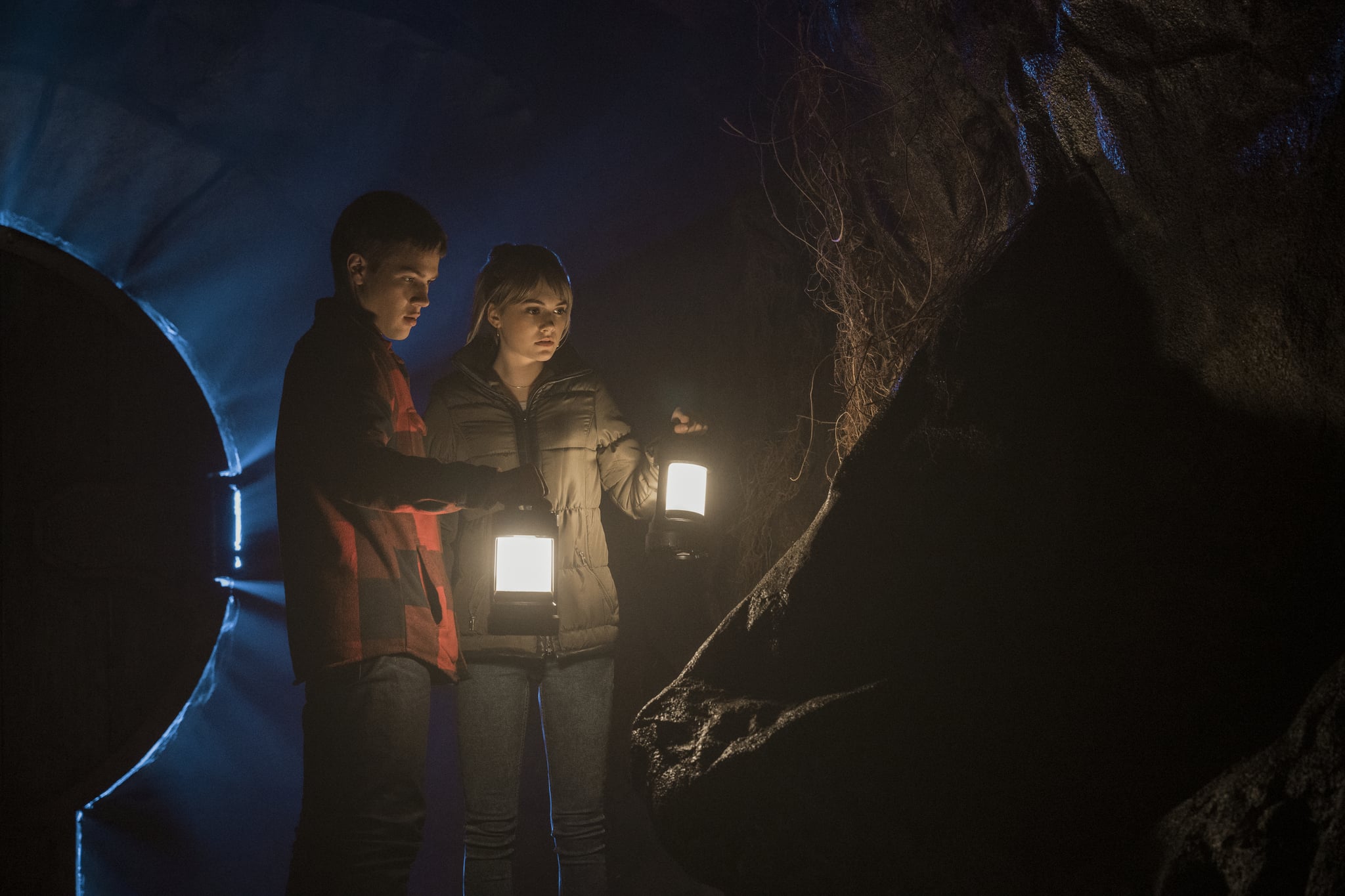 Watch your back for sneaky interdimensional demons trying to possess you! The TV adaptation of Locke & Key, Joe Hill's beloved graphic novel series, will finally have a home on Netflix come Feb. 7. Between The Haunting of Hill House and Chilling Adventures of Sabrina, Netflix has been a hub for the spookiest television out there. So, what exactly are Hill's cult comic books about? Hill's stories, consisting of seven volumes in total, incorporate elements of horror, fantasy, and family drama to show how a death opens up one family's deep, dark secrets. If you haven't read the series yet, fret not. We've compiled key details ahead for a comprehensive framework of the show!

To smooth out the timeline of the series, let's talk about the story out of chronological order. In Clockworks, volume five of the series, Hill explains how a special set of keys came to be. During the American Revolution, a group of Rebels finds a portal to another dimension, the demon-filled plains of Leng. When the demons enter the real world, they turn into whispering iron, which Ben Locke uses to fashion magic keys for Keyhouse Manor. The keys grant access to powers as well as other dimensions. By age 18, children familiar with the magic of the keys forget about it. Fast forward to 1988. Rendell Locke and his friends attempt to trick demons out to create more keys. A demon possesses Lucas "Dodge" Caravaggio, a member of the group, and kidnaps Duncan, Rendell's younger brother. Eventually, Rendall kills Dodge.

What Powers the Keys Hold

The graphic novels feature over a dozen keys, but there are a few that especially stand out. The keys that are the most important include the Omega, Anywhere, Ghost, and Head Keys. The Omega Key is the original one and opens the demonic door. The Anywhere Key, similarly, will open a door to anywhere the holder can visually imagine. Then there's the Ghost Key, which separates the soul from the body of the person who goes through the Ghost Door. One of the trippiest by far is the Head Key, which inserts into a person's head and allows the bearer to toy around with memories.

How the Story Unfolds in Modern Day

The first volume of the series, Welcome to Lovecraft, starts with the Locke children — Tyler, Kinsey, and Bode — moving to Lovecraft, Massachusetts with their mother Nina after Sam Lesser, one of Tyler's classmates, murders their father Rendell while possessed by Dodge. In the small town, they move to Keyhouse Manor, their father's ancestral home. Dodge had sent Sam on a mission to kill Rendell and acquire the Omega and Anywhere Keys, which would free Dodge's spirit from the well at Keyhouse Manor.

Now, here comes the more spoilery part, if you really want to know how the plot entirely unfolds in the graphic novels. Sam eventually escapes prison, then attempts to fulfill his mission for Dodge. Bode unwittingly gives Dodge the Anywhere Key. Dodge, free, escapes the well, kills Sam, and returns to his body from 1988.

By Head Games, Dodge assumes the identity of a student named Zack Wells, befriending the children and seeking out the other keys. Tyler and Kinsey later discover the truth, but Dodge then takes over Bode's body. After tracking down the Omega Key, Dodge releases other demons and kills high school students during a dance in Alpha & Omega. The Locke children manage to trap Dodge's spirit in the well again and cremate Bode so that Dodge can't repossess him. With a small amount of whispering iron that he inherits, Tyler eventually frees the demon from Dodge's spirit and brings Bode's body back.

You'll have to watch the new Netflix series to see how it adapts Hill's graphic novels, but there's a good chance that the supernatural thriller will lock you into its mesmerizing storytelling on the small screen.