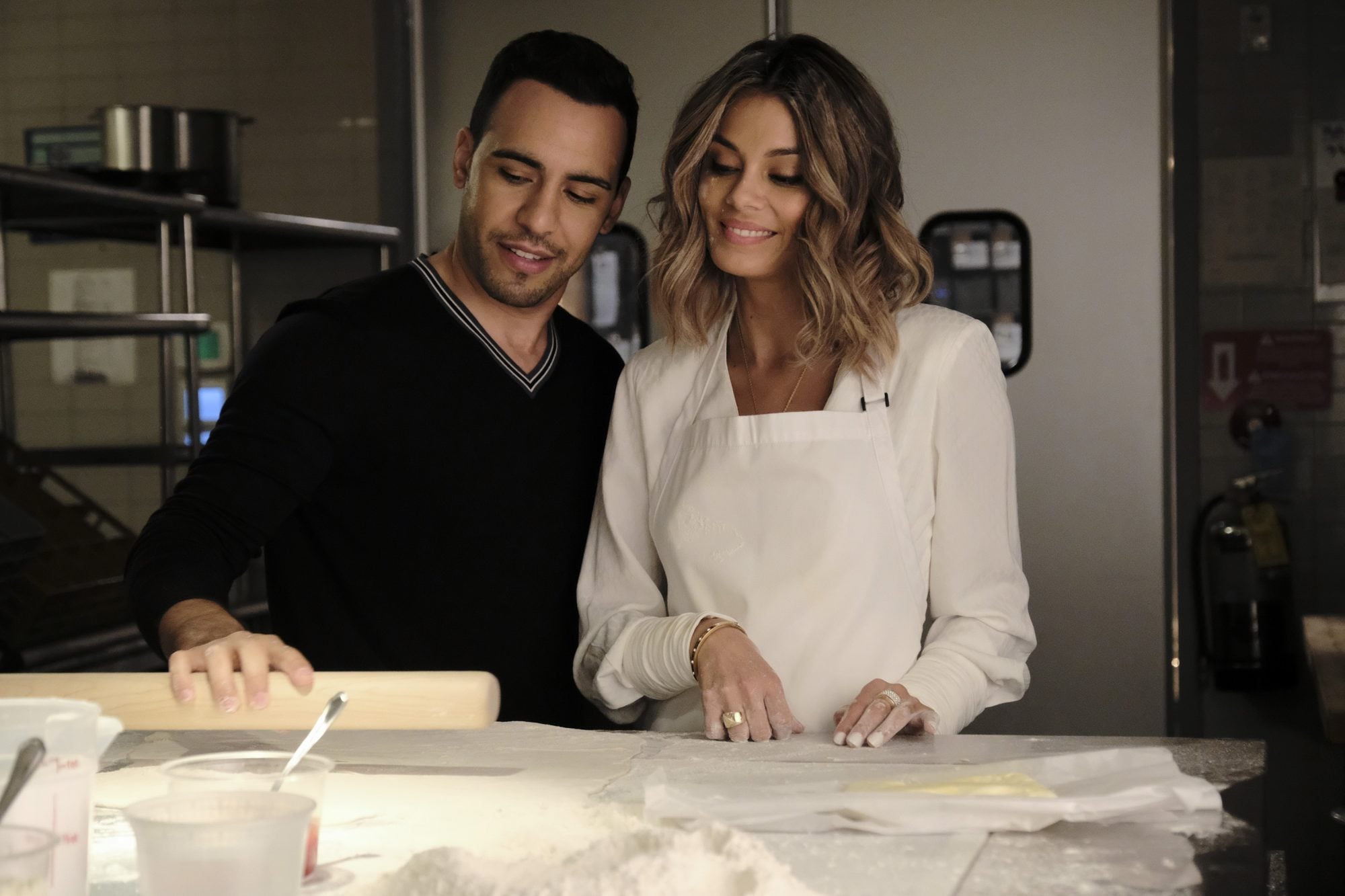 If you've been looking for a new rom-com series to fill the void in your heart left by the end of Jane the Virgin, then we have some good news for you. Inspired by the Israeli rom-com series Beauty and the Baker, ABC's forthcoming series, The Baker & the Beauty, follows the story of a hardworking Cuban baker named Daniel Garcia who happens upon model-turned-fashion mogul Noa Hamilton one night in Miami. Though everything that Daniel has done up to this point has been for his family's bakery, he suddenly finds himself thrust into the public spotlight on Noa's arm. What could possibly go wrong?

Related:
Here Are All of the New Shows Coming to ABC This Fall, and Damn, Do They Look Promising

The trouble begins when Daniel takes his girlfriend of four years, Vanessa, out to dinner in South Beach for their anniversary. Though his family warns him that she'll likely give him an ultimatum soon, he insists he has no interest in getting married — and then he's totally caught off guard when Vanessa proposes to him during dinner. He hesitates, and Vanessa . . . doesn't take it well. (Spoiler alert: she pours his soup on him.) On his walk back home, international superstar Noa (who recently got out of a relationship herself) just so happens to drive by and offers Daniel a ride. The two hit it off, the paparazzi take notice, and suddenly, business is booming at Rafael's Bakery. Daniel's family couldn't be happier, but Daniel still hopes that he can find a love like his parents have — and he wonders if he might find it with Noa.

How to Make It in America's Victor Rasuk stars in the series as Daniel alongside Dynasty's Nathalie Kelley, who plays Noa. Carlos Gomez and Lisa Vidal play Daniel's parents, Rafael and Mari, while David Del Rio and Belissa Escobedo play Daniel's siblings, Mateo and Natalie. The series is set to debut on ABC on April 13, but if you need something to tide you over in the meantime, you can check out the original Israeli series, Beauty and the Baker, which is available to stream on Amazon Prime.

Netflix
Who Was DB Cooper, the Man Who Stole $1.4 Million and Vanished Without a Trace?
by Chanel Vargas 10 hours ago