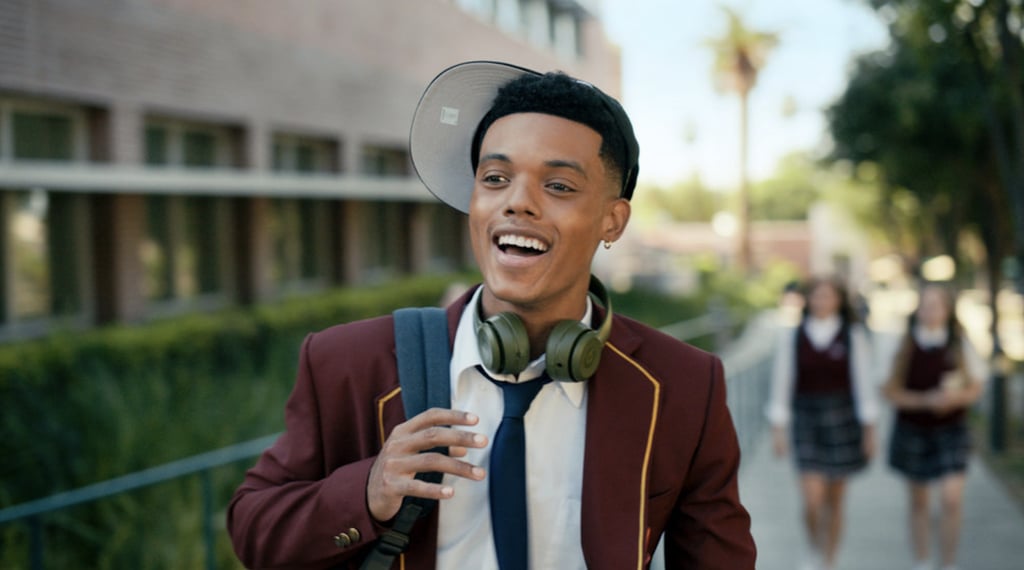 There's a new Prince of Bel-Air in town, and we're not mad about it! NBC's beloved comedy "The Fresh Prince of Bel-Air" is getting the reboot treatment — with a bit of a spin. The modern-day-set series, titled "Bel-Air," is an hour-long show that nods to the same swagger from the original '90s sitcom, but with a dramatic twist. The new show will once again explore Will's (Jabari Banks) journey from the "streets of West Philadelphia to the gated mansions of Bel-Air" — but this time, it'll dig deeper into subjects like race, class, and sociopolitical issues.

The series is inspired by a viral YouTube trailer created and released by "Fresh Prince" superfan Morgan Cooper in March 2019, which Will Smith promptly started turning into a real show. The original "Fresh Prince" is currently available to stream on HBO Max, but the reboot will air on NBC's Peacock on Feb. 13. Back in 2020, Smith revealed that the reboot had already been picked up for two seasons by the streamer, so there are clearly high expectations for the drama.

There's no telling how "Bel-Air" will match up to the original sitcom, but it could be one of the few reboots that actually flourishes outside the shadow of its predecessor. Ahead, get all the details you'll want about the new series, including the plot, stacked cast, and trailers.