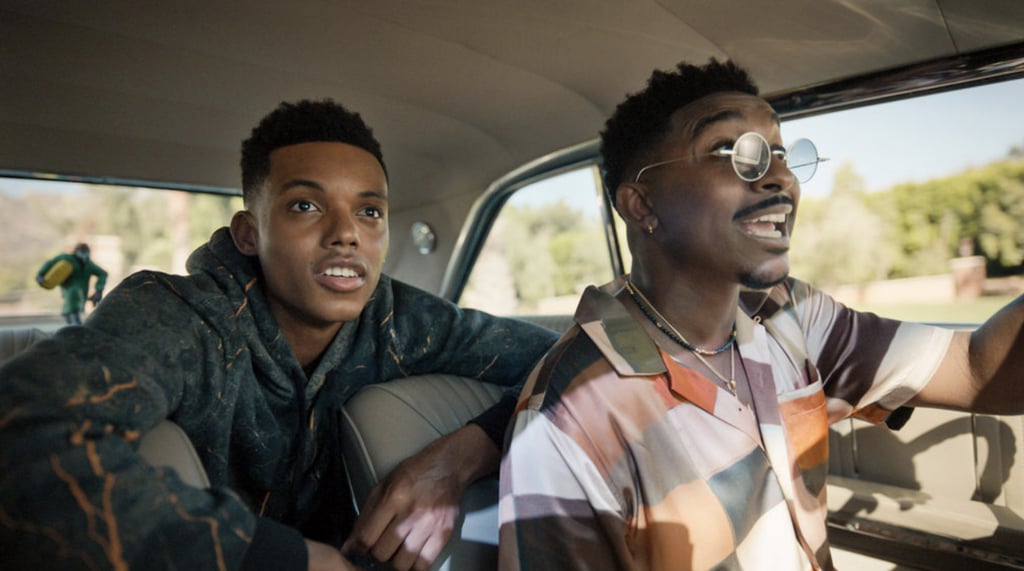 A new iteration of The Fresh Prince of Bel-Air is coming our way on Feb. 13, and we finally know who will be starring in it. After announcing in August that newcomer Jabari Banks will be playing the iconic role of Will (previously played by Will Smith), Peacock unveiled more of the main cast for the anticipated series on Sept. 14, 2021. The new Banks family includes a few well-known names, like V Wars actor Adrian Holmes as Philip Banks as well as former Disney Channel star Coco Jones as Hilary Banks.

On Jan. 20, Peacock announced another slate of new cast members who will be joining the reboot in recurring roles, including Claws star Karrueche Tran, Duane Martin, April Parker Jones, SteVonté Hart, and more. In addition to reintroducing familiar roles from the original sitcom, the hour-long drama will also welcome new characters.

The new series, titled Bel-Air, is a modern-day retelling of the classic '90s sitcom, inspired by a viral YouTube trailer created by Morgan Cooper. Per the show's official tagline, Bel-Air will "dive deeper into the inherent conflicts, emotions and biases that were impossible to fully explore in a 30-minute sitcom format, while still delivering swagger and nods to the original show." Ahead of its Super Bowl Sunday premiere, the show has already been picked up for two seasons. Keep scrolling to check out the main actors in Bel-Air's cast.

Related:
What Has the Banks Family Been Up to Since The Fresh Prince of Bel-Air? Here's a Recap
Previous Next Start Slideshow
The Fresh Prince Of Bel-AirTVCasting NewsStreamingPeacockBel-Air