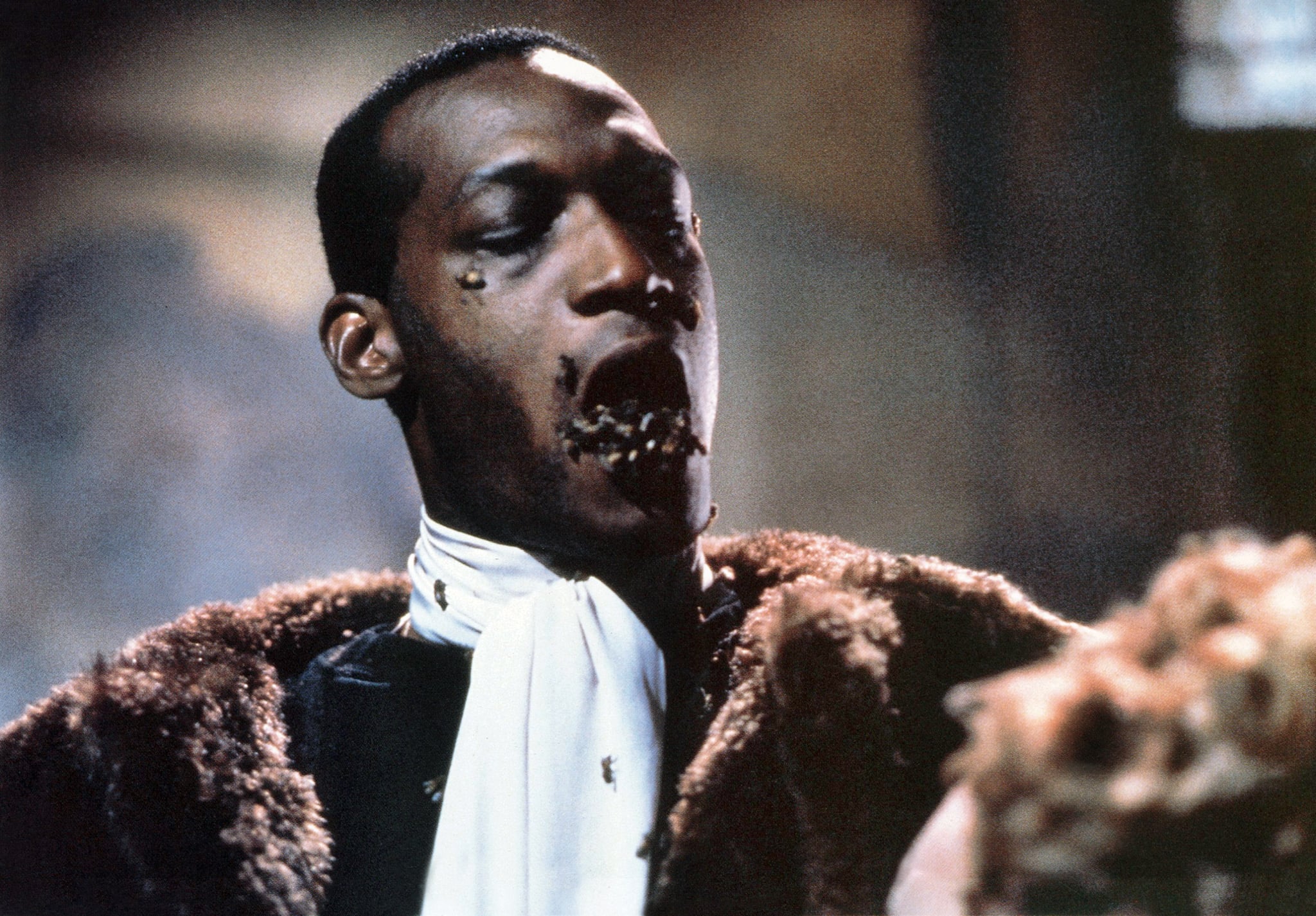 Ever heard that you shouldn't say "Candyman" five times into a mirror? The legend is back in the mainstream now that director Nia DaCosta, backed by Jordan Peele's Monkeypaw Productions, is helming the new Candyman. If you've wondered about the origins of the 1992 horror film, you're not alone. So is the Candyman based on any real passed-down lore about a vengeful ghost? The short answer is no; the Candyman is actually based on horror writer Clive Barker's short story "The Forbidden." Still, there are important and real historical factors to consider.

The Candyman's Legend in the Movie

First, let's talk about the legend in the movie. Basically, the "Candyman" is Daniel Robitaille, the son of a former slave who becomes a successful shoe manufacturer. Daniel establishes a career as a painter and is eventually commissioned to create a portrait of Caroline Sullivan, a white woman with whom he falls in love. Caroline gets pregnant out of wedlock, angering her father. A lynch mob cuts off Daniel's right hand and smears his body in honey, which attracts a swarm of bees that sting him to death.

Now, say his name five times in a mirror, and Daniel's vengeful ghost, cursed with a hook hand and disfigured body, will pop out and kill you. Nonbelievers should also be wary — doubt his existence and he might come for you.

The Candyman's Legend in the Short Story

Barker's "The Forbidden" shares many of the elements in the film (such as the disfigured body), but there are key differences. The greatest one is that Candyman is actually a white man with blond hair and a pale face. Instead of Tony Todd's signature trench coat, he wears a patchwork outfit. The short story also takes place in the slums of England instead of the housing projects of Chicago's Cabrini-Green in the movie.

Barker and director Bernard Rose (of the original film) may have been inspired by other legends, though. There have been many stories about villains with hook hands as well as those about summoning spirits through mirrors. In the Bloody Mary folklore, for example, you say "Bloody Mary" repeatedly into a mirror and she'll scratch off your face.

The Candyman's Roots in Real History

As most anyone can tell you, Daniel's fate and setting aren't entirely the stuff of fiction. After the Civil War, white people did react to interracial relationships with violence, killing Black men to "protect" white women. Anti-miscegenation laws forbade interracial marriage and sex back to the time of the colonies, and they weren't abolished until the landmark Loving v. Virginia case.

Additionally, Cabrini-Green, where the movie takes place, had a violent reputation; there were 11 people murdered and 37 shot in the first three months of 1981.

So, there you have it, an abridged history of the Candyman lore. Even though there's probably no real Candyman, you still won't find us saying his name five times into a mirror.