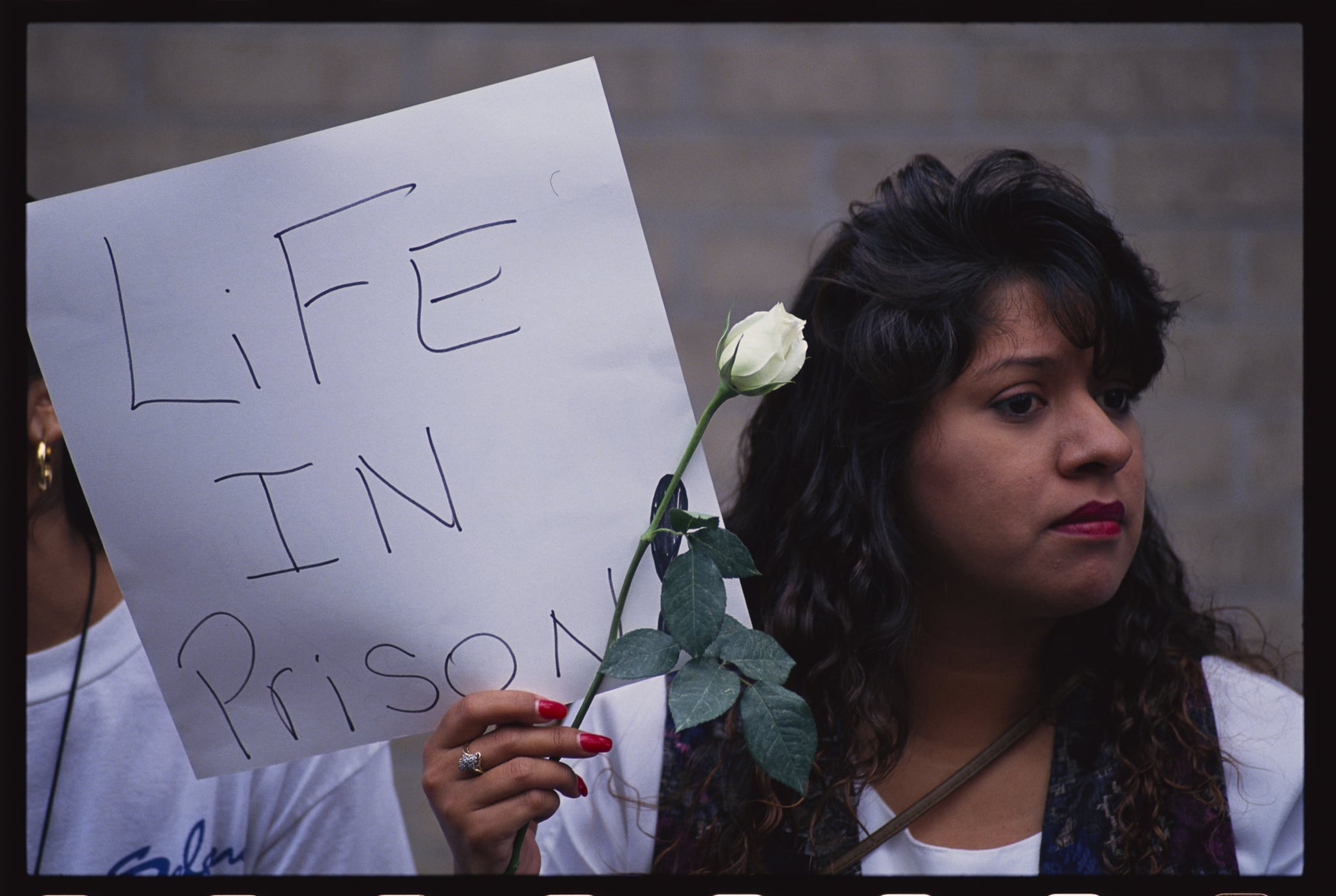 A Selena fan holds a sign outside the courthouse in Houston, TX, during Yolanda Saldívar's 1995 murder trial.

Even if you've just started watching Selena: The Series, or just getting to know the Tejano icon's story, you might already know how it ends: Selena Quintanilla was tragically murdered by Yolanda Saldívar, the president of her fan club. In one of the most devastating turn of events in music history, Selena passed away on March 31, 1995 at just 23 years old after Saldívar shot her in the back. With countless awards, worldwide fame, and a star that just kept shining brighter and brighter, Selena was poised to become the first true crossover artist in history, up until that fateful day. But where is Saldívar now?

As Selena gained fame while she was still alive, Saldívar founded the singer's fan club and became close to the family and inner circle, managing the icon's boutiques and even keeping her own set of keys to Selena's home. But her presence was strange to many, with a designer at Selena's label quitting due to Saldívar's treatment, and fans complaining about their money being stolen. This led to the Quintanilla family accusing Saldívar of embezzling money and firing her. Just weeks later, Selena met Saldívar at a motel in Corpus Christi, TX, to retrieve business documents, and was tragically shot in the back by her, dying at a local hospital that day.

The shooting initiated a nine-hour standoff in the parking lot with police as she threatened to kill herself. Selena's murder was shocking and horrifying to all, which led Saldívar to be sentenced to a maximum of life in prison, with no opportunity for parole until March 2025. The jury deliberated for only two hours, and Saldívar was found guilty of first-degree murder. Today, Saldívar, now 60 years old, is incarcerated at Mountain View Unit, a maximum security women's prison in Gatesville, Texas. She has lost many appeals to reverse her conviction and still maintains her innocence to this day, stating she pulled the trigger by accident and meant to commit suicide instead.

This story of devastating obsession was analyzed by Carlos Valdez, a district judge in Nueces County, Texas who served as lead prosecutor in the murder trial. He told A&E Real Crime that "Yolanda wanted to kill Selena because Selena was firing Yolanda," erasing her sense of self. He continued, "[Saldívar] wouldn't exist if she didn't have Selena. And if she didn't work for Selena, she didn't want to work for anybody."

by Taylor Andrews 1 minute ago