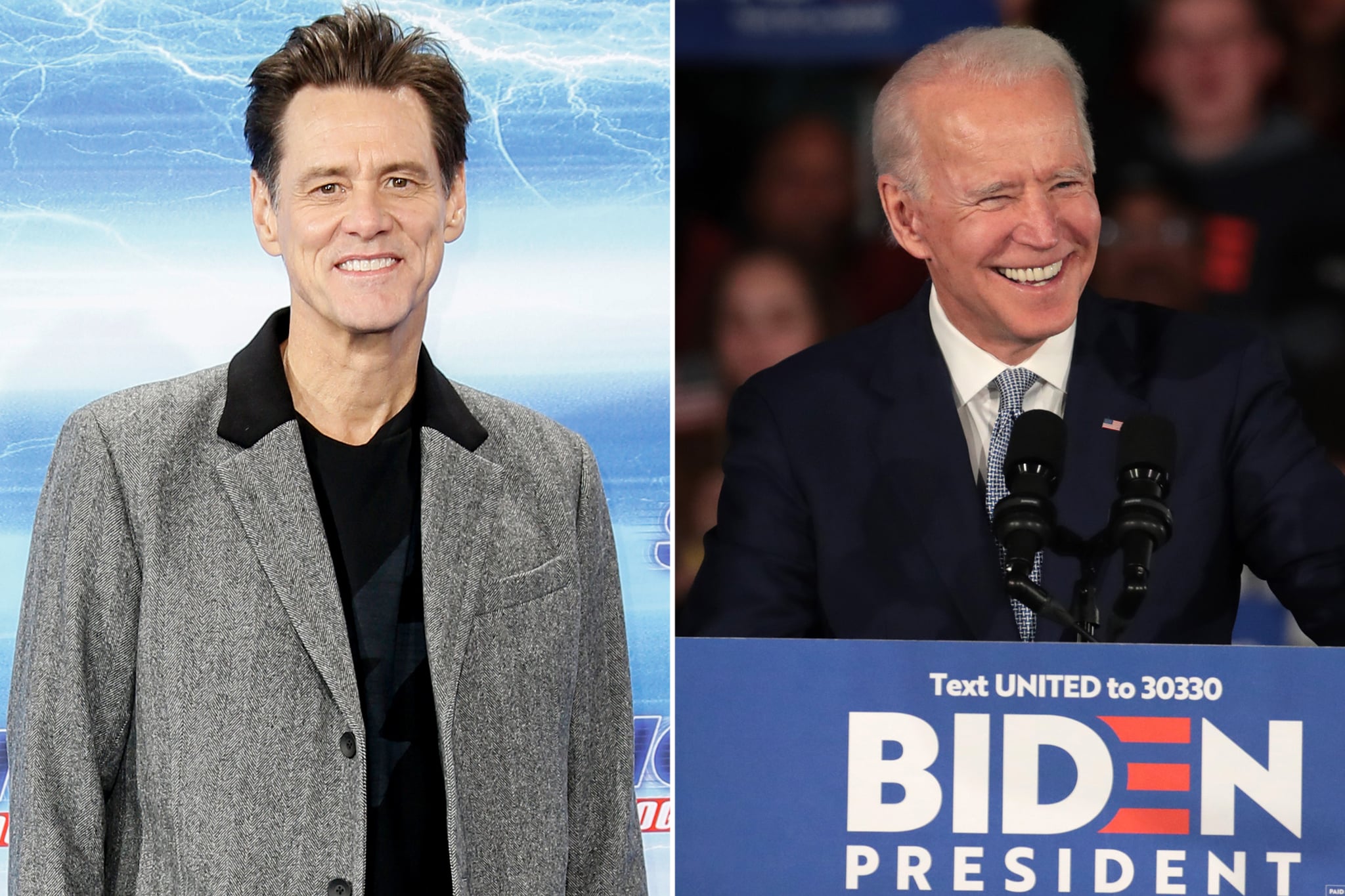 Update: On Dec. 19, Saturday Night Live cast member Alex Moffat made his debut as Joe Biden after Jim Carrey announced he would no longer play the president-elect. Carrey shared the news on Twitter, revealing the gig was "only meant to be 6 weeks." It's unknown if Moffat will carry on the role in the show's next season, but he did pretty well in his first appearance!

Though my term was only meant to be 6 weeks,I was thrilled to be elected as your SNL President...comedy’s highest call of duty. I would love to go forward knowing that Biden was the victor because I nailed that shit. But I am just one in a long line of proud, fighting SNL Bidens!

Original story: Jim Carrey will be playing Joe Biden on the upcoming 46th season of Saturday Night Live. The news was confirmed by SNL in a tweet on Sept. 16 congratulating Carrey on the role. Alec Baldwin and Maya Rudolph are also set to reprise their roles as Donald Trump and Kamala Harris, respectively.

In an interview with Vulture, SNL showrunner Lorne Michaels revealed that the casting had come about due to Carrey's interest in the role. "It came down to discussions about what the take was. [Carrey] will give the part energy and strength." Biden was previously portrayed by Kevin Nealon, Jason Sudeikis, Woody Harrelson, and John Mulaney. We can't wait to see what Carrey brings to the role!

STARZ
Hungry For More Power? You're in Luck — a Third Season of the Ghost Spinoff Is on the Way
by Njera Perkins 8 hours ago

TV
No Surprise, The Sex Lives of College Girls Is Coming Back For a Second Season
by Njera Perkins 9 hours ago