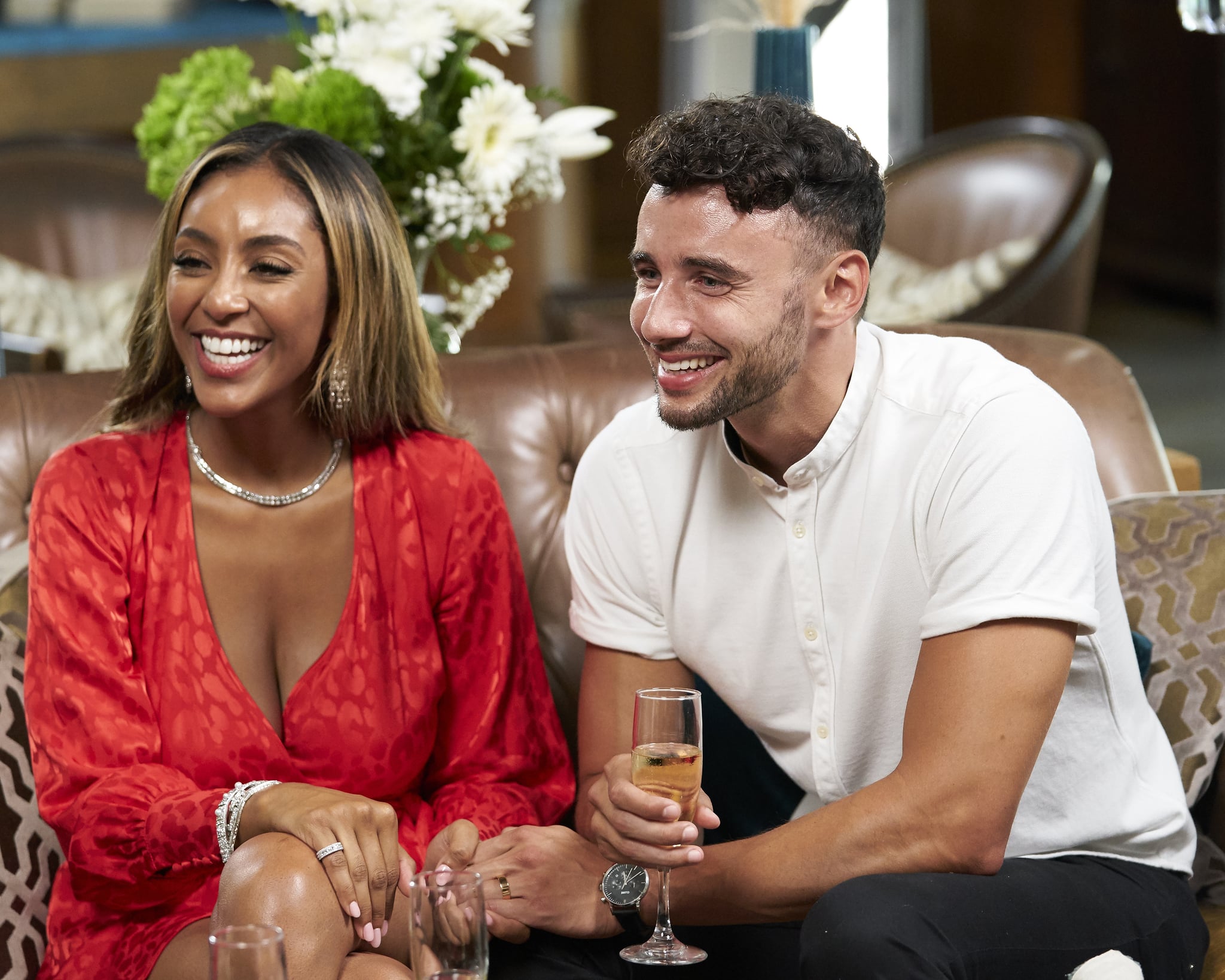 We're one episode away from the final leg of Tayshia Adams's journey on The Bachelorette and the surprises never stop coming. During Monday night's episode, Tayshia went on her Fantasy Suite dates with her final three suitors: Ivan, Brendan, and Zac. Each date was seemingly tailored for each man, yet Brendan's was decidedly not what the commercial roofer was expecting! Ivan broke a world record for the longest and coldest kiss, Zac got to make art with his body, and Brendan went jewelry shopping with Neil Lane himself!

If you're thinking that one of these dates is definitely not like the others, you're not wrong. While Ivan and Zac got a lovely experience for their final dates, Tayshia took Brendan to meet with Neil who showed the pair diamond bracelets and wedding bands, and discussed the seriousness of holy matrimony. The date would have made sense for Ivan and Zac — they haven't been married before and are basically going into this situation with no experience in what marriage would entail. But for Brendan, who explained to Tayshia that his experience with marriage has made him apprehensive about taking the plunge again, the date seemed to do nothing but stress him out.

Related:
Ben Returned to The Bachelorette to Profess His Love For Tayshia and Now Things Are Mixed Up

When the two met back up for dinner after their Neil Lane date, Tayshia confessed that she could sense a disconnect between them. Brendan admitted that despite having strong feelings for Tayshia and believing that he was ready to love again, the journey to the final three made him realize that he wasn't as healed from his divorce as he thought. He said that his heart wasn't "whole" and he decided that he needed to leave because Tayshia deserved more than a partner who wasn't able to give them their whole heart. Tayshia, reasoning that she couldn't make him stay and love her, saw him off to his car and confessed that she had always believed that he would be the one in the end.

While it's heartbreaking seeing two people who love each other say goodbye, there's no doubt that Brendan's decision to give himself time to heal was the right one. (Although I wish he had realized it sooner!) He was visibly feeling anxious about proposing again, the possibility of it not working out, and getting divorced again. While I imagine anyone who has been married before has those same fears, Brendan's were damaging his ability to take his relationship with Tayshia to the next level. We can speculate on whether he would have come to that realization if he hadn't been on a date where an engagement was practically shoved down his throat, but the truth is that the reality of the situation would have always come to him sooner or later. Better it happy before he had to face down Tayshia's family or break her heart during the final rose ceremony. In the end, Brendan made the right decision for him and Tayshia.