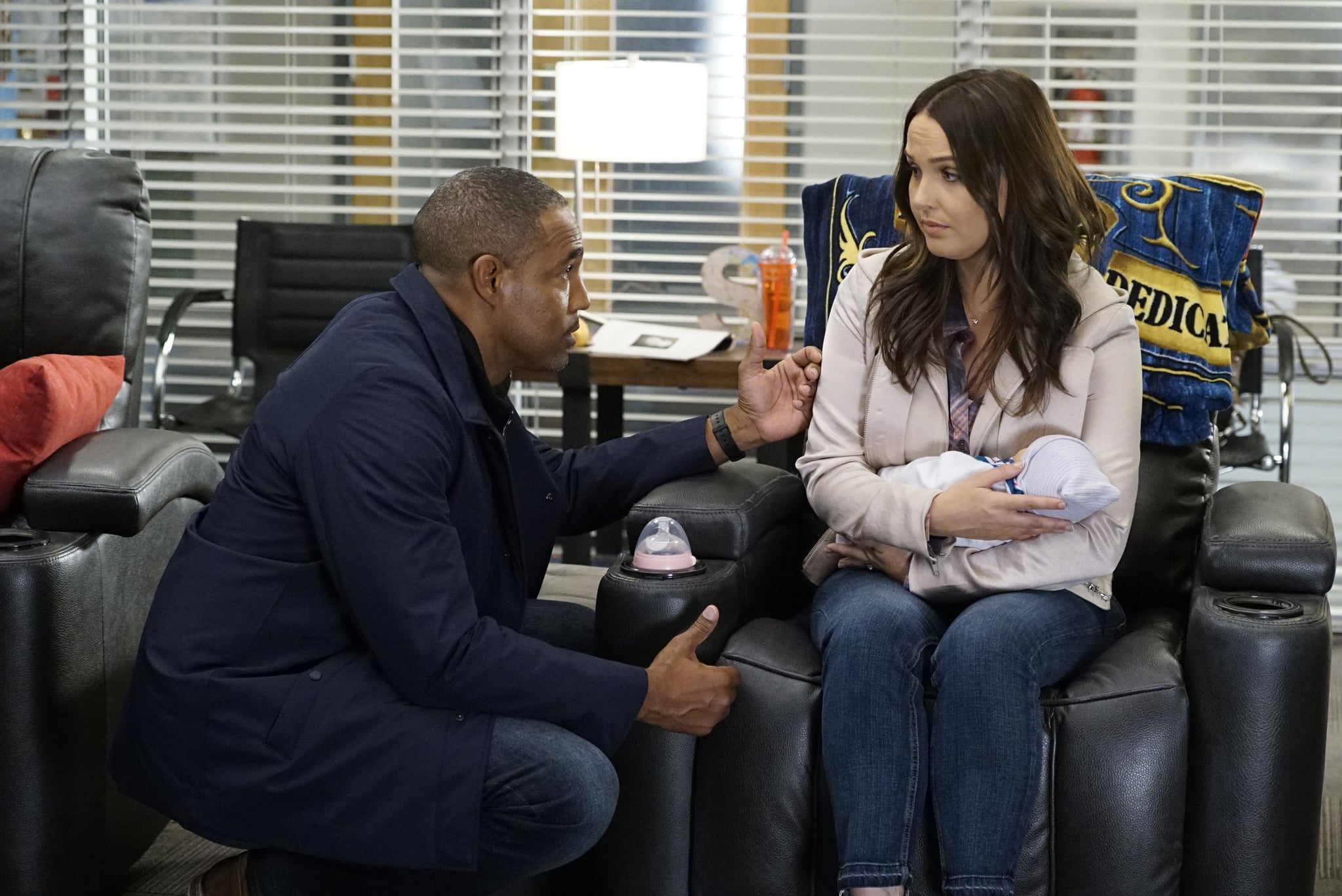 Y'all, the Grey's Anatomy season 16 Fall finale has dawned upon us, and it has given us serious shockers! Echoing Meredith's baby-snatching shenanigans in season eight, Jo Karev has now taken a baby after working as a safe haven volunteer at Station 19. OK, so Jo probably just committed a crime, but it's nice to see her happy after the writers put her through hell when she met her biological mother. Here's why it's likely that Jo and Alex will go down the adoption route — even if Grey's has been having fun with surprise pregnancies lately.

Grey'shas been hinting at a Jolex baby for a while. Back in season 12, Jo learns about Alex and Izzy's frozen embryos from when the latter had cancer, and they briefly talk about their future together. Alex was down to have a baby with Jo, but they both decided that it wasn't time for them yet. Fast forward to season 16 when Jolex legitimately get married on Halloween, Jo jokes with Alex about being pregnant. Lately, she's been going through a rough patch, sinking into a depression after learning why her mother left her at a fire station. (Jo's biological father sexually assaulted her biological mother.) The reason she contacted her mother in the first place was because she took a gene test to learn her medical risks . . . just in case she and Alex wanted a baby.

By the season 16 finale, we see Jo trying to heal from this experience by helping abandoned babies at the station. While chatting with Ben, she instantly bonds with the newborn. The end of the episode shows her with the baby at home. Jo calls Link over and tells him that it might've been "too much, too soon." You think?!

Jo and Alex do seem like they want children together at some point, even if Jo just got her footing as an attending and Alex is trying to salvage Pac North as chief. Jo's bond with the infant pretty much feels like serendipity at this point. While Alex will definitely have concerns, we know he'll be Team Jo through all of this, being a former kid in the system himself. OK, but what about the legal ramifications of Jo snatching a baby from the fire station? Well, Meredith kidnapped Zola a while back and look at the mother and daughter now! People probably can't get away with murder on Grey's, but they pretty much get away with everything else.

Amid the DeLuca and Meredith break and bitter Jackson and Maggie split, Alex and Jo remain one of the rare steadfast couples on the show. We just want them to be happy, with or without a bundle of joy.